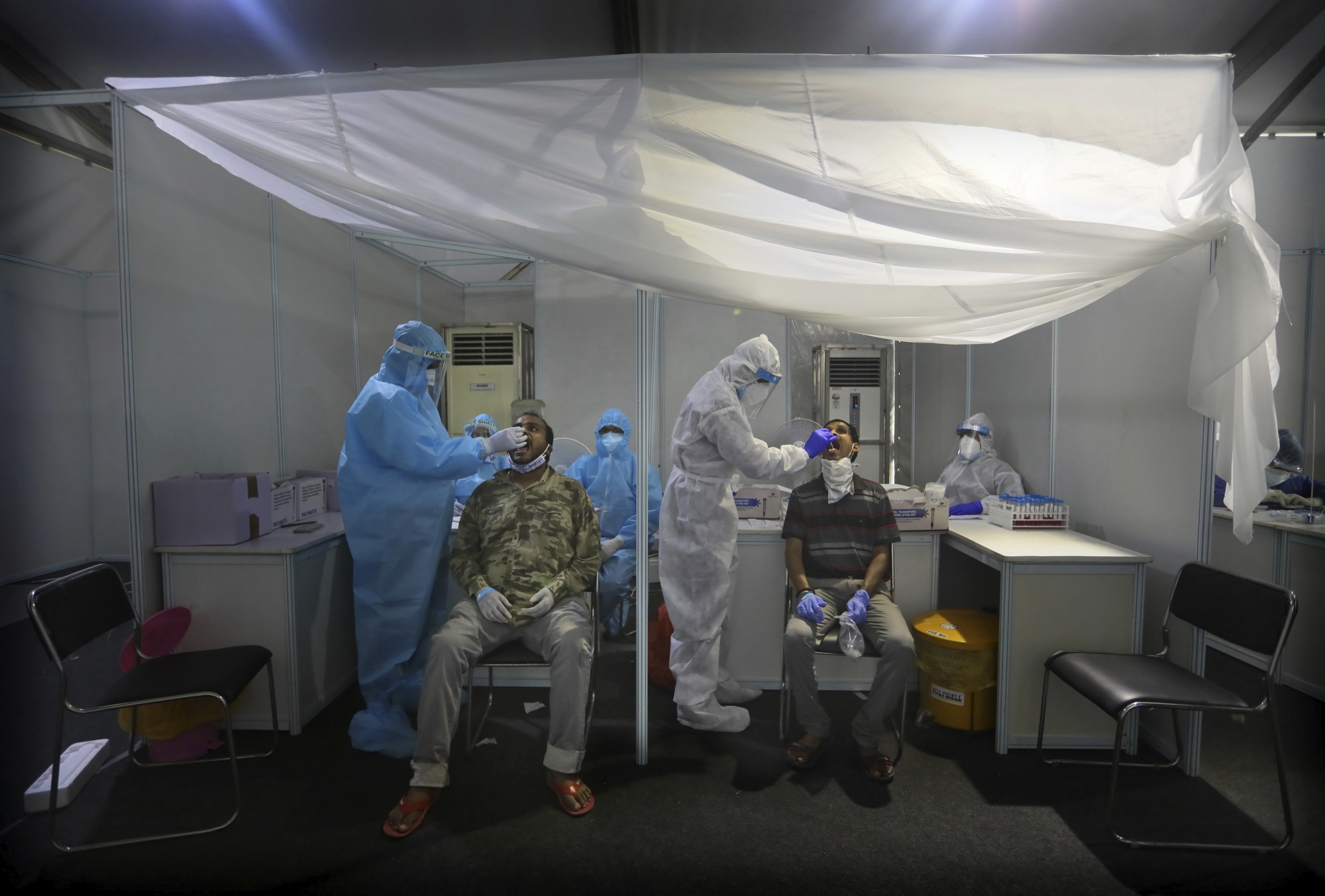 SEOUL, South Korea (AP) — South Korean prosecutors arrested the elderly leader of a secretive religious sect Saturday as part of an investigation into allegations that the church hampered the government’s anti-virus response after thousands of worshippers were infected in February and March.

Prosecutors in the central city of Suwaon have been questioning 88-year-old Lee Man-hee, chairman of the Shincheonji Church of Jesus, over charges that the church hid some members and underreported gatherings to avoid broader quarantines.

The Suwon District Court early Saturday granted prosecutors’ request to arrest Lee over concerns that he could temper with evidence.

Lee and his church have steadfastly denied the accusations, saying they’re cooperating with health authorities. Its spokesperson, Kim Young-eun, said the church will do its best so that “the truth is clearly proved in court.”

More than 5,200 of the South Korea’s 14,336 COVID-19 cases have been linked to the church so far. Its branch in the southern city of Daegu emerged as the biggest cluster after infections spiked in late February.

Health authorities used an aggressive test-and-quarantine program to contain the outbreak in Daegu and nearby towns by April, but the country has seen a resurgence of the virus in the Seoul metropolitan area since late May.

South Korea’s Centers for Disease Control and Prevention on Saturday reported 31 newly confirmed cases. At least 23 of the, were tied to international arrivals.

The country recently reported dozens of infections among South Korean constructions airlifted out of virus-ravaged Iraq and crew members of Russia-flagged cargo ships docked in the ports of Busan and Incheon.

In other developments in the Asia-Pacific region:

— India recorded the steepest spike of 57,118 new cases in the past 24 hours, taking its coronavirus caseload close to 1.7 million, with July alone accounting for nearly 1.1 million infections. The Health Ministry on Saturday also reported 764 additional deaths for a total of 36,511. India’s Civil Aviation Ministry delayed resumption of international flights by another month until Aug. 31. But it will continue to allow several international carriers from the United States, Europe and the Middle East to operate special flights to evacuate stranded nationals. Health Minister Harsh Vardhan said Friday that India achieved more than 1 million recoveries with active cases only one-third of the total. India is now conducting more than 640,000 tests in 24 hours, taking cumulative tests across the country to nearly 1.9 million, he said.

— The Australian state of Victoria has recorded three more deaths from the coronavirus and 397 additional cases, a significant drop from this week’s high. Victoria Premier Daniel Andrews said he understood the latest deaths were linked to aged care, where 1,008 cases are currently active. They take the national death toll to 201, including 116 in Victoria. Authorities warned that many of those infected were failing to self-isolate at home. Andrews said he was looking at whether there needed to be changes in fines for people who have tested positive but were not at home when military personnel and public health officials came knocking. “A much bigger fine” through the courts is being considered, he said.

— China reported a more than 50% drop in new cases of COVID-19 on Saturday in a possible sign that its latest major outbreak in the northwestern region of Xinjiang may be waning. The 45 new cases over the past 24 hours, 31 of them in Xinjiang, where the outbreak has been focused on the regional capital Urumqi, is down from 127 cases nationally on Friday, including 112 in Xinjiang. The National Health Commission on Saturday also reported eight new cases in the northeastern province of Liaoning, where officials in the port city of Dalian have collected nucleic acid tests on more than 4 million people. Another six cases were brought by Chinese travelers from overseas. In Hong Kong, infections continue to surge with more than 100 new cases reported daily, bringing its total to 2,273 as of Saturday morning, with two new deaths for a total of 27. Hong Kong has reimposed social distancing and mask wearing requirements, and its leader Carrie Lam on Friday announced that legislative elections scheduled for September will be delayed for a year. Critics called the move politically motivated.

— Vietnam reported a third death from coronavirus complications, a day after its first-ever COVID-19 fatality as it struggles with a renewed outbreak after 99 days with no local cases. All three died in a hospital in Da Nang, a hot spot with more than 100 cases in the past week, more than half of them patients. The country’s first fatality was a 70-year-old who was being treated for a kidney illness. Da Nang is Vietnam’s most popular beach destination, and thousands of visitors were in the city for summer vacation. Across the country, authorities are rushing to test people who have returned home from the coastal city. Fifteen other patients with COVID-19 are in critical condition, officials said. All have other underlying illnesses. On Saturday morning, the Health Ministry confirmed 12 more cases, all linked to the hospital.