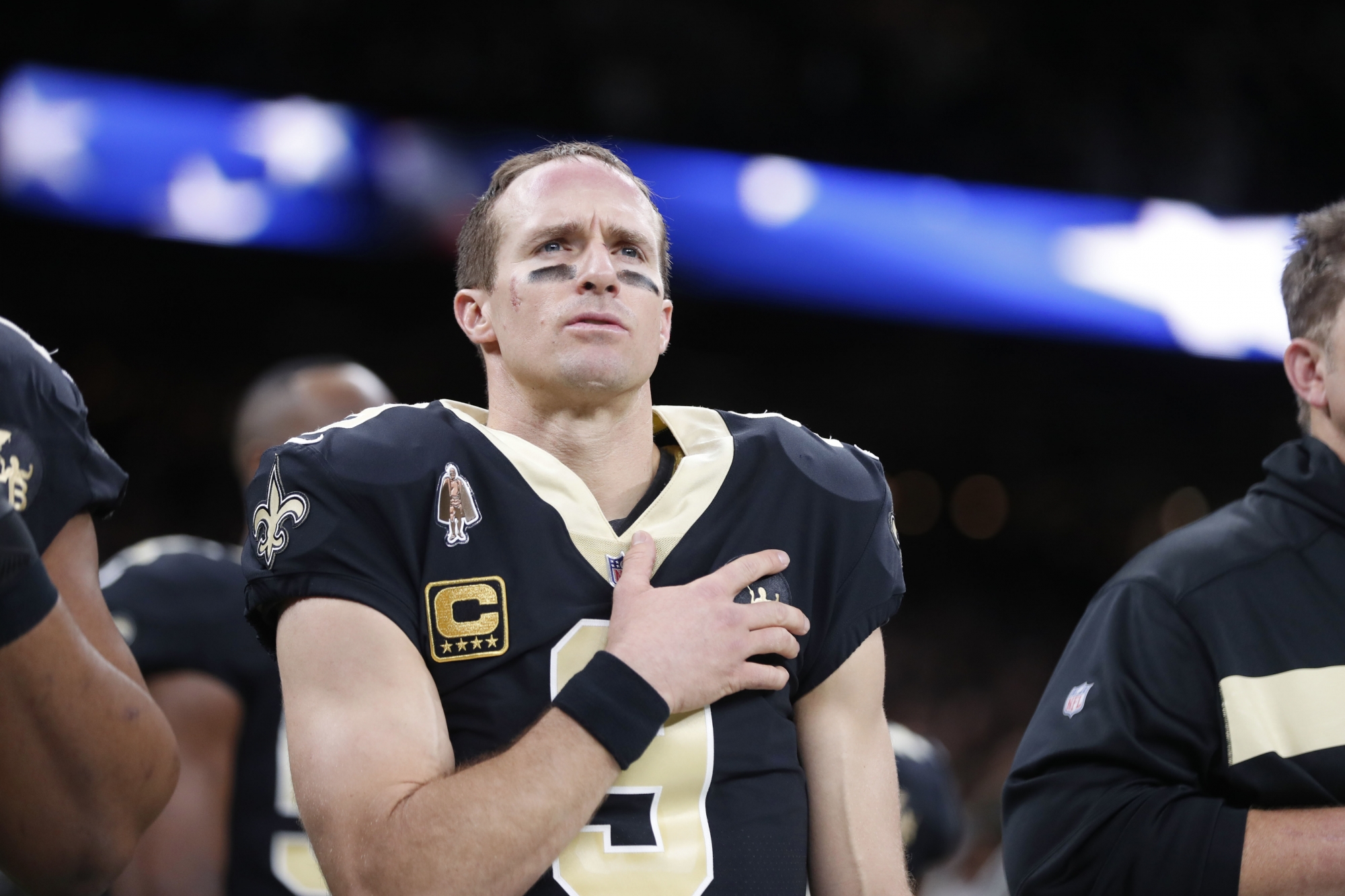 NEW ORLEANS (AP) — Saints quarterback Drew Brees says he will continue to stand for the American flag but respects and supports any form of peaceful demonstration — including kneeling during the national anthem — by those protesting social injustice and systemic racism.

“I’ll always stand for the flag because of what it means to me and to honor all those who have sacrificed, who have served and died for our country, and all those who have struggled to move this country forward,” Brees said Saturday in a conference call with media to discuss the onset of training camp.

“I acknowledge and respect anyone who chooses to kneel or any other form of peaceful protest to bring attention to social injustice and system racism that so many have endured and continue to endure in our country,” Brees continued, adding that he “always will support and advocate for Black an brown communities in the fight for social justice.”

The 41-year-old Brees, who is the NFL’s all-time leader in yards passing, completions and touchdowns, is entering his 20th NFL season and 15th with the New Orleans Saints.

Brees became seen by many as a symbol of white privilege when he reiterated his long-held opposition to anyone kneeling during the national anthem, saying he would never approve of anyone disrespecting the flag. Those comments came as protests were proliferating across the country in response to a white Minneapolis police officer’s video-recorded killing of George Floyd, who is Black.

Brees faceda scathing backlash from several current and former Black teammates and other high profile athletes such as LeBron James. But the quarterback apologized soon afterward and said he realizes now that protesting by kneeling during the anthem, initiated by former San Francisco QB Colin Kaepernick in 2016, was “never about the flag.”

Brees revisited his June comments and his regret about making them on Saturday.

“To think for a second that New Orleans or the State of Louisiana, or the Black community would think I was not standing with them for social justice, that completely broke my heart. It was crushing. Never, ever would I feel that way,” Brees said.

“I recognize that I missed an opportunity that day. I had an opportunity to talk about and emphasize the social injustices that exist for our Black community and our need as country to support them and advocate for systemic change. And my lack of awareness in that moment hurt a lot of people.”

Brees added that he has had many conversation with teammates since then and particularly in recent days and that they have “reconciled and put closure on anything from the past, and we are moving forward to focusing on the issues of social justice that face really our entire country.”

Brees singled out safety Malcolm Jenkins, who had been among his harshest critics on social media before Brees’ public apology, saying, “I am a friend of Malcolm, I am his teammate and I am his ally. There are many things that we’re having a conversation about working on together. All of our goals are aligned.”