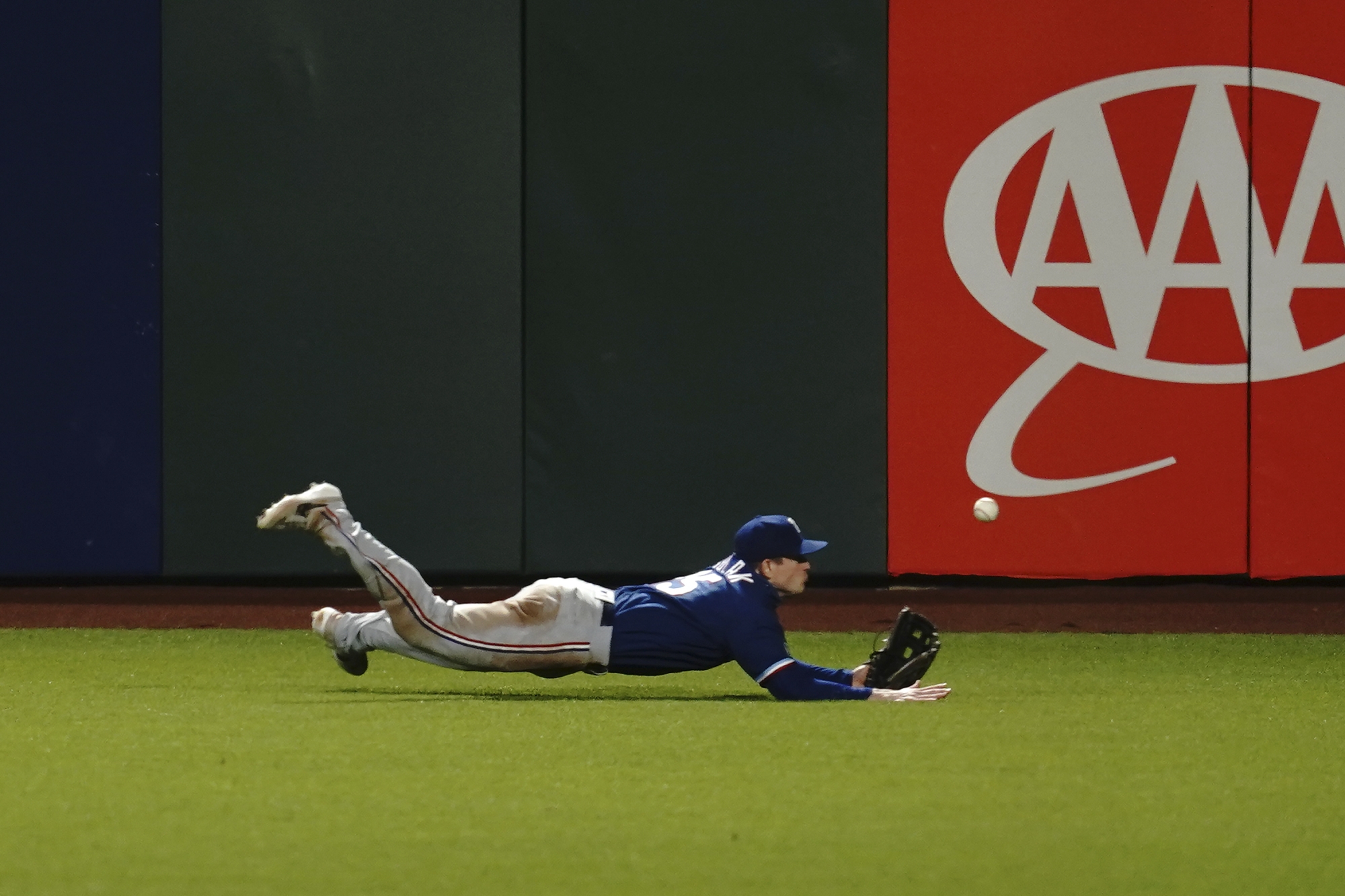 Darin Ruf drove in three runs, and Chadwick Tromp had his first major league hit and RBI for the Giants.

Flores, the veteran utility infielder who signed with San Francisco in the offseason, made his first start of the season at first base in place of Brandon Belt, who has a lingering Achilles injury.

After striking out and a deep flyout in his first two at-bats, Flores hit a 2-2 pitch from Minor into the left field stands to put the Giants ahead 4-2 in the fifth. It was the first home run allowed by a Rangers starter this season and came following consecutive one-out singles by Tromp and Mauricio Dubón.

Texas scored an unearned run off Giants starter Logan Webb in the third but didn’t get another hit until the ninth.

Webb gave up four hits and walked four while allowing a pair of runs, one unearned.

The Giants have yet to have a starter make it through five innings after eight games. It’s the longest streak to start a season in Major League Baseball history, according to STATS.

Choo has 24 career leadoff home runs with the Rangers, second in franchise history to Ian Kinsler’s 29. Choo was also hit by a pitch for the 151st time in his career, most among active players. … San Francisco’s Hunter Pence struck out twice and grounded out twice. Pence is 0 for 21 this season.

The Giants placed right-hander Sam Coonrod on the 10-day injured list with a right lat strain and recalled left-hander Sam Selman from the alternate training site.

The Rangers also made a series of moves, adding first baseman Greg Bird and right-hander Jimmy Herget from the alternate training site. Right-hander Ariel Jurado was designated for assignment.

Giants: Belt was rested following Thursday’s 10-inning loss to the Padres. … Shortstop Brandon Crawford was also held out of the starting lineup.

Jordan Lyles (0-0, 0.00) makes his first start of the year for Texas on Saturday, four days after the right-hander pitched two scoreless innings of relief. The Giants didn’t announce Saturday’s starter.