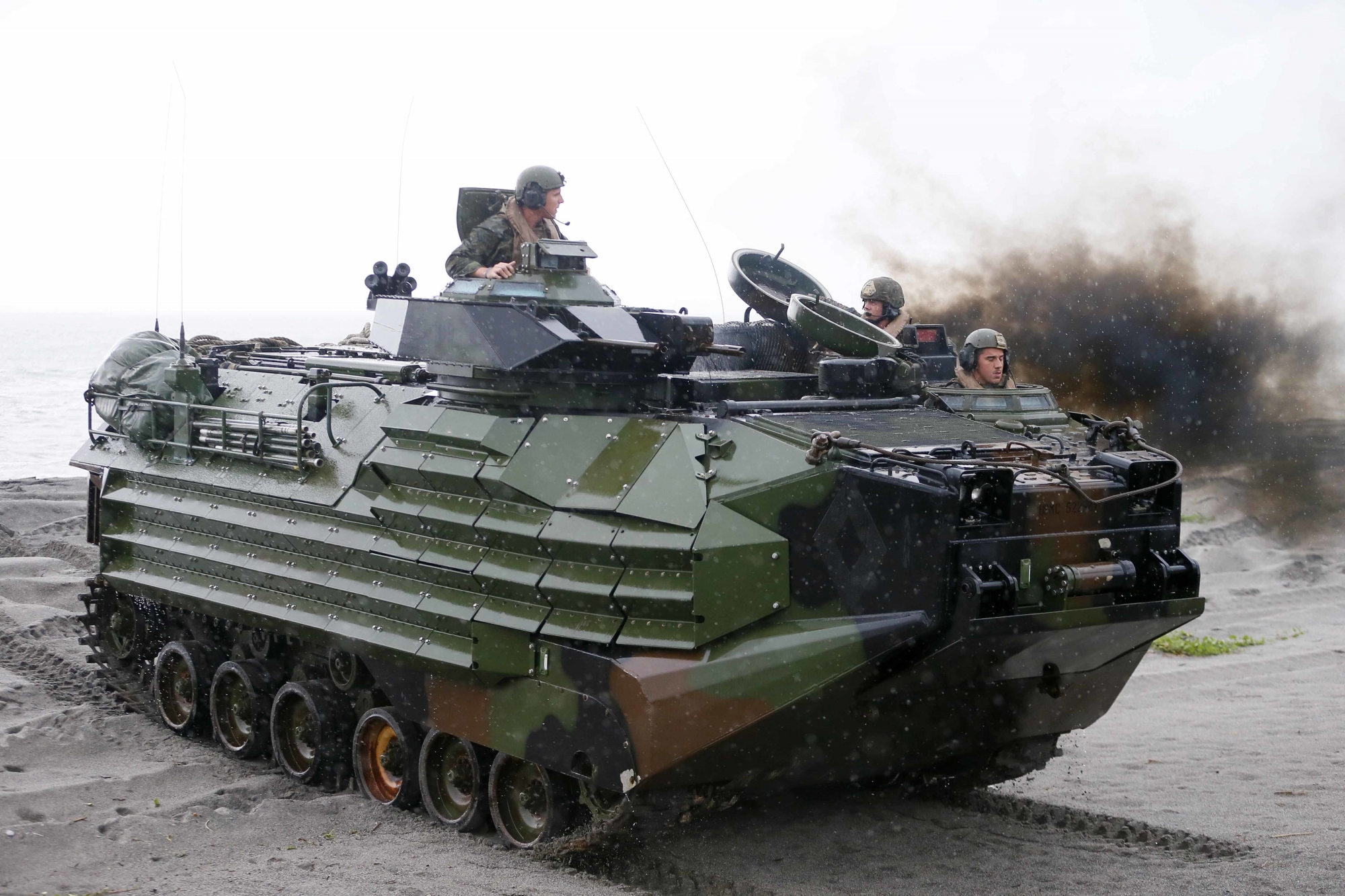 SAN DIEGO (AP) — Eight Marines wee missing and one dead after an amphibious assault vehicle sank during a training exercise near a military-owned island off the coast of Southern California, authorities said Friday.

There were 15 Marines and a Navy sailor in the vehicle Thursday evening when it started taking on water as it traveled from the shores of San Clemente Island to a Navy ship, said Lt. Cameron H. Edinburgh, a Marine Corps spokesman for Camp Pendleton.

Two Marines who were among those rescued were injured, with one hospitalized in critical condition and the other in stable condition, a Marine Corps statement said.

Military ships, small boats and helicopters on Friday were searching choppy seas for the missing amid moderate to strong winds. The Navy-owned island is about 70 miles (112 kilometers) offshore from San Diego.

All of the Marines on the vehicle, which resembles a seafaring tank, were assigned to the 15th Marine Expeditionary Unit and were involved in a routine military exercise , the Marine Corps said.

“We are deeply saddened by this tragic incident. I ask that you keep our Marines, Sailors, and their families in your prayers as we continue our search,” Col. Christopher Bronzi, the unit’s commanding officer, said in a statement from the Marine Corps.

Thursday’s accident marks the third time in less than a decade that Camp Pendleton Marines have been injured or died in amphibious assault vehicles during training exercises.

In 2017, 14 Marines and one Navy sailor were hospitalized after their vehicle hit a natural gas line, igniting a fire that engulfed the landing craft during a training exercise at Camp Pendleton, the sprawling coastal Marine Corps base north of San Diego.

And in 2011, a Marine died when an amphibious assault vehicle in a training exercise sank off the shores of Camp Pendleton.

The Marines use the vehicles to transport troops and their equipment from Navy ships to land. They are nicknamed “amtracs” because the original name for the vehicle was “amphibious tractor.”

The armored vehicles outfitted with machine guns and grenade launchers look like tanks as they roll ashore for beach attacks, with Marines pouring out of them to take up positions.

The Marine Expeditionary Force is the Marine Corps’ main war-fighting organization. There are three such groups which are made up of ground, air and logistics forces.