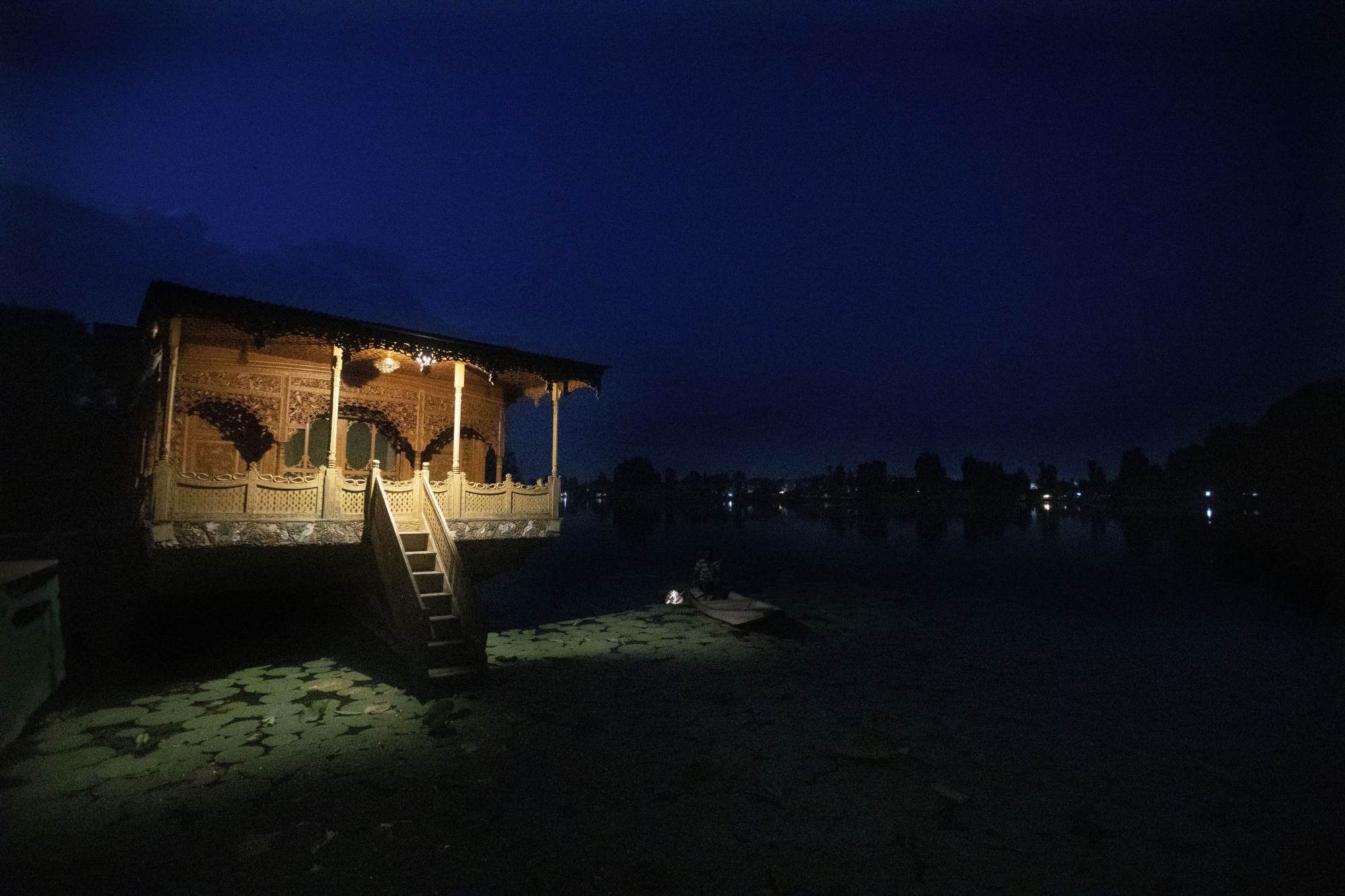 SRINAGAR, India (AP) — A year ago, Abdul Rashid was making a living by selling flowers to tourists in hundreds of ornate pinewood houseboats in Dal Lake in Srinagar, the main city in Indian-controlled Kashmir.

“It was not just a political change. It destroyed our livelihood,” said Rashid, 60, who has now turned to growing vegetables to feed his family.

Days before the Aug. 5, 2019, decision by the central government in New Delhi, authorities asked hundreds of thousands of tourists, Hindu pilgrims and migrant workers to leave the territory, shutting its economy. Since then, tens of thousands of jobs have been lost.

The stunning Himalayan region has known little but conflict since 1947, when British rule of the subcontinent divided it between the newly created India and Pakistan.

After a series of political blunders, broken promises and a crackdown on dissent, Kashmiris launched a full-blown armed revolt in 1989, seeking unification with Pakistan or complete independence. India dubbed the insurgency terrorism abetted by Pakistan, a charge Islamabad denies.

Hundreds of the colorful hand-carved houseboats, known as shikaras, lie deserted, mostly anchored still on the desolate lake. Hotels are empty and there are hardly any tourists.

Some businesses had resumed with the partial lifting of the security and communication clampdown earlier this year. However, Indian authorities enforced another harsh lockdown in March to combat the coronavirus pandemic, further emaciating the local economy.

The Kashmir Chamber of Commerce and Industries pegged the economic loses in the region at $5.3 billion and about half a million jobs lost since August last year.

The 7-decade-old Hotel Standard in Srinagar had a staff of 30, according to its manager Khurshid Ahmed. Now there are just three. The only activity inside the once-bustling place is by the cleaning staff.

Mohammed Rajab, a taxi driver for 37 years, hasn’t been hired even once since last August. “I parked my taxi at our stand few days before August 5 last year. It’s still there along with 250 others,” he said.

Tens of thousands of daily wage workers, like Rajab, have suffered the most.

Mohammad Lateef, a boatman, used to ferry tourists around the lake. He now sells cucumbers and cigarettes to locals along its banks.

“We’ve not earned a single penny for a year now,” said Ghulam Qadir Ota, a houseboat owner. “All we have are these boats. We don’t have any other means to earn.”