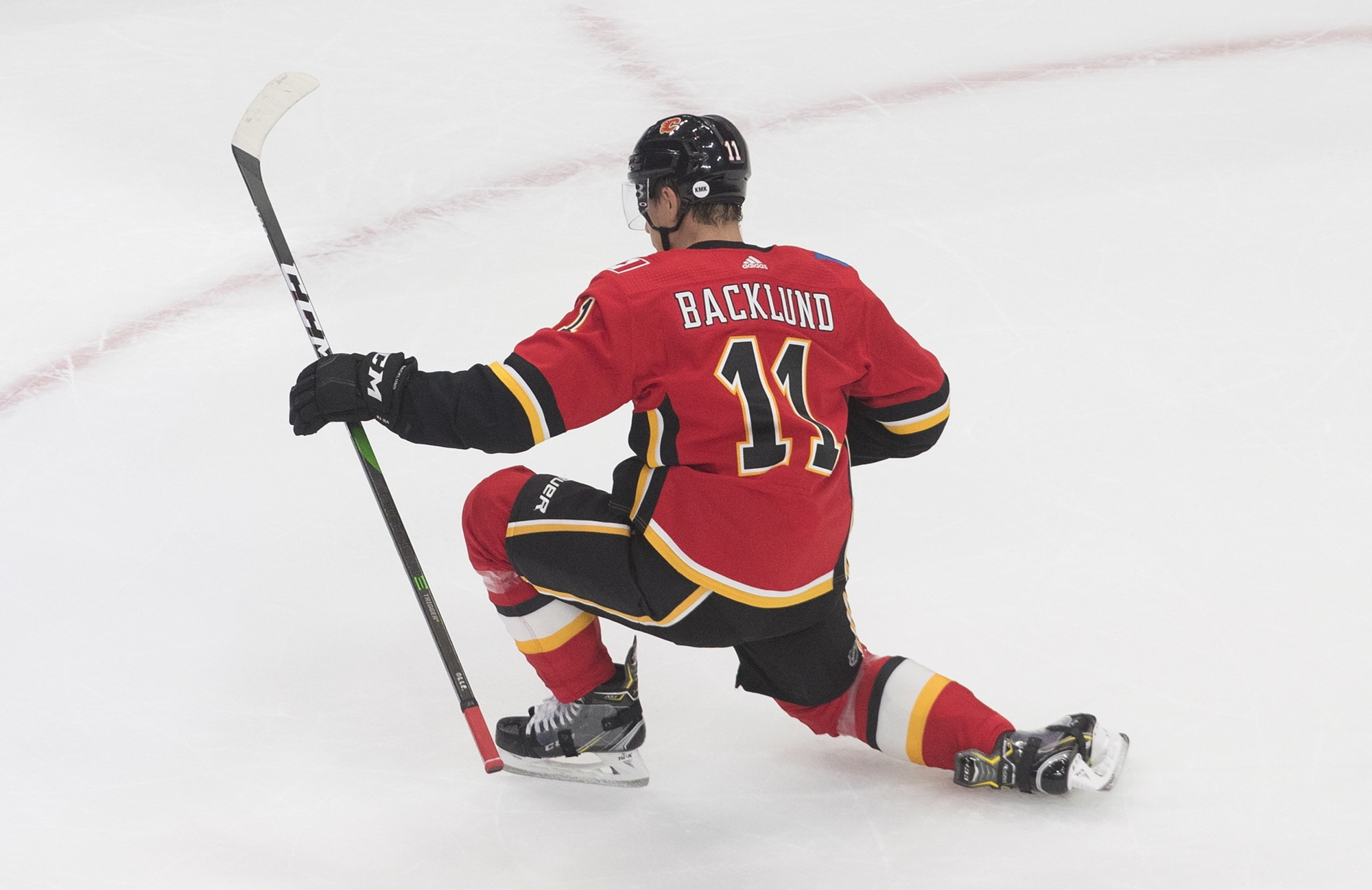 EDMONTON, Alberta (AP) — Johnny Gaudreau and Mikael Backlund scored power-play goals to lead the Calgary Flames to a 4-1 win over the Winnipeg Jets on Saturday night in the opener of their qualifying round series.

Andrew Copp scored midway through the first period to give Winnipeg the lead minutes after the Jets lost Mark Scheifele to a leg injury. Patrik Laine then left the game early in the third after a collision with Flames captain Mark Giordano.

Connor Hellebuyck finished with 29 saves for the Jets.

Game 2 in the best-of-5 series is Monday.

The potential loss of season scoring co-leader Scheifele would be devastating for Winnipeg’s Stanley Cup prospects.

Scheifele went awkwardly into the boards at 5:41 of the first. He appeared to jam his left leg under him as Flames forward Matthew Tkachuk applied his arm to Scheifele’s back. Tkachuk’s skate appeared to make contact with Scheifele’s, but no penalty was called on the play.

Just 31 seconds after that scrap, Adam Lowry dished a backhand from behind the net out front to Copp to whip over Talbot’s glove for the early lead.

Gaudreau tied it at 7:06 of the second, corralling a bobbling pass from Sean Monahan and firing it past Hellebuyck’s glove.

Rieder gave the Flames the lead on a backhander on a short-handed breakaway with 7:09 left in the second.

Backlund made it 3-1 on a high shot on Hellebuyck’s blocker side with 1:46 left in the middle period.

Mangiapane sealed it wit 1:41 left in the third.