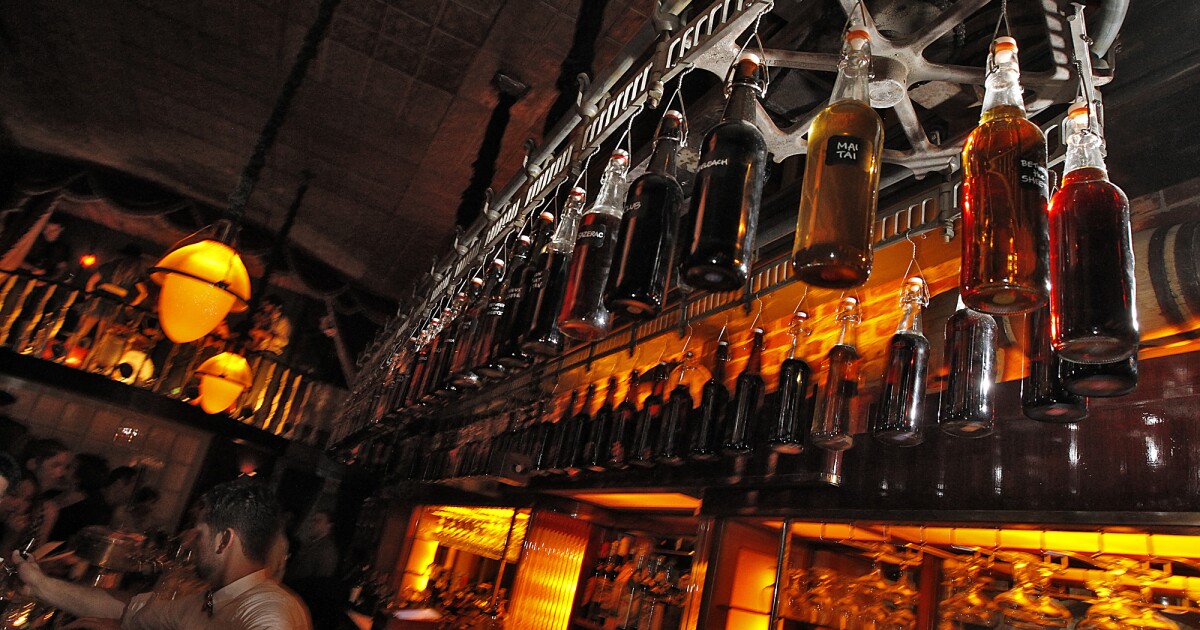 Questions have arisen about a private party that may have been thrown for Los Angeles County sheriff’s personnel at a Hollywood bar Friday night, even as the number of people sickened and killed by the coronavirus in the county continues to surge.

Footage posted to social media by the progressive activist group GroundGame L.A. on Friday night, shows several men respond “yeah” when asked if they had arrived at Sassafras Saloon on Vine Street for an “LASD party.” In a second video, loud music can be heard blaring from inside the venue.

A person with knowledge of the event, who spoke to The Times on the condition of anonymity for fear of reprisals, said staff members had been notified that a party involving the L.A. County Sheriff’s Department had been booked for Friday night. Approximately 100 people were expected to attend, according to that person.

In a statement issued to Eater L.A., the restaurant group said it was “approached by an individual who requested to book a private event to honor a group of first responders.”

“It was not a booking by the L.A. County Sheriff’s Department directly, and we cannot confirm whether LASD staff were present,” the statement read.

A review of payroll records by The Times did not turn up the names of any of the three men who identify themselves in the video as Sheriff’s Department employees.

KCRW reporter Cerise Castle tweeted Friday night that she went to the scene and observed “deputies drinking on the street, littering” and not wearing masks.

Bars in L.A. County were ordered shuttered by Gov. Gavin Newsom in late June as part of an effort to mitigate the spread of the novel coronavirus, which has claimed 4,624 lives in L.A. County. Brewpubs and bars that also serve food are allowed to operate and serve customers in outside dining areas.

While Sassafras does not have a food menu posted on its website, the bar does serve food and told Eater the Friday night event was staged primarily in outdoor spaces that “completely complied with current safety precautions and social distancing expectations.”

One of the videos posted by GroundGame, however, appears to show people dancing in close quarters to loud music inside the bar.

Activists have also expressed concern about documents showing the Los Angeles Sanitation Department conducted a clean-up of a homeless encampment 24 hours before at an address next door to the Sassafras in the 1200 block of Vine Street.