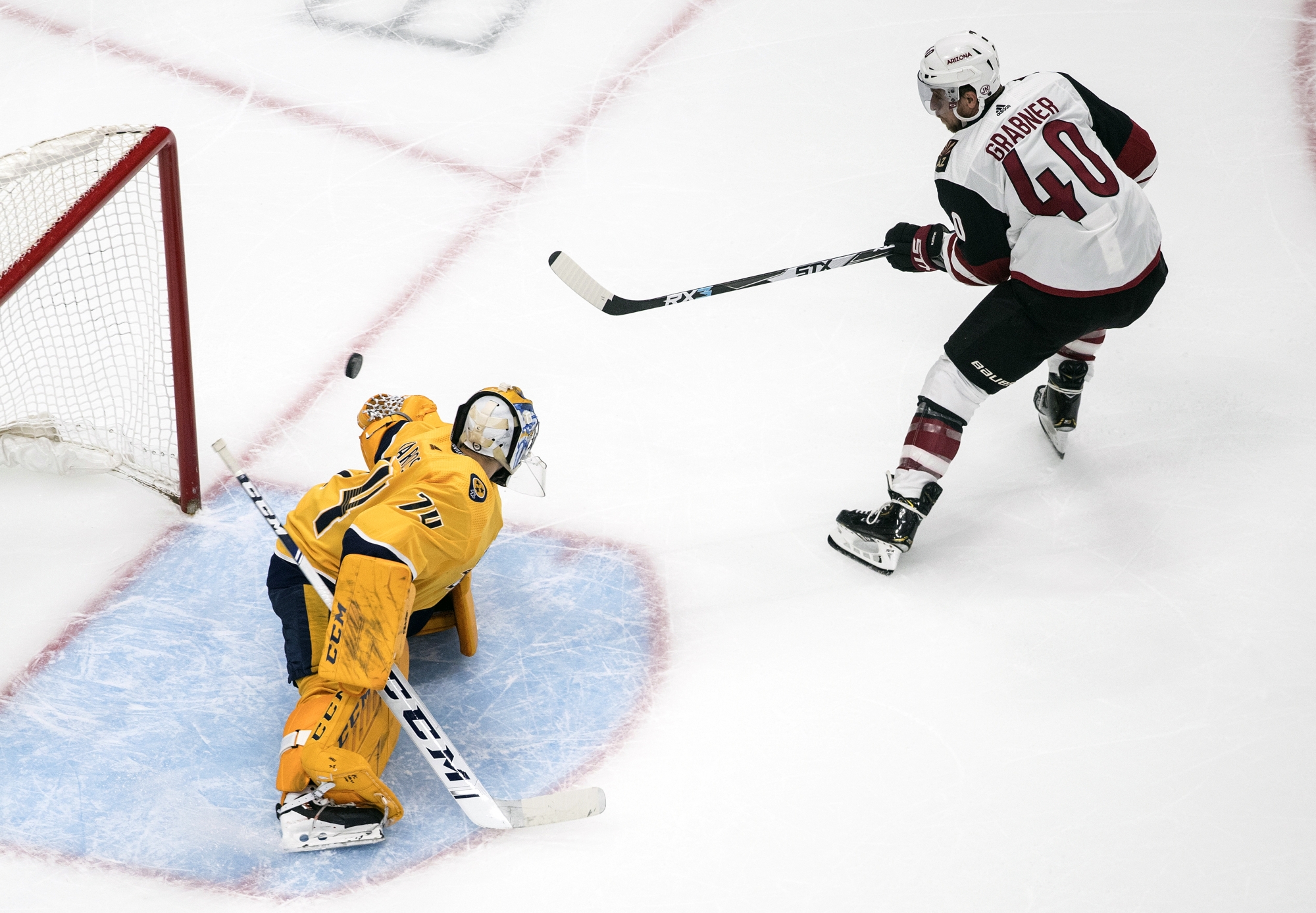 EDMONTON, Alberta (AP) — Oliver Ekman-Larsson scored the first of Arizona’s three first-period goals, a healthy Phil Kessel had two assists and the Coyotes held on to beat the Nashville Predators 4-3 on Sunday to open their Stanley Cup qualifier series.

The Coyotes made the most of their first postseason appearance since 2012, scoring three goals in the opening period on their way to building a 4-1 lead.

The Predators rallied behind two goals by Filip Forsberg, the second midway through the third period, to cut Arizona’s lead to 4-3.

Darcy Kuemper, who stopped 40 shots, held off Nashville’s late push and the Coyotes snatched momentum heading into Game 2 of the best-of-five series on Tuesday.

Nashville was sixth in the Western Conference when the season was halted because of the coronavirus pandemic.The Coyotes were beneficiaries of the new playoff format for the restart, earning a spot in the qualifier after ending the regular season 11th in the West.

TORONTO (AP) — Carter Hart stopped 34 shots, and Philadelphia opened the playoffs seeding round with a victory over Presidents’ Trophy-winning Boston.

Hart is 11 days shy of his 22nd birthday in becoming the youngest goalie in Flyers history to win a playoff game. Michael Raffl had a goal and assist, and Nate Thompson, Philippe Myers and Scott Laughton also scored.

With 16 teams competing in best-of-five elimination series, the top four teams in each conference are playing a round-robin series to determine seeding entering the first round of the playoffs. Philadelphia finished fourth in the Eastern Conference standings, and the Bruins first.