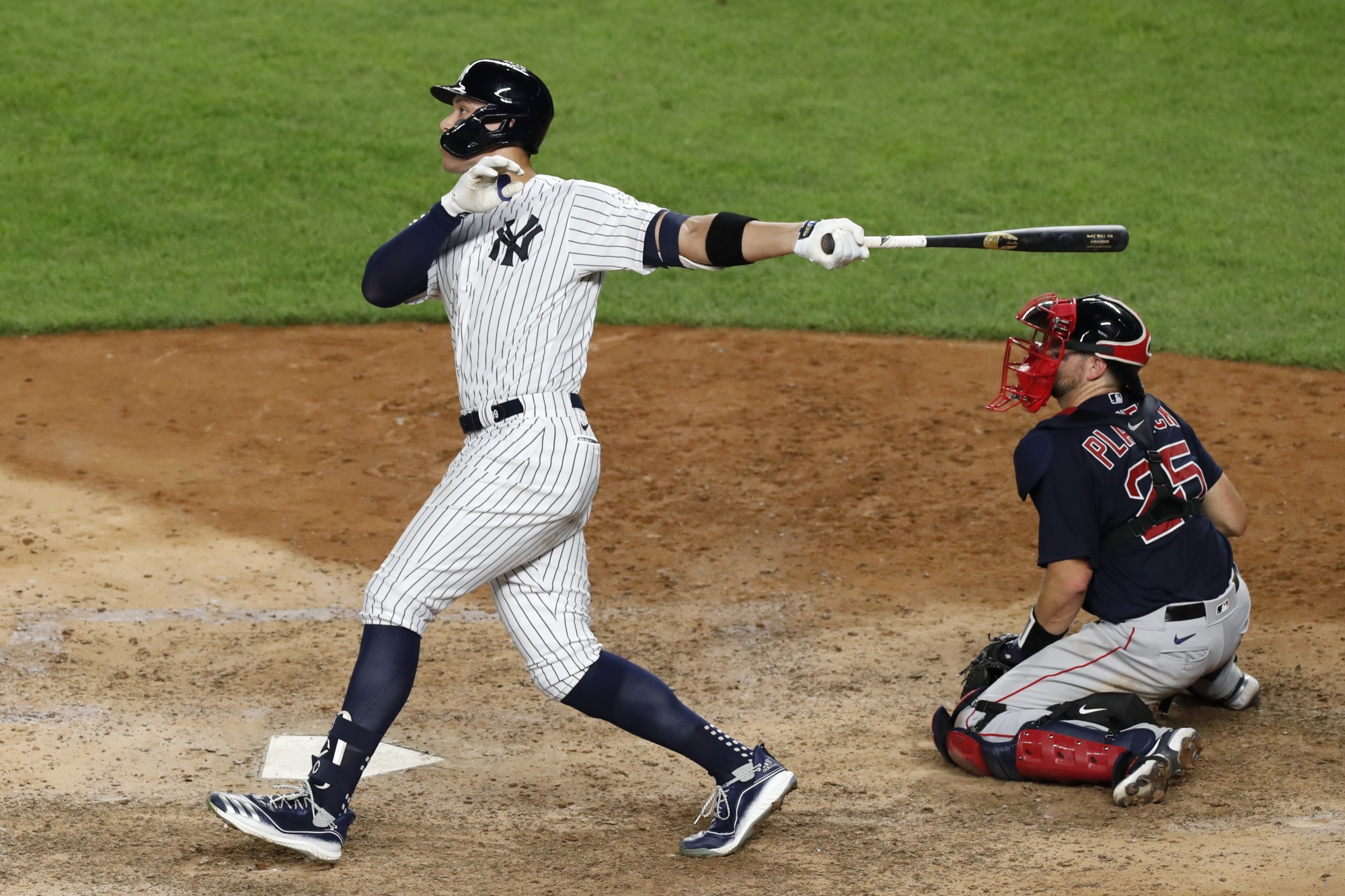 NEW YORK (AP) — Aaron Judge homered twice and drove in five runs, connecting for the fifth straight game and breaking an eighth-inning tie with a tape-measure shot that powered the New York Yankees past the Boston Red Sox 9-7 on Sunday night for their sixth consecutive victory.

Luke Voit also went deep in a back-and forth slugfest to help the Yankees (7-1) finish a three-game sweep in the first series this season between the longtime rivals. New York has won six in a row and 11 of 12 against Boston since last July.

DJ LeMahieu tied it 7-all in the eighth with a two-out RBI single off Matt Barnes (0-1) past diving second baseman José Peraza. The clutch hit came after Mike Tauchman, who entered on defense in the seventh, walked and stole second.

Judge then launched a no-doubt drive that landed several rows up in the raised bleachers beyond the left-center bullpen for his sixth home run already this year. The big slugger socked a three-run shot in the second, making him the first Yankees player since Álex Rodríguez in September 2007 to homer in five straight games.

Xander Bogaerts went 4 for 4 with two home runs and a double for Boston. Rafael Devers put the Red Sox ahead 7-6 with a titanic drive of his own to right-center in the seventh.

Devers also had an RBI single.

Adam Ottavino (1-0) worked 1 1/3 scoreless innings as New York’s bullpen bailed out James Paxton, who was ineffective again in his second start of the season following back surgery.

Zack Britton got three quick outs for his third save.

It was Judge’s 10th career multi-homer game and first since July 5 last year at Tampa Bay.

Red Sox: Following a night off, slumping J.D. Martinez was back in the lineup playing right field — giving catcher Christian Vázquez a breather as the DH. Boston manager Ron Roenicke said he considered using Martinez as a pinch-hitter Saturday, but the veteran slugger has a lengthy routine when getting ready and both preferred a full night off.

Yankees: All-Star closer Aroldis Chapman has thrown on back-to-back days since rejoining the Yankees following a bout with the coronavirus. The team hopes to have him throw a bullpen Monday. “He’s doing great,” manager Aaron Boone said. “Everything’s gone well.”

Red Sox: After five days in New York and 10 games in 10 days to begin the season, the Red Sox get two days off this week. They open a two-game series Tuesday night at Tampa Bay, with RHP Nathan Eovaldi (1-0) on the mound against two-time All-Star Charlie Morton (0-1).

Yankees: RHP Gerrit Cole (2-0, 3.09 ERA) makes his first home start for the Yankees when they face RHP Jake Arrieta and the Philadelphia Phillies on Monday night. The right-hander signed a $324 million, nine-year contract as a free agent last offseason. “I know obviously his history of being a lifelong Yankee fan and knowing how much it meant to him coming here and being a part of this team and pitching for this franchise, and I know it’ll be a big deal for him putting those pinstripes on for real for the first time in a real game,” Boone said. The teams were originally scheduled to meet four times last week, but the Phillies haven’t played since July 26 because of COVID-19 concerns after hosting the Miami Marlins, who had a major outbreak.