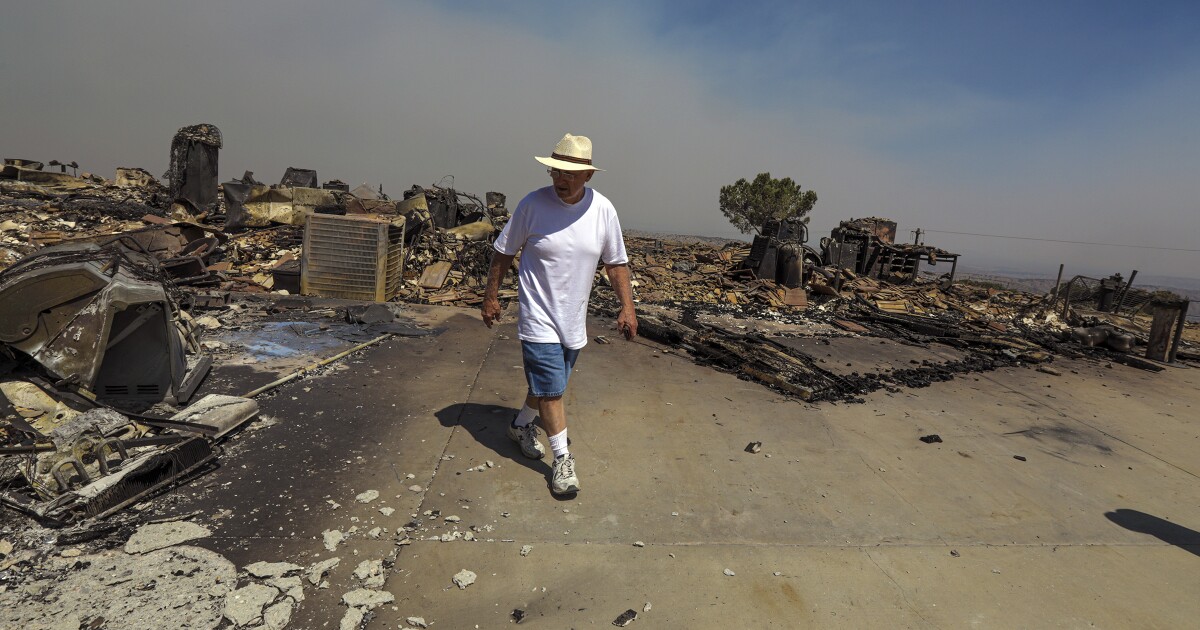 The Bobcat fire is approaching 100,000 acres, making it one of the largest wildfires in Los Angeles County history, and continues to threaten some desert communities as well as the Mt. Wilson Observatory in the San Gabriel Mountains on Sunday.

Although the fire is no longer bearing down on foothill communities like Arcadia and Monrovia, it is moving into some remote areas in the Antelope Valley, destroying homes and prompting numerous evacuations, officials said.

There were flare-ups overnight around Mt. Wilson, but firefighters on the ground and in the air were able to prevent any losses there.

The fire has burned nearly 94,000 acres and is only 15% contained, officials said. Winds could kick up again Sunday, but fire officials said with lower temperatures and calmer winds expected Monday and Tuesday, this might give them a chance to get the upper hand on the blaze.

Several homes in the remote foothills community were lost, authorities said. The extent of the destruction wasn’t immediately clear.

“We’ll get a better assessment once our teams go out, but we were in an active firefight yesterday,” he said. He said firefighters were continuing to work to protect homes Saturday.

One of those who lost his home was Roland Pagan.

“The ferocity of this fire was shocking,” said Pagan, 80, who stood on a nearby hill and peered through binoculars, watching his house in Juniper Hills collapse in flames. “It burned my house alive in just 20 minutes.”

Though the fire approached the high desert community of Valyermo, a Benedictine monastery there appeared to have escaped major damage.

There are now more than 1,600 firefighters on the lines. They have relied on helicopters and water-dropping airplanes to deal with heat, erratic winds, low humidity and flames sweeping across vast swaths of inaccessible mountain terrain.

At just under 100,000 acres, the Bobcat fire is one of L.A. County’s worst fires, though it has burned few homes compared with other massive wildfires. L.A. County’s largest fire, the Station in 2009, burned 160,000 acres in the same Angeles National Forest area but killed two firefighters and destroyed more than 200 structures.