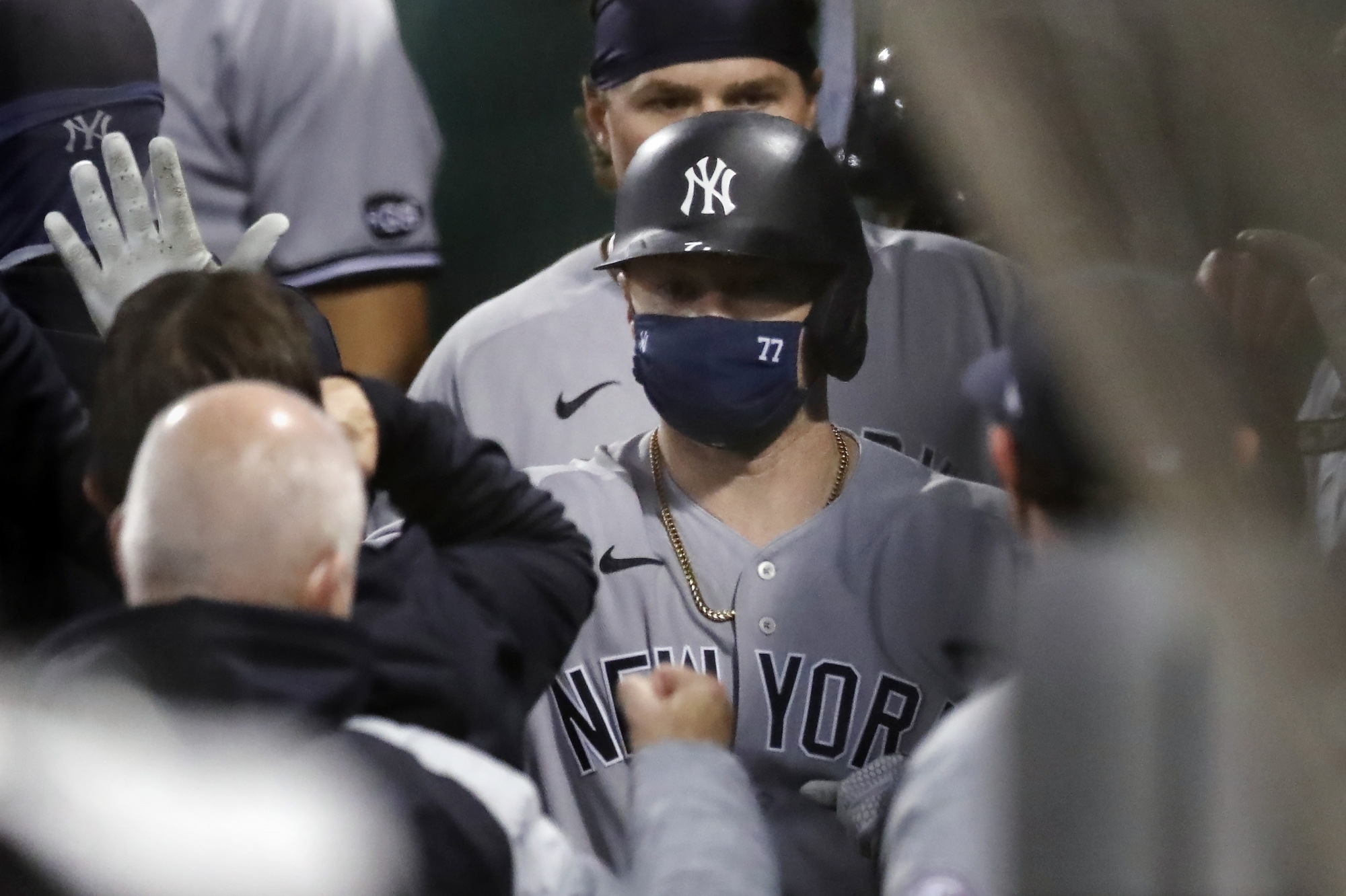 BOSTON (AP) — Less than two weeks removed from a slide that threatened to derail their season, the New York Yankees are on the cusp of another postseason berth.

“It’s probably a little bit fluky, a little aberration,” Yankees manager Aaron Boone said. “It’s a collection of a few series where obviously they haven’t quite been the same team this year.”

New York was on a 5-15 slide and missing star sluggers Aaron Judge and Giancarlo Stanton before starting this streak. Now, the Yankees’ magic number is one to ensure themselves a fourth consecutive postseason berth. The Yankees had a chance to clinch later Saturday if the Mariners lost to San Diego.

The Yankees improved to 31-21 and earned their 28th consecutive winning season, the second-longest streak in big league history behind their 39 in a row from 1926-64.

Happ (2-2) allowed four hits and struck out nine. It’s his second win of the season over the Red Sox. He allowed one run over 5 2/3 innings in a victory against them last month in New York.

He said the way he’s been able to turn his season around after a slow start is something he isn’t taking for granted.

“I don’t think I can put it into words,” Happ said. “I appreciate the support from the players here in this room. It certainly means a lot and feels good.”

Happ has a 3.25 ERA over 44 1/3 innings pitched this season. That is second on the team among pitchers with at least five starts, behind only ace Gerrit Cole (3.00).

Frazier finished with three of the Yankees’ 11 hits.

He struggled from the outset, giving up a hit and pair of walks to load the bases in the first.

Gio Urshela took advantage, putting the Yankees on the scoreboard with a sacrifice fly that scored DJ LeMahieu. Frazier made it 2-0 with a line drive single to left field, bringing in Aaron Judge.

The Yankees benefited from two errors by Boston shortstop Xander Bogaerts to add two more runs in the fourth.

First, Bogaerts couldn’t get the ball out of his glove to start a double play, allowing Frazier to advance to second. Frazier then scored off a Kyle Higashioka’s single to right field.

With runners on first and third, Tyler Wade hit a ground ball to Bogaerts, who stepped on second for a force out but overthrew first baseman Bobby Dalbec as he tried to turn the double play, allowing Mike Tauchman to score.

“We played so well yesterday and then today didn’t look like the same guys,” Red Sox manager Ron Roenicke said.

Boone said Happ will definitely be part of the Yankees’ postseason plans. How much is to be determined.

“We’ll see,” Boone said. “He’s obviously going to be on the team and playing a big role. But we’ll cross that bridge over the next 10 days.”

Yankees: Giancarlo Stanton, Gary Sanchez and Gleyber Torres had the night off. All three are expected to be back in the lineup for Sunday’s finale.

Red Sox: 2B Christian Arroyo left the game with back spasms. … Outfielder Alex Verdugo sat out Saturday with left hamstring soreness after leaving in the third inning of Friday’s loss. Manager Ron Roenicke said his status for Sunday is to be determined. … IF/OF Yairo Muñoz was placed on the 10-day injured list with a lower back strain.

Boone said closer Aroldis Chapman’s appeal of a three-game suspension for throwing a fastball near the head of Tampa Bay’s Michael Brosseau on Sept. 2 may not be heard this season.

“There could be another hearing and more information to be inserted in there,” Boone said. “It could be something that could even be put off until next year.”

Chapman has previously said the pitch was not intentional.

Yankees: Right-hander Deivi García (2-1, 3.28 ERA) will make his fifth start of the season in Sunday’s series finale. He gave up six hits and three runs over seven innings to get the victory in the Yankees’ 20-6 win over the Blue Jays on Tuesday.

Red Sox: Right-hander Tanner Houck (1-0, 0.00) allowed two hits, no runs and struck out seven over five innings in his lone start of the season last week at Miami.