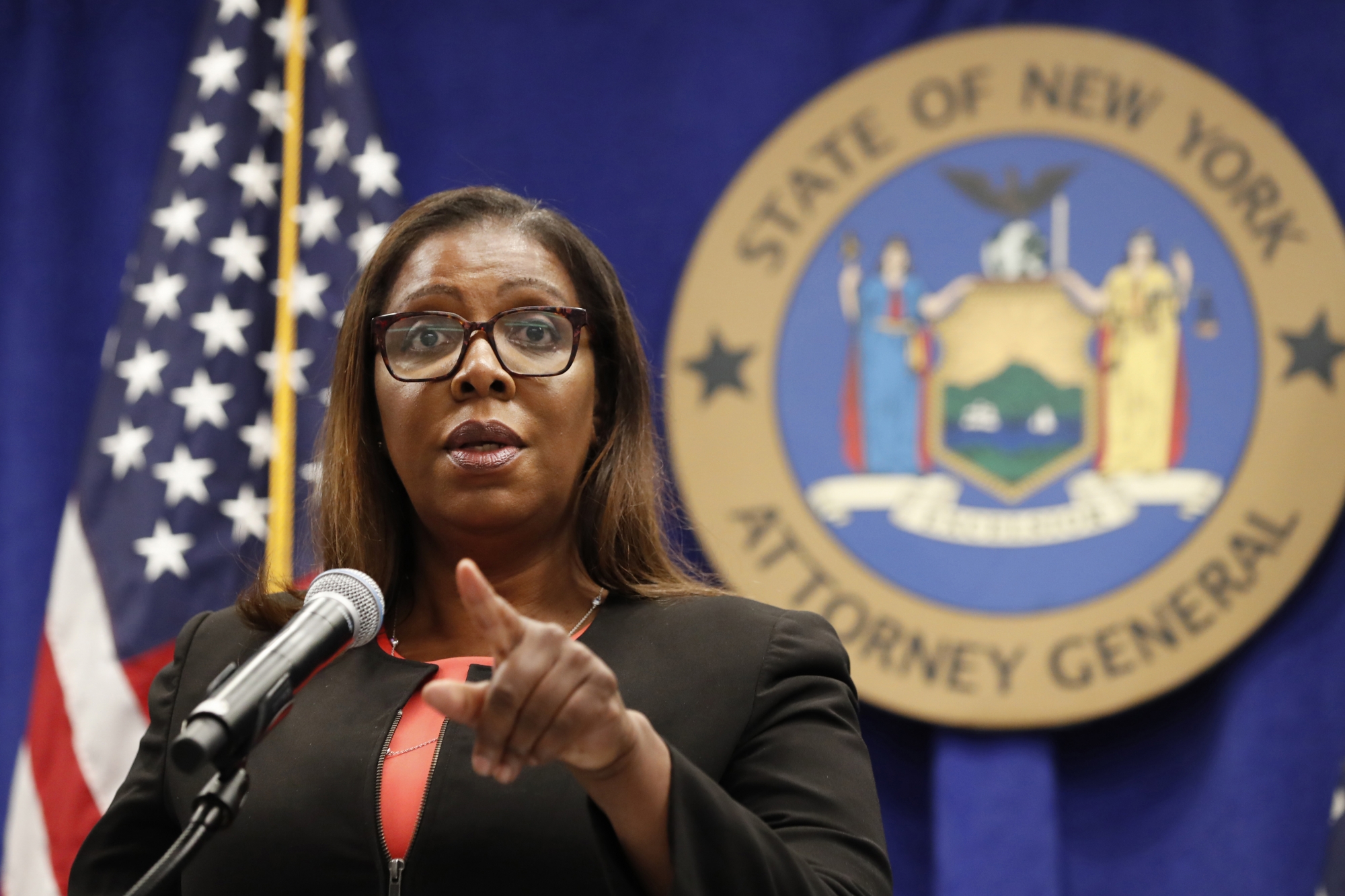 Speaking in Rochester, which has been in turmoil since the footage of Daniel Prude’s fatal encounter with police was released more than five months after his death, James said her office “will be proactively releasing footage to the public on our own.”

It was unclear how many cases would be affected by the policy, since the attorney general’s office does not review all footage of police interactions with the public.

James spoke in Rochester after meeting with family members of Prude, a Black man who died several days after police put a hood over his head and pressed his face into the pavement on March 23. There have been nightly protests since Prude’s family released video of the fatal encounter earlier this month. James announced on Sept. 5 that she would empanel a grand jury to investigate his death.

Seven officers who were present during the encounter with Prude were suspended without pay. Protesters have called for criminal charges against the officers and are demanding that Warren resign herself.

James spoke the day after Rochester, New York state’s third-largest city, mourned the loss of two 19-year-olds who were killed when gunfire erupted at a backyard party.

The victims were not the intended targets of Saturday’s shooting, police said. Fourteen other people were wounded. No arrests have been announced in the shootings, which police said were not linked to Prude’s death.

James urged anyone with information about the shootings to come forward and cooperate with police.