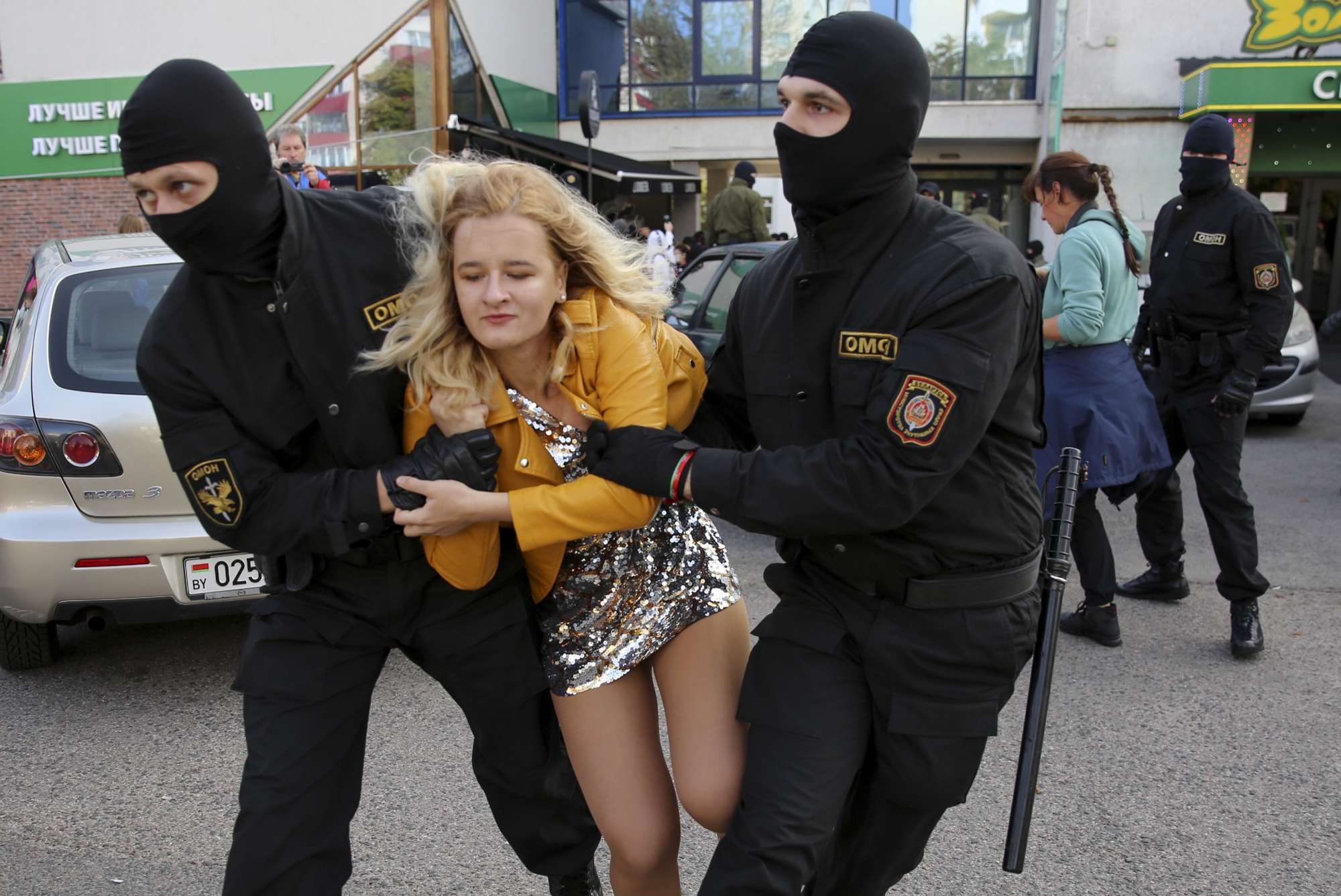 KYIV, Ukraine (AP) — Police in the capital of Belarus cracked down sharply Saturday on a women’s protest march demanding the authoritarian president’s resignation, arresting more than 200 including an elderly woman who has become a symbol of the six weeks of protest that have roiled the country.

More than 2,000 women took part in the march in Minsk. Such anti-government marches have become a regular feature of the unprecedented wave of large, persistent protests that began after the Aug. 9 presidential election. Officials said President Alexander Lukashenko won a sixth term in office with 80% support in that vote but opponents and some poll workers say the results were rigged.

During Lukashenko’s 26 years in office, he has consistently repressed opposition and independent news media.

Large demonstrations have been held in cities throughout the country and some Sunday protests in Minsk have attracted crowds estimated at up to 200,000 people.

“There were so many people detained that lines formed at the prisoner transports,” Viasna member Valentin Stepanovich told The Associated Press.

Among those detained was Nina Bahinskaya, a 73-year-old former geologist whose defiance and tart tongue have made her a popular figure in the protests. Many of the women in Saturday’s march chanted “We’re walking!” referring to when police told Bahinskaya that she was taking part in unauthorized protest and she snapped back “I’m taking a walk.”

Sviatlana Tsikhanouskaya, Lukashenko’s main opponent in the election, praised the women’s march in a video statement from Lithuania, where she took refuge after the election.

“They have frightened and put pressure on women for the second month, but despite this, Belarusians are continuing their peaceful protest and showing their amazing fortitude,” she said.

Several top members of the Coordination Council the opposition has created to push for a new election have been jailed and others have been forced to leave the country. Maxim Znak, a leading member of the council, declared a hunger strike in prison on Friday.

Last month thousands of protesters were detained and some displayed deep bruises from police beatings. Still, that did not stop the protests from growing to include strikes at major factories that had previously been a source of support for the embattled Lukashenko.

In a new strategy to stem the huge Sunday rallies, the Belarusian Prosecutor General’s office said it has tracked down parents who took their children to opposition demonstrations.

Jim Heintz in Moscow contributed to this report.