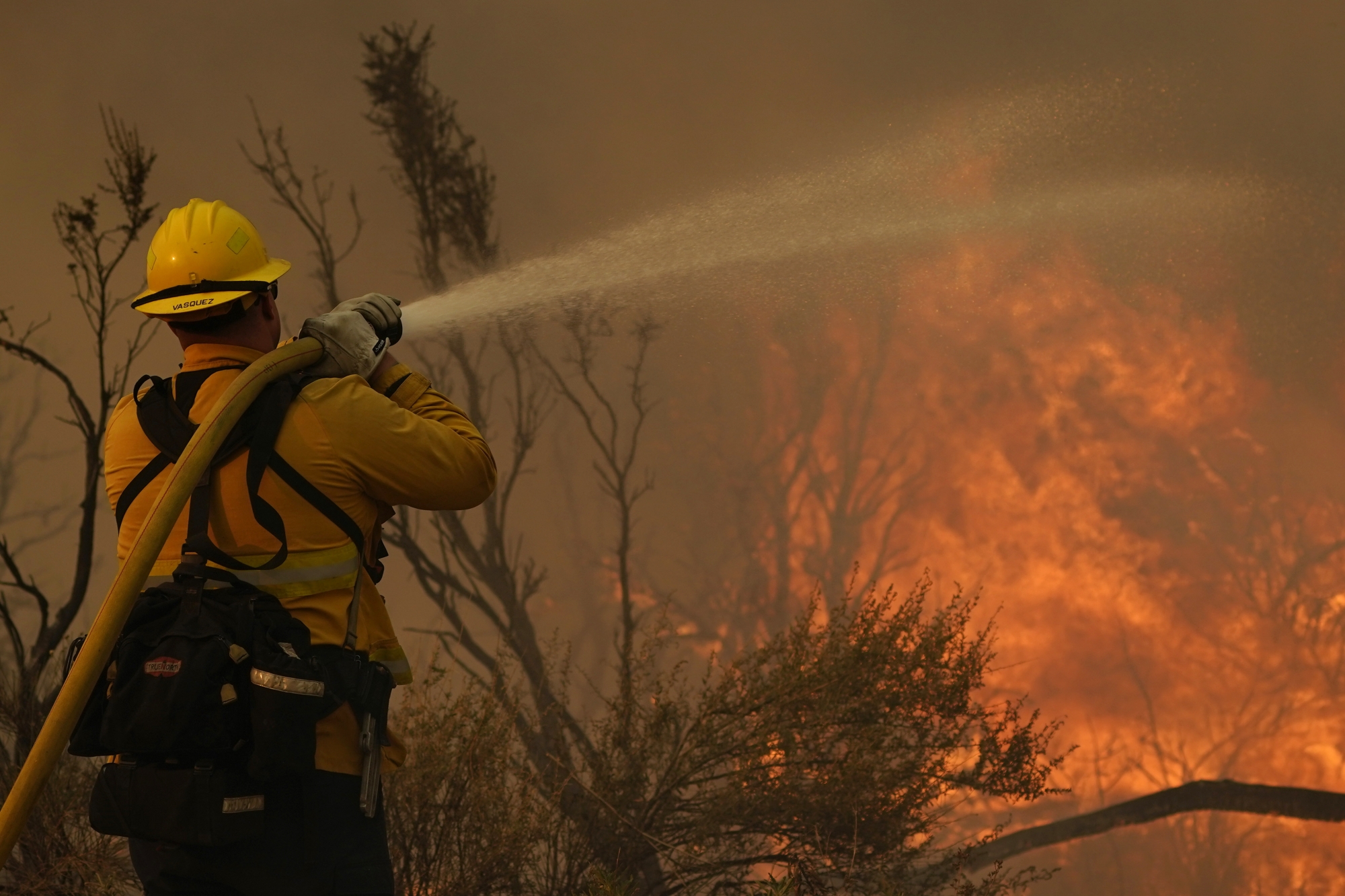 Firefighters were, however, able to defend Mount Wilson, which overlooks greater Los Angeles in the San Gabriel Mountains and has a historic observatory founded more than a century ago and numerous broadcast antennas serving Southern California, from the Bobcat Fire.

The Bobcat Fire started Sept. 6 and has already doubled in size over the last week. It is 15% contained as teams attempt to determine the scope of the destruction in the area about 50 miles (80 kilometers) northeast of downtown LA. Thousands of residents in the foothill communities of the Antelope Valley were ordered to evacuate Saturday as winds pushed the flames into Juniper Hills.

The wildfire did destroy the nature center at Devil’s Punchbowl Natural Area, a geological wonder that attracts some 130,000 visitors per year.

Meanwhile, officials were investigating the death of a firefighter on the lines of another Southern California wildfire that erupted earlier this month from a smoke-generating pyrotechnic device used by a couple to reveal their baby’s gender.

The name of the firefighter killed has not yet been released. A statement from the California Department of Forestry and Fire Protection, or Cal Fire, said it was the 26th death involving wildfires besieging the state.

Authorities also have not released the identities of the couple, who could face criminal charges and be held liable for the cost of fighting the fire.