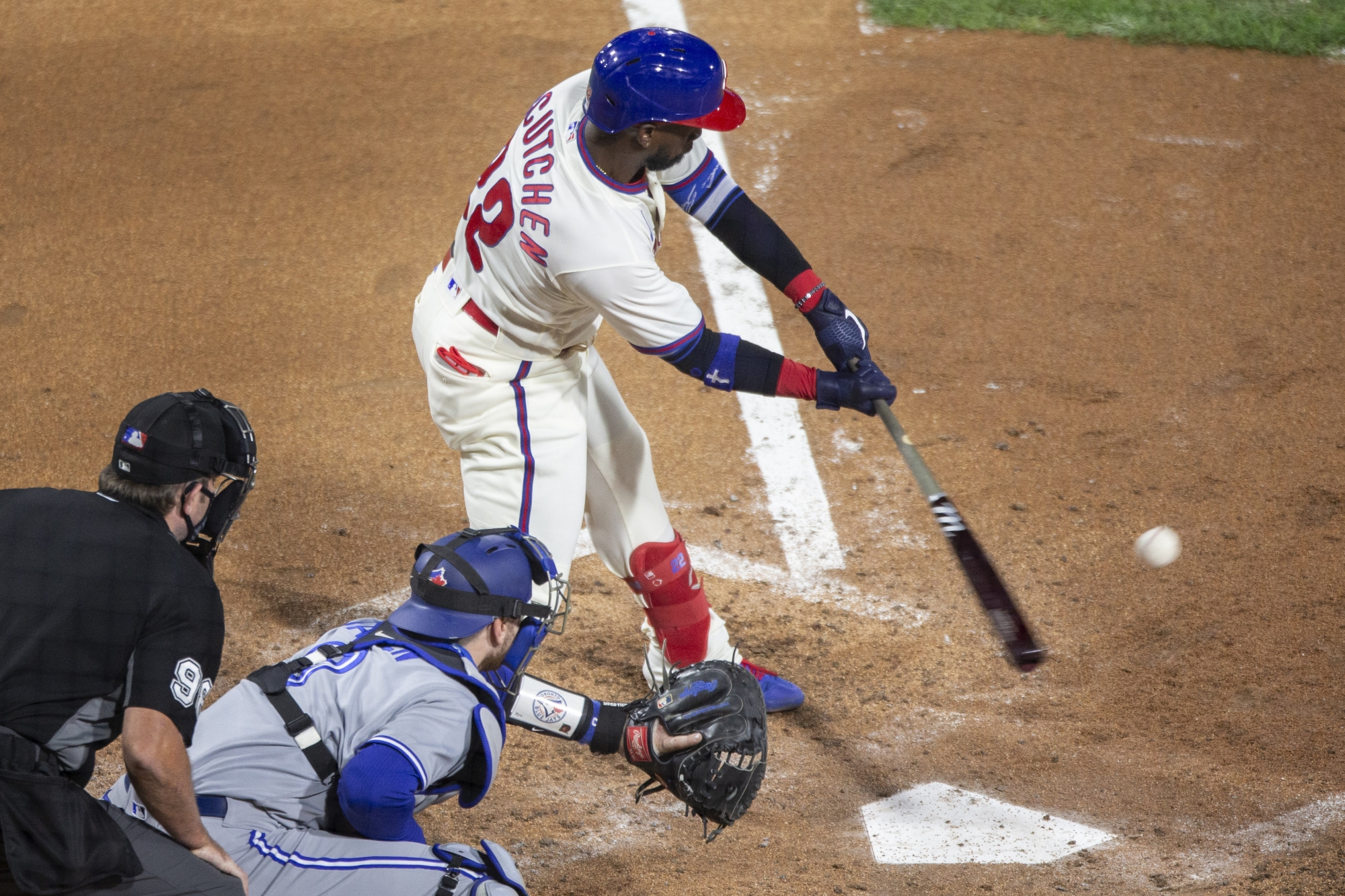 Andrew Knapp and Adam Haseley each had two hits and an RBI for Philadelphia.

The Phillies helped their playoff chances once again and will look to sweep the four-game series on Sunday. Philadelphia entered the day in the seventh spot in the National League.

Travis Shaw homered for the Blue Jays, who have lost six straight but still hold the eighth and final playoff spot in the AL. They started the day four games ahead of ninth-place Seattle.

Toronto held a team meeting prior to the game with manager Charlie Montoyo preaching a positive message, telling the team how proud he is of them, that they’re still in a good spot, to have fun and embrace the moment.

Philadelphia’s maligned bullpen tossed three scoreless innings, with Tommy Hunter following Blake Parker and David Phelps by pitching a 1-2-3 ninth for his first save in his third chance.

Velasquez had his best outing of the season and one of his best in the last two years. Entering Saturday, he had gone six or more innings in just two of his last 28 starts.

Velasquez got off to a shaky start, walking the first batter on five pitches, and had the grounds crew come out after the second batter to repair the mound. He was sharp from that point and saved his best for last, a nine-pitch 1-2-3 sixth with two strikeouts.

Shaw did the only damage against Velasquez, giving Toronto a 1-0 lead with a one-out drive to deep right in the fifth. He was playing first base in place of Vladimir Guerrero Jr., who was not in the starting lineup after feeling a little dizzy. Guerrero was hit by a pitch in the helmet Friday.

The Phillies went ahead with two runs in the bottom of the frame.

First, they used small ball to tie it. Jay Bruce led off with a double and went to third on Scott Kingery’s sacrifice bunt. With the infield drawn in, Bruce scored on Knapp’s single over shortstop that might have been caught had the infield been at regular depth.

Knapp went to third on Haseley’s single and scored on McCutchen’s grounder up the middle.

Philadelphia tacked a run in the eighth on Haseley’s RBI infield single.

Velasquez has been shuffled between the bullpen and rotation this season but was needed as a starter after right-hander Spencer Howard left his start last Saturday with right shoulder tightness. He threw 104 pitches, 64 for strikes.

Blue Jays: RHP Rafael Dolis (right knee) felt better on Saturday after leaving the second game of Friday’s doubleheader when he landed funny while covering first base. He is day to day. … Guerrero grounded out pinch-hitting in the eighth.

Phillies: INF Alec Bohm (illness) was out of the lineup. … JT Realmuto (hip) ran again on Saturday and could return as early as Monday. He has missed nine games. … Howard played catch for the second straight day. There is no timetable on his return.

The teams close out the four-game series on Sunday. RHP Taijuan Walker (3-3, 3.05) starts for Toronto. The Phillies hadn’t announced their starter yet.