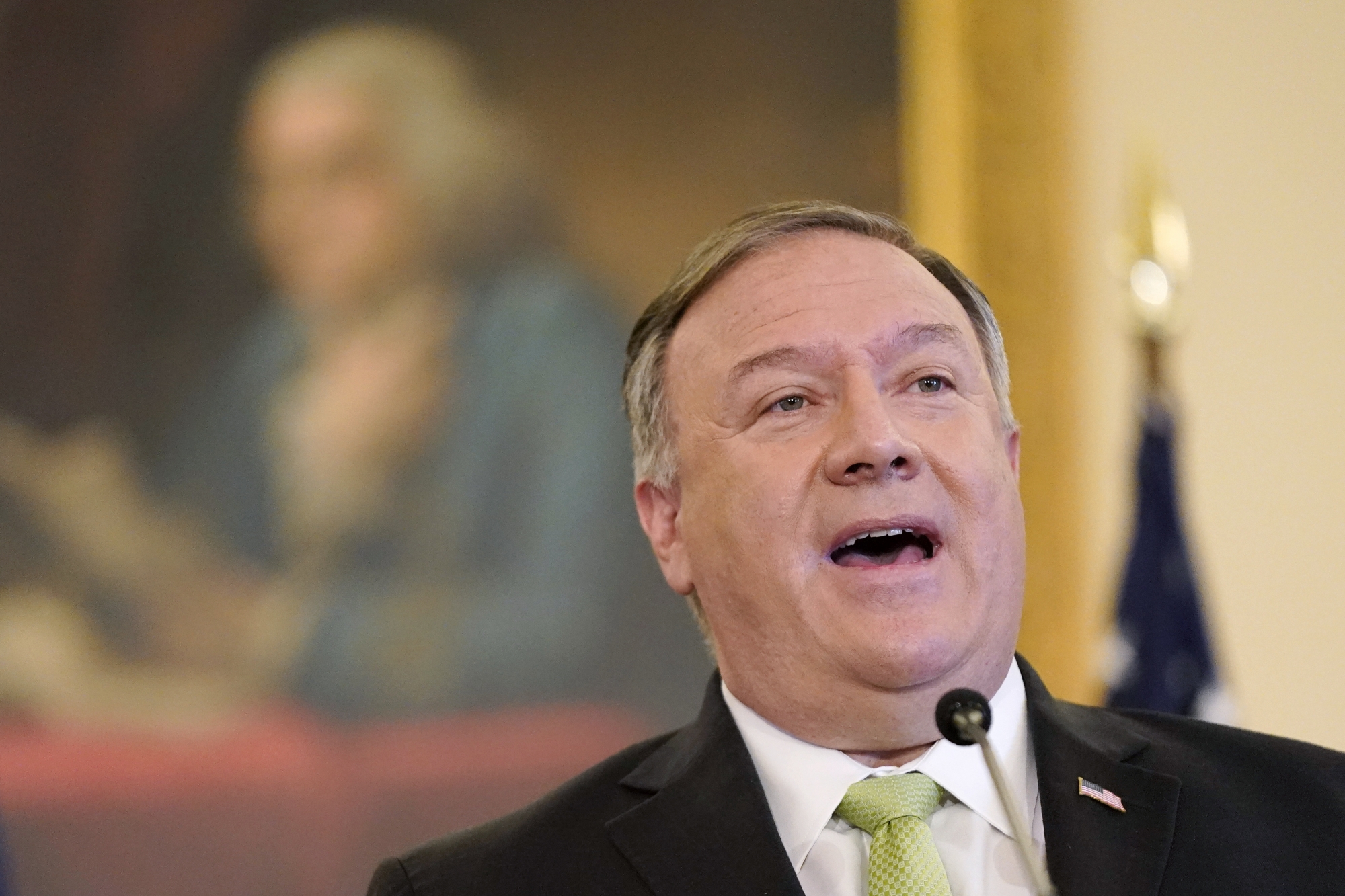 WASHINGTON (AP) — The United States slapped additional sanctions on Iran on Monday after the Trump administration’s unilateral weekend declaration that all United Nations penalties that were eased under the 2015 nuclear deal had been restored,

The announcement comes in defiance of the world community, which has rejected U..S. legal standing to impose the international sanctions and sets the stage for an ugly showdown at the annual U.N. General Assembly this week.

“The United States has now restored U.N. sanctions on Iran,” President Donald Trump said in a statement issued shortly after he signed an executive order spelling out how the U.S. will enforce the “snapback” of the sanctions. “My actions today send a clear message to the Iranian regime and those in the international community who refuse to stand up to Iran.”

Speaking to reporters with fellow Cabinet secretaries at the State Department, Secretary of State Mike Pompeo then announced the administration was hitting more than two dozen Iranian individuals and institutions with penalties. Nearly all of them, however, including the Iranian defense ministry and its atomic energy agency, were already subject to U.S. sanctions that the administration had re-imposed after Trump withdrew from the nuclear deal in 2018.

Trump’s executive order mainly affects Iranian and foreign entities involved in conventional weapons and ballistic missile activity. A U.N. arms embargo on Iran is to expire in October under the terms of the nuclear deal, but Pompeo and others insist the snapback has rescinded its termination.

“No matter where you are in the world, you will risk sanctions,” he said, warning foreign companies and officials not to do business with targeted Iranian entities.

Craft said, “As we have in the past, we will stand alone to protect peace and security.”

The administration declared on Saturday that all U.N. sanctions against Iran had been restored because Tehran is violating parts of the nuclear deal in which it agreed to curb its nuclear program in exchange for billions of dollars in sanctions relief.

But few U.N. member states believe the U.S. has the legal standing to restore the sanctions because Trump withdrew from the nuclear deal in 2018. The U.S. argues it retains the right to do so as an original participant in the deal and a member of the council.

The remaining world powers in the deal — France, Germany, Britain, China and Russia — have been struggling to offset the sanctions that the U.S. re-imposed on Iran after the Trump administration left the pact, which the president said was one-sided in favor of Tehran.

Ali Akbar Salehi, the head of Iran’s nuclear agency, said Monday that there is still a broad agreement among the international community that the nuclear pact should be preserved.

At a conference of the International Atomic Energy Agency in Vienna, Salehi said the Joint Comprehensive Plan of Action, or JCPOA, has been “caught in a quasi-stalemate situation” since Trump pulled out.

While insisting it is not pursuing a nuclear weapon, Iran has been steadily breaking restrictions outlined in the deal on the amount of uranium it can enrich, the purity it can enrich it to, and other limitations. At the same time, Iran has far less enriched uranium and lower-purity uranium than it had before signing the deal, and it has continued to allow international inspectors into its nuclear facilities.