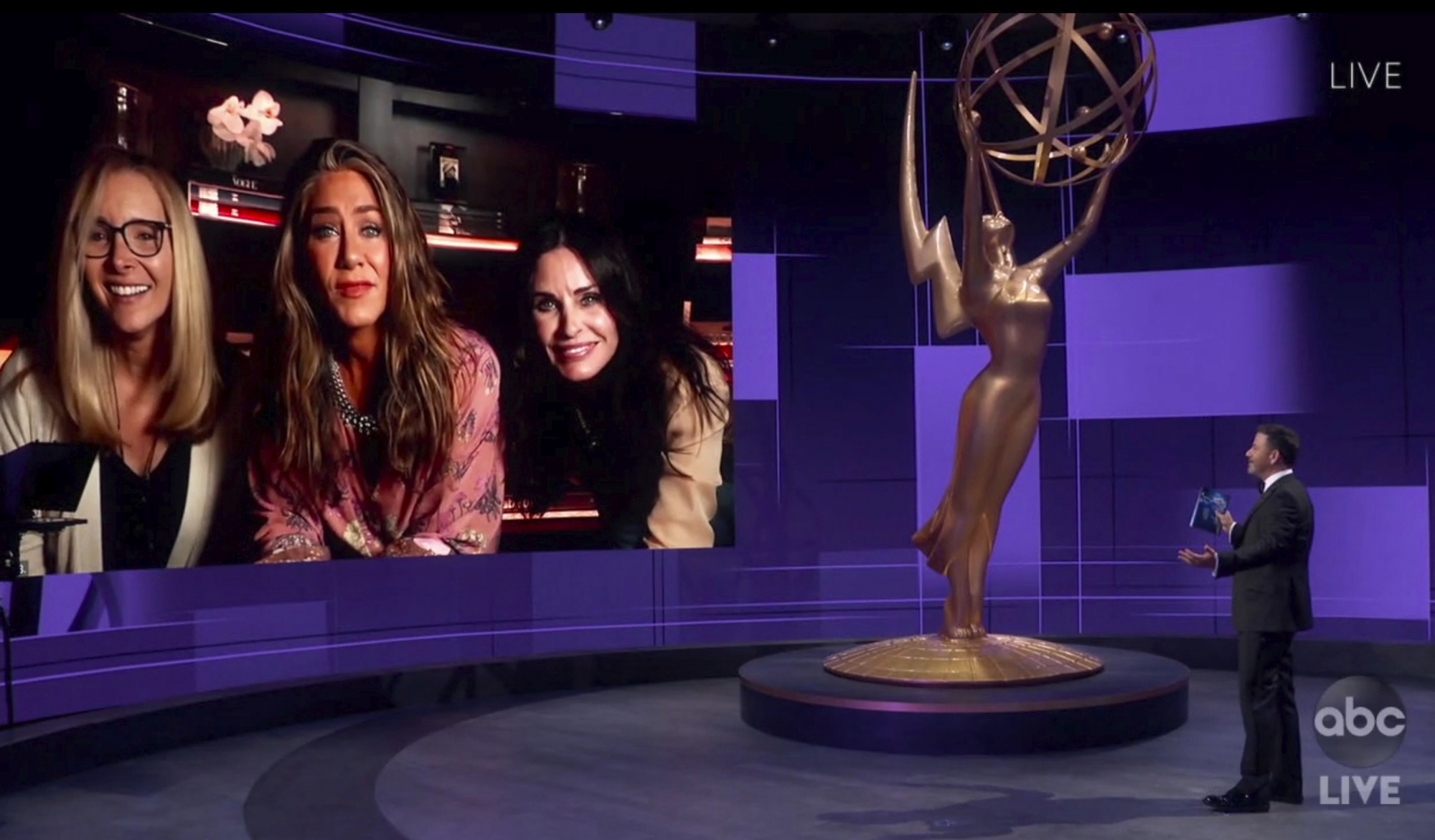 NEW YORK (AP) — The novelty of television stars getting Emmy Awards delivered to their homes wasn’t enough to keep the annual show from slipping further in popularity.

The Nielsen company said 6.1 million people watched the Emmys on Sunday night, down from 6.9 million in 2019 and the third straight year of record low viewership.

The Emmys faced competition from both NFL football and the NBA Finals. The coronavirus pandemic eliminated any chance fans had of seeing stars on a red carpet, although host Jimmy Kimmel gamely tried to make do in a mostly empty auditorium with actors accepting awards remotely.

Still, it illustrated how the Emmy Awards are becoming a boutique event. Last year was the first time viewership slipped under 10 million people. As recently as 2013, the Emmys had 17.6 million viewers.

The Emmys were once a celebration of all things television timed for the beginning of a new fall season. Yet the pandemic has delayed the return of many favorite shows.

Viewership is also fragmented across many different networks and streaming services, and several shows don’t have a wide audience. Of the 128 Emmys awarded before and during Sunday’s show, 18 went to the Big Four broadcast networks ABC, CBS, NBC and Fox.

HBO dominated with 30 awards and Netflix had 21.

Reginald Hudlin, an executive producer of the Emmys telecast, said Monday that it has been hard for all of the major awards shows to get the audiences that they had been used to.

“We’re not three networks anymore,” Hudlin said. “We went from three networks to 60 with cable, and with streaming services there’s just endless choice.

“So people are now used to watching a show that’s specifically for them,” he said. “No matter how narrow that audience is, there’s a show that speaks to, ‘I’m a left-handed person who loves fishing’ … And the challenge is there’s not a thing that connects to everybody.”

The Canadian comedy “Schitt’s Creek,” which was once shown on Netflix but has since been airing on the little-known Pop TV network, swept the comedy awards. It won seven trophies during Sunday’s show and 10 overall.

Since the show was structured to frontload the comedy awards, the Emmys were on the air for an hour Sunday before any show other than “Schitt’s Creek” won an award.

ABC and Kimmel, mindful of being accused of airing an obscenity, flashed the show’s name on the screen every time the title was mentioned.