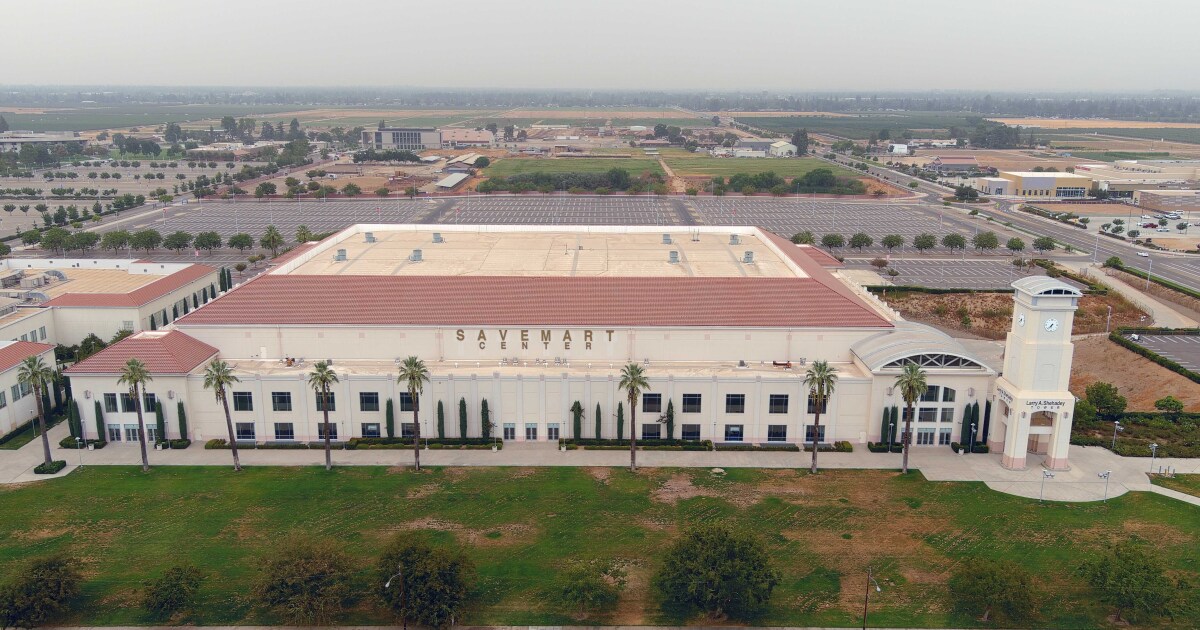 CV Vitolo-Haddad, currently a PhD candidate in journalism and mass communication at the University of Wisconsin-Madison, had been conditionally offered a tenure-track position at the Central Valley campus of the California State University, pending a background check, the university said.

But after allegations surfaced that Vitolo-Haddad, who uses the gender pronoun they, had identified as Black and Latinx without belonging to either group, the university reversed course.

“The University will always uphold its core values of discovery, diversity and distinction,” it said in a statement last week. “We are taking this matter seriously and acknowledge the pain and confusion this situation has caused members of our campus and external community.”

“We can confirm that CV Vitolo-Haddad will not be a faculty member at Fresno State,” the university said in a statement Thursday. A spokeswoman declined to comment further.

An anonymous post on the blogging platform Medium this month raised questions about Vitolo-Haddad’s identity after George Washington University professor Jessica Krug acknowledged she had for years falsely claimed to be Black.

An author identified as “See Vee” responded in two separate Medium posts, on Sept. 6 and Sept. 8, to the situation and online accusations. Both posts were signed “CV,” and the author handle linked to them is @cvvitolo.

“To my dear friends, loved ones, and organizing comrades, I am so deeply sorry for the ways you are hurting right now because of me,” the first post began. “In trying to sort through parts of who I am, I’ve taken some very wrong turns.”

“What I know is that I am Southern Italian/Sicilian,” the author said in the second post. “In trying to make sense of my experiences with race, I grossly misstepped. I went along with however people saw me.”

The author went on to apologize for falsely identifying as Black and for “inserting myself into Black organizing spaces I didn’t belong in.”

They said they had resigned from their teaching position at Wisconsin and as co-president of the Teaching Assistants’ Assn., the university’s graduate student worker union.

Vitolo-Haddad did not respond to requests for comment sent via email, voicemail and text on Thursday. They told the publication Inside Higher Ed via email that, though they had benefited “socially” from the misrepresentation, they had not identified as Black on forms asking about identification, sought to obtain scholarships or awards for people of color, or represented themselves as Black in their published work.

Meredith McGlone, a spokeswoman for UW-Madison, said Vitolo-Haddad was not currently employed as a teaching assistant at the university but would not say whether they had been disciplined, citing federal education privacy law.

“UW–Madison expects that people represent themselves authentically and accurately in all aspects of their academic work,”McGlone said in an emailed statement.

The graduate union said in a statement: “We condemn CV Vitolo-Haddad’s appropriation of Black and Brown identities.”

“We cannot speak for CV, but we as TAA leaders are profoundly sorry for the harm they have caused members of the Madison community,” the union said. “The TAA enabled this harm by electing them to a position of power.”

The union committed to reform its electoral process and make changes to be more welcoming to graduate students of color.