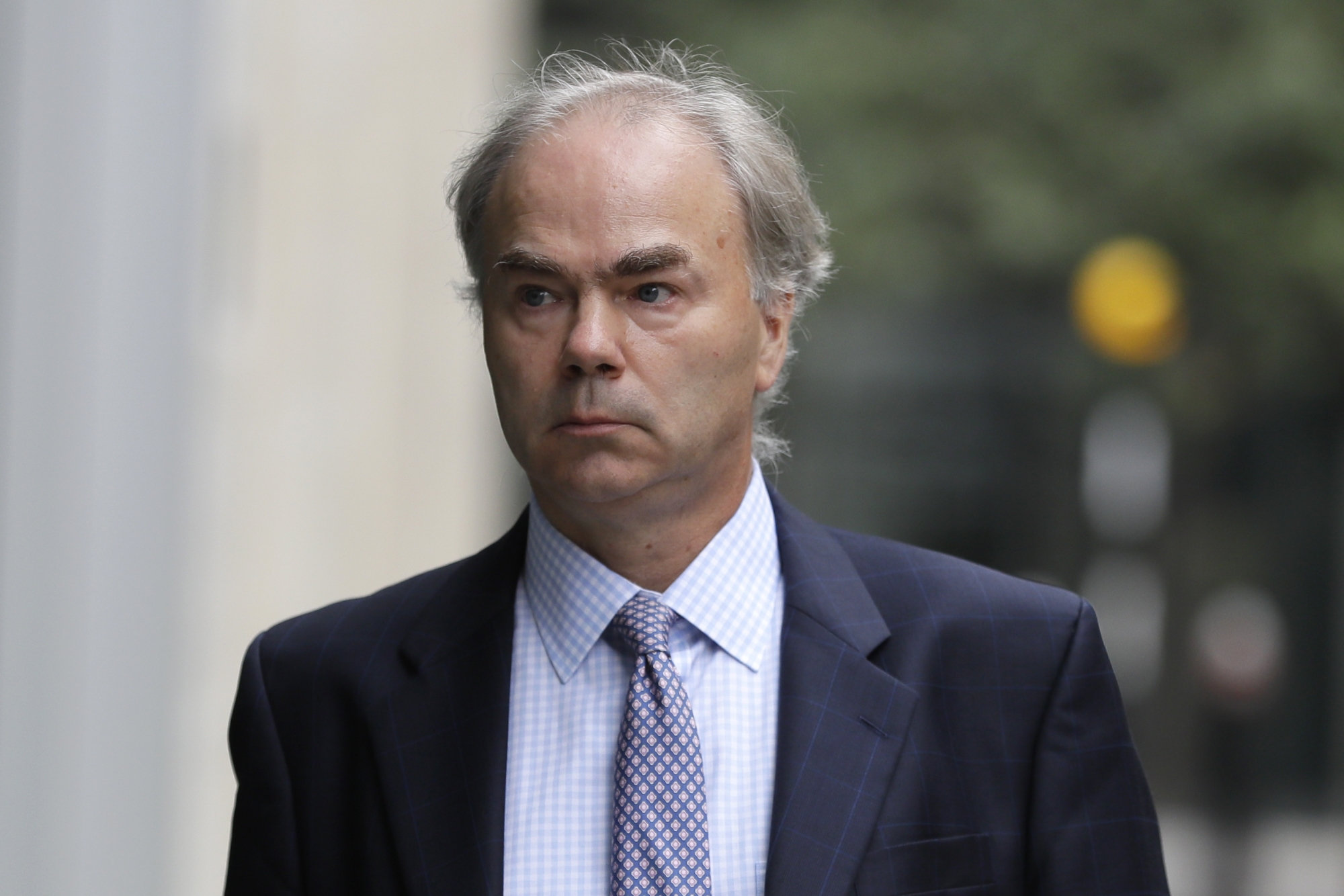 LONDON (AP) — Lawyers for a British newspaper publisher that’s being sued for invasion of privacy by the Duchess of Sussex argued Monday that she made personal information public by cooperating with the authors of a book about her relationship with Prince Harry. Her lawyers deny the claim.

The former Meghan Markle is suing the publisher of the Mail on Sunday and the MailOnline website over five February 2019 articles that published portions of a handwritten letter she wrote to her estranged father, Thomas Markle, after her marriage to Harry in 2018.

The publisher is contesting the claim. It argues that Meghan must have known the letter to her father would likely become public.

Alexandra Marzec, a lawyer for Associated Newspapers, said Monday that Meghan had a media strategy that involved “using her friends as, effectively, PR agents” to “influence the media” in the months before she sent the letter to her father.

At a hearing Monday at the High Court in London, the publisher sought to amend its defense in light of a book about Meghan and Harry that was published last month.

It said the book — “Finding Freedom” — “contains a great deal of detailed information about (Meghan’s) personal life, including a number of passages referring to her relationship and communications with her father, and a section referring to the letter which is at the heart of this case.”

Antony White, the senior lawyer for Associated Newspapers, said in written submissions that the book appeared to have been written with Meghan and Harry’s “extensive cooperation.”

But Meghan’s lawyers denied that she cooperated with the authors of the book, Carolyn Durand and Omid Scobie.

“The claimant and her husband did not collaborate with the authors on the book, nor were they interviewed for it, nor did they provide photographs to the authors for the book,” Meghan’s lawyer Justin Rushbrooke said in a written submission.

American actress Meghan Markle, star of TV legal drama “Suits,” married Harry, one of the grandsons of Queen Elizabeth II, in a lavish ceremony at Windsor Castle in May 2018. Their son, Archie, was born the following year.

Early this year the couple announced they were quitting royal duties and moving to North America, citing what they said was the unbearable intrusions and racist attitudes of the British media. They recently bought a house in Santa Barbara, California.

Monday’s court session was the latest preliminary hearing in the high-profile case. A full trial is scheduled to begin in January.

Following an earlier hearing in May, a judge dismissed parts of Meghan’s claim, including allegations that Associated Newspapers acted “dishonestly” by leaving out certain parts of her letter to her father. The judge also struck out allegations that the publisher deliberately stirred up issues between Meghan and her father and that it had an agenda in publishing intrusive articles about her.

Last month a judge ruled that the duchess can keep secret the names of five close friends who defended her anonymously in People magazine against alleged U.K. media bullying.

High Court judge Mark Warby agreed, “for the time being at least,” to grant Meghan’s request to protect the anonymity of friends who spoke to the magazine in order to spare them a “frenzy of publicity” before the case comes to a full trial.

This story corrects the name of Meghan’s lawyer to Justin Rushbrooke.

Follow all AP stories about Prince Harry and Meghan Markle at https://apnews.com/PrinceHarry.