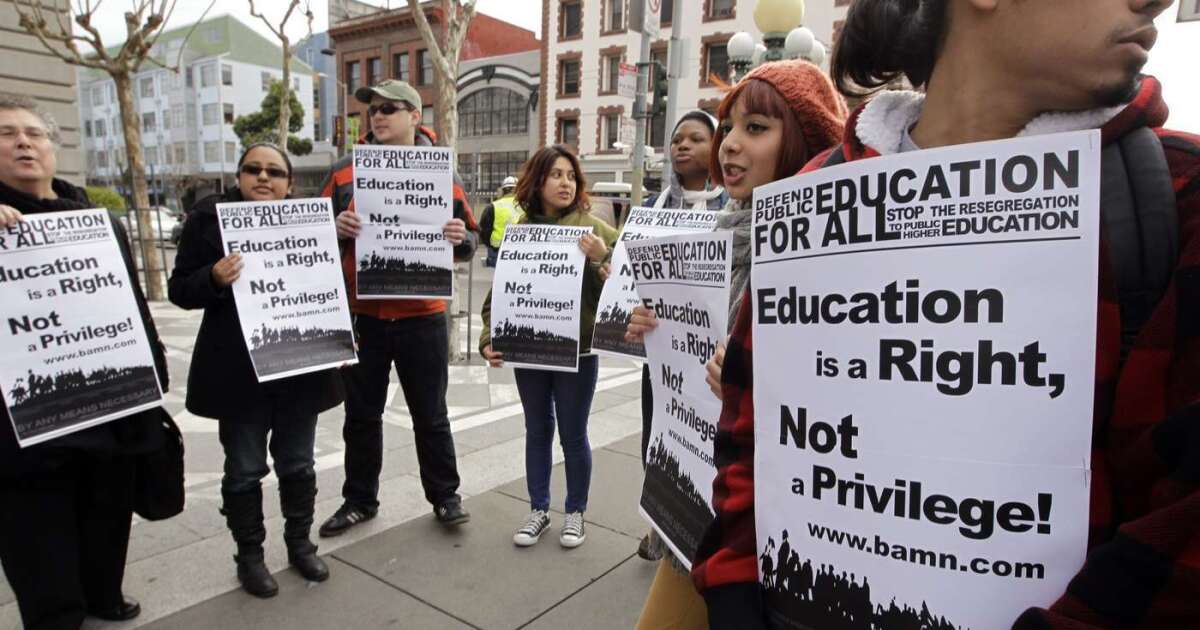 University of California regents banned the use of quotas based on race and gender in admissions, hiring and contracting Thursday — underscoring their intent to limit how they would restore affirmative action if state voters approve its use again.

In June, regents unanimously backed an effort to eliminate the longtime ban on affirmative action in public education and employment, which California voters approved in 1996 with passage of Proposition 209. That ban would be repealed by a proposed constitutional amendment, Proposition 16, on the Nov. 3 ballot.

But to make clear the UC system would not use quotas even if Proposition 16 passes, regents adopted an official policy against them. The action aligns the 10-campus system with federal law and court decisions that ban quotas, although they allow the consideration of race in limited circumstances. UC officials have said they would use race and gender in admissions decisions as just two of several factors considered, along with grades, high school coursework, special talents, and family economic and educational backgrounds.

“It makes very clear that we do not engage nor will we engage in race-based quotas and caps,” Board of Regents Chairman John A. Pérez said of the new policy. “This puts this on the record squarely.”

After affirmative action was banned by Proposition 209, the UC system adopted myriad race-neutral policies and programs to increase diversity, including aggressive outreach to students who are low-income and the first in their families to attend college. Today, 40% of UC students are first-generation college students and 36% are low-income.

But officials say the inability to consider race in admissions and hiring decisions has hobbled efforts to fully represent the state’s broad diversity. Latino and white students are the UC system’s most underrepresented major demographic groups compared with their proportion among California high school graduates who meet UC admission requirements, according to data from UC and the California Department of Education.

Some regents said Thursday that restoring race-based affirmative action would allow the UC system to use the power of its purse to stimulate economic growth among businesses owned by members of underrepresented groups, which have particularly suffered during the COVID-19 pandemic. A UC Santa Cruz study found that 440,000 of the nation’s 1 million Black-owned businesses permanently closed between February and March, regents were told. After affirmative action was banned in California, the proportion of UC spending for goods and services from businesses owned by people of color dropped from 10.2% in fiscal year 1995 to 2.79% today, a UC analysis found.

But support for the measure appears shaky. A new survey by the Public Policy Institute of California found that only 31% of likely California voters support Proposition 16, with the measure failing to win majority support among Latino and white respondents and other races and ethnic groups.

Regent Sherry Lansing said she was “horrified” by those survey results. “The greatest thing we can do is advocacy,” she said. “Otherwise it’s not going to pass and we’ll be sitting here with the same problem.”