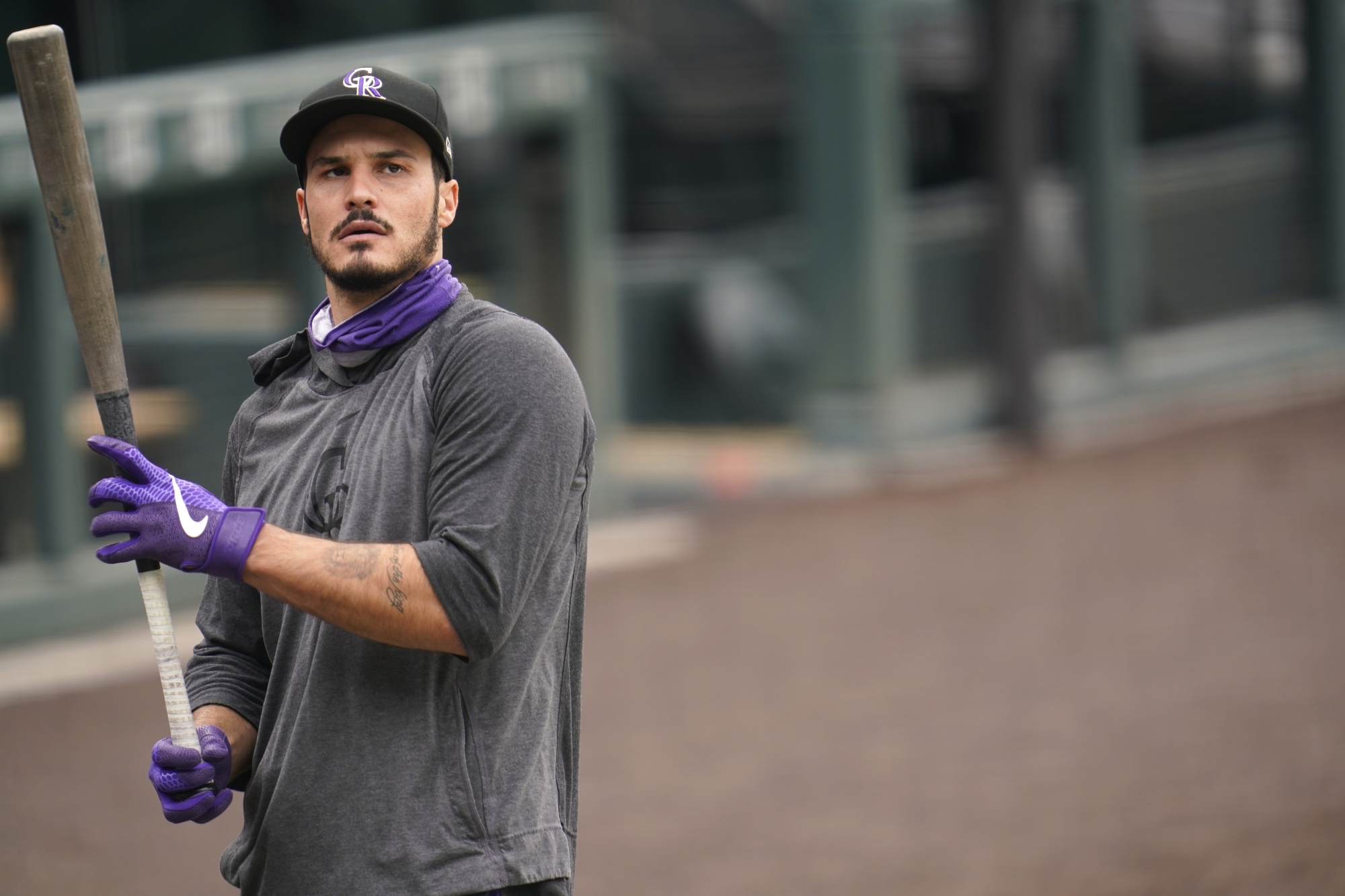 The Colorado Rockies will chase after a flickering playoff spot without All-Star third baseman Nolan Arenado, who was placed on the injured list with a sore left shoulder.

Arenado has been hampered recently by inflammation in his AC joint, along with a bone bruise, and the team elected Monday to shut him down. Manager Bud Black said surgery isn’t required but Arenado will need about a month of rest.

Black said there wasn’t one play in particular that injured Arenado’s shoulder, but it was more of a cumulative effect. It’s been bothering Arenado at the plate, where he’s hitting just .253 with eight homers and 26 RBIs.

“It just got to the point where it became too nagging,” Black said before his team opened a four-game series in San Francisco. “He’ll be fine in about a month. This is just a short-term thing.”

The loss of the five-time All-Star and seven-time Gold Glove winner is a big blow for a Rockies team trying to hang in the postseason chase after starting 11-3. They’ve gone 12-26 since Aug. 9, which is tied for the worst winning percentage in the major leagues over that span.

Colorado entered the day trailing Cincinnati, Milwaukee and San Francisco by three games for the final NL wild-card spot. The New York Mets were a half-game in front of Colorado as well.

“It’s always hard when you lose a player like Nolan,” Black said. “But it happens. It happened to us. … Guys know they have to step up when a player of Nolan’s caliber is not in the lineup.”

The plan is to use Ryan McMahon at third base. The Rockies can also turn to first baseman Josh Fuentes, who’s the cousin of Arenado.

Black wasn’t optimistic when asked if Arenado could possibly be back should the Rockies make the postseason. Arenado didn’t accompany the team on the trip.

“I would think he’s pretty much shut down unless he has a pretty rapid recovery in the next 10 days or two weeks,” Black said. “I was informed this is probably a rest period of about a month and maybe he will feel better. If that timetable speeds up, maybe there’s a chance.”

This is only the second trip to the injured list for the durable Arenado. He was sidelined in 2014 for a broken left middle finger.

The 29-year-old Arenado made some waves over the offseason when he expressed his agitation with a front office that made no major moves despite a 71-win campaign in 2019.