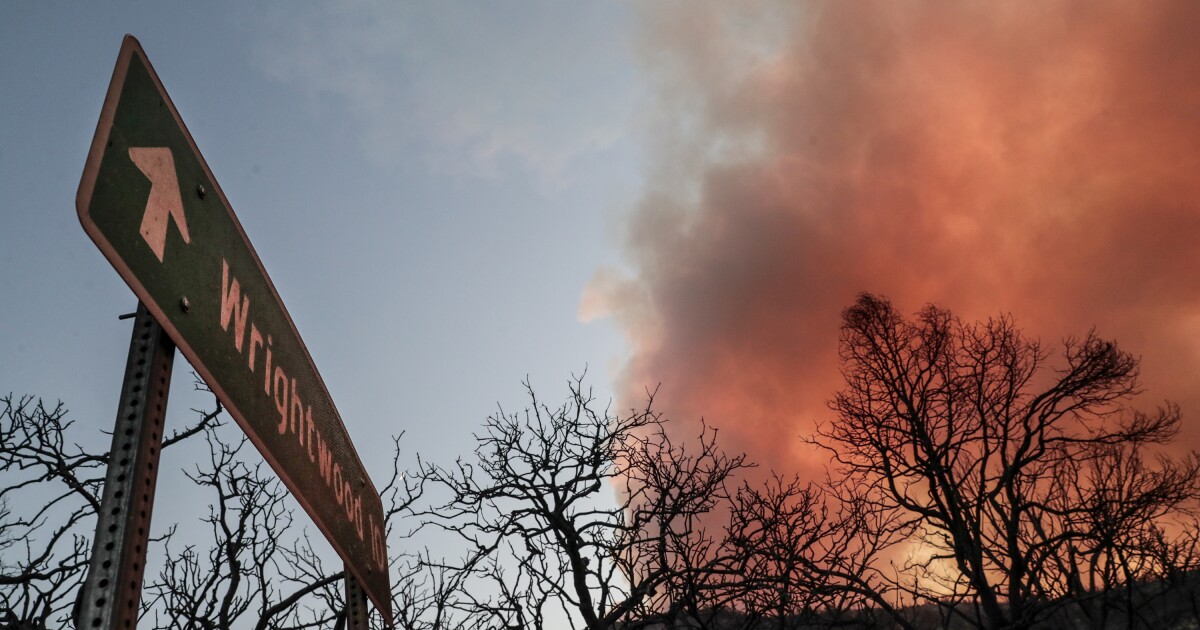 At least 29 structures have been destroyed by the Bobcat fire burning in northeastern Los Angeles County, and the number could rise as high as 85, officials said.

The U.S. Forest Service, one of the agencies managing the blaze, said Tuesday the voracious fire has expanded to more than 109,000 acres and is 17% contained.

“It’s a very dynamic incident,” Los Angeles County Fire Chief Daryl Osby said in a virtual community meeting Monday evening. “This is Day 16 of the Bobcat incident. I am humbled for the people who have lost homes or property.”

The Antelope Valley communities of Cima Mesa, Juniper Hills, Pearblossom and Devil’s Punchbowl likely bore the brunt of structure losses, officials said, but they couldn’t immediately confirm how many of the burned structures are homes. An assessment team will move through the area Tuesday to provide an updated count.

The fire’s containment numbers dipped to 13% Monday evening but had climbed back to 17% by Tuesday morning thanks to progress along the eastern edge of the blaze off the Highway 39 corridor, according to U.S. Forest Service public information officer Andrew Mitchell.

But fire crews had a setback Tuesday as personnel numbers dropped from 1,700 to 1,500 — something Mitchell attributed to required rest days for beleaguered personnel.

“We’re only allowed to work 14 days straight before we have to take a mandatory two days off,” he said. “You’ll probably see the number grow back in the next couple of days.”

The remaining crews have been divided by the fire’s multidirectional growth, which includes a northward creep into Antelope Valley and a “hard push” southwest toward the famed Mt. Wilson Observatory.

“Mt. Wilson is definitely critical,” Mitchell said Tuesday. “It’s something that we’re really putting a lot of effort into today.”

The Forest Service said the fire’s encroachment on the mountaintop was because of “unfavorable” wind conditions as well as patches of dry fuels, such as conifer trees.

Overnight aerial video showed flames approaching the communications towers at the top of the mountain, which are reportedly valued at $1 billion and provide frequencies for television and radio channels, including KPCC, KTLA and KNBC.

Mitchell said at least one spot fire has broken out at Mt. Harvard, a nearby hillside with additional communications infrastructure, but it was quickly contained by fire crews.

Smoke advisories related to the Bobcat fire and the El Dorado fire in San Bernardino County have been extended through Tuesday, according to the South Coast Air Quality Management District, which noted that the Bobcat fire is “producing substantial amounts of smoke.”

With Tuesday marking the first day of fall, Mitchell said officials hope lower temperatures and increased humidity will arrive at some point to help contain the spread of the blaze — but the National Weather Service is forecasting more warm and dry conditions for the day.