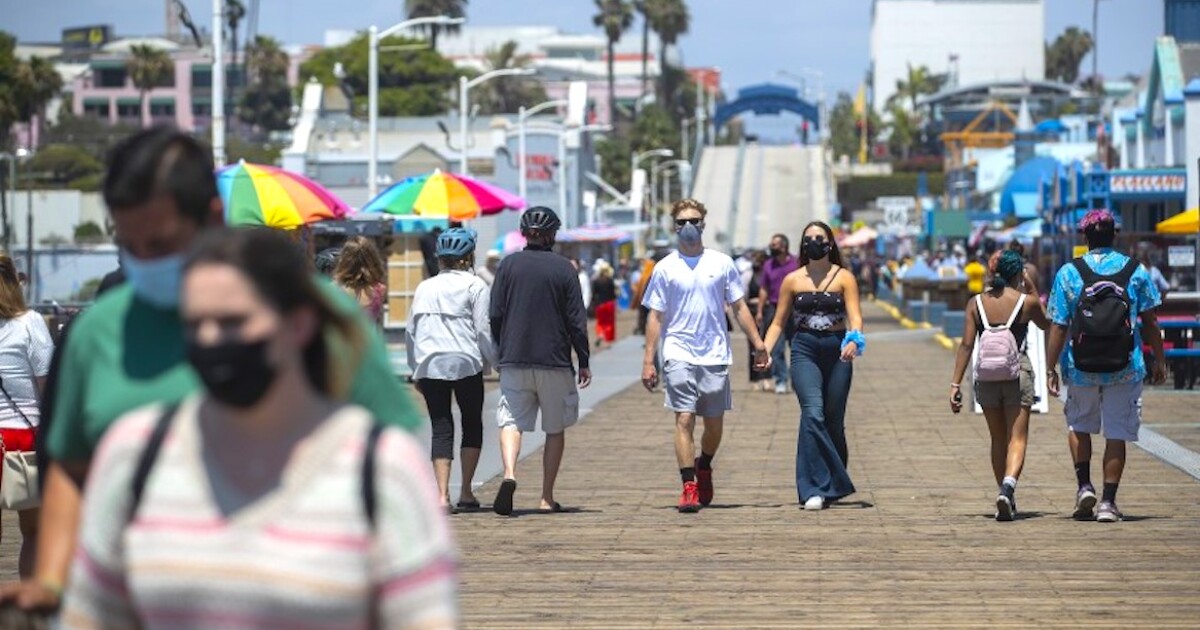 The share of Californians who tested positive for COVID-19 in the last week dipped below 3% for the first time, a sign that the Golden State is finally starting to beat back the spread of the coronavirus, officials said Monday.

Just 3.1% of Californians who were tested over the last two weeks received a positive result, and that ratio dropped to 2.8% in the last seven days, state officials said. Hospitals in California are treating the fewest patients with the virus since April, and admissions to the state’s intensive care units have been dropping steadily, too.

It’s a rare piece of good news for 40 million Californians, who are contending with raging wildfires and toxic air quality on top of the economic, physical and emotional effects of the coronavirus pandemic.

But the good news is tempered with caution: Those fires, coupled with heat waves and toxic air quality, led to a decline in testing. And health officials still aren’t certain if gatherings on Labor Day led to an increase in transmission because the virus can take up to two weeks to incubate.

Experts also fear that California’s timeline to reopen indoor businesses and schools will coincide with the start of the regular flu season. Gov. Gavin Newsom urged residents to get a flu shot, to wear face coverings and to observe physical distancing during the period he dubbed the “twindemic.”

“This disease has not gone away,” Newsom said. “Quite the contrary.”

On Tuesday, Newsom said, officials will announce some changes to the state’s tiered ranking system: purple, red, orange and yellow. The rankings measure the COVID-19 risk in each county — purple is the worst, yellow is the best — and are used to determine which businesses and schools can resume indoor operations.

A handful of counties, including San Diego and Orange, were promoted to the red tier earlier this month. Those governments began the careful process of reopening schools as well as restaurant dining rooms, museums, movie theaters and places of worship at 25% capacity.

Not all districts are resuming in-school classes immediately, he said: Some are waiting to see whether the county’s progress against COVID-19 holds, while others will phase in a few grades at a time.

A recent surge in COVID-19 infections among students at San Diego State University may push San Diego County back to purple, which would lead to tighter restrictions again.

And then there’s Los Angeles County, where the COVID-19 positivity rate has stayed too high for any businesses to reopen for indoor operations. The positive test rate rose last week, which health officials say could be the result of transmissions from the Labor Day weekend.

“I want to be cautiously optimistic, but we did have four days of data last week that showed increases,” said Barbara Ferrer, head of L.A. County’s public health department. The uptick in positive tests is a “troubling trend,” she said, that recalls other increases earlier this summer.

Two to three weeks after the Memorial Day weekend, Ferrer said, the county began seeing a significant uptick in COVID-19 cases, and saw “our biggest surge” in the aftermath of the Fourth of July.

So far, Orange County has not seen a similar uptick in cases, Chau said: “I’m keeping my fingers crossed. We haven’t seen it, and hopefully we’ll keep it that way.”