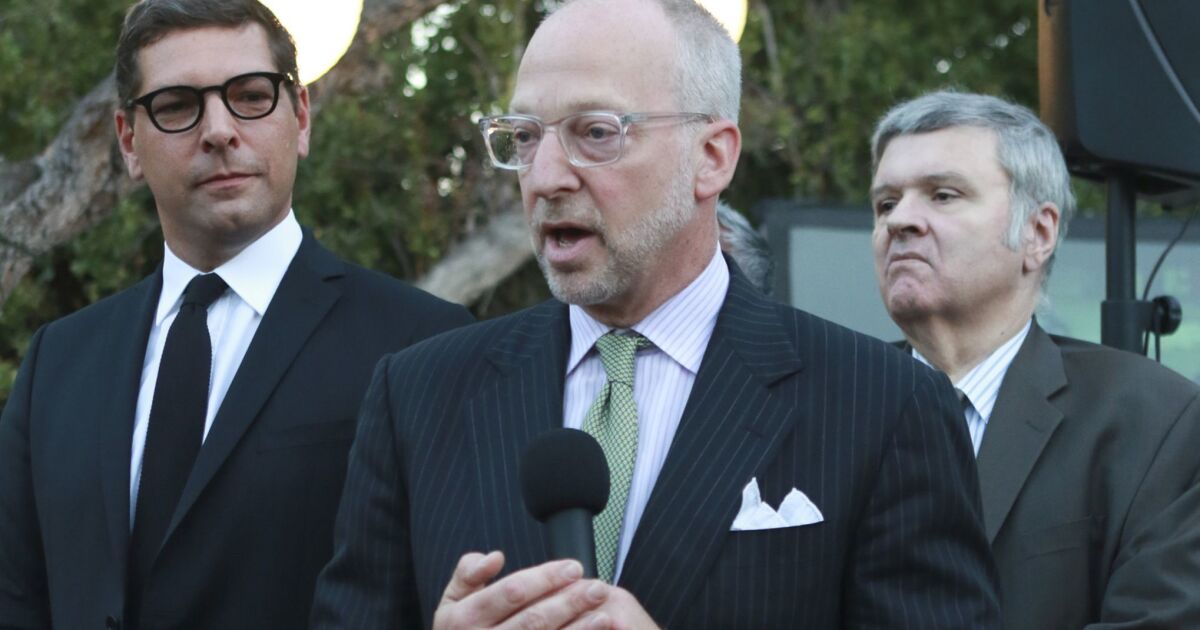 Los Angeles city attorneys took aim Monday at allegations by a former bodyguard for Mayor Eric Garcetti who claimed in a lawsuit that he had been sexually harassed by a longtime advisor to the mayor.

In a nine-page court filing, city attorneys said LAPD Officer Matthew Garza’s complaint failed to “state facts” sufficient to bring the lawsuit, which alleged that the city subjected him to a hostile work environment in violation of the California Fair Employment and Housing Act.

Garza, who worked on the mayor’s security detail, sued the city in July, alleging that Garcetti consultant Rick Jacobs made crude sexual comments and touched him inappropriately over several years.

“Plaintiff alleges that these incidents occurred since 2014 yet plaintiff never reported such alleged conduct to the city,” the filing states. “To the event that such events even occurred (which defendant denies), plaintiff should have taken advantage of the procedures that defendant has in place to address sexual harassment in the workplace.”

A longtime player in California politics, Jacobs serves on the board of directors of the Mayor’s Fund for Los Angeles, a nonprofit that raises money for Garcetti-backed causes. He also runs a separate Garcetti-supported nonprofit focused on economic development.

Garza’s lawsuit against the city alleges Jacobs harassed him beginning around 2014 and continued until October 2019.

Jacobs massaged Garza’s shoulders, hugged him and repeatedly made inappropriate comments, including talking about sex, according to the suit. The harassment took place on trips Garcetti took to Arizona, New Hampshire and elsewhere, the suit alleges. The mayor witnessed some of the inappropriate behavior but did not stop it, according to Garza’s lawsuit.

The lawsuit also alleges that “Garcetti was present on approximately half of the occasions when Jacobs behaved in this way, and witnessed Jacobs’ conduct, but he took no action to correct Jacobs’ obviously harassing behavior.”

Garza’s attorney, Greg Smith, told The Times on Monday that there are “dozens of witnesses” to Jacobs’ alleged behavior. “It’s pretty incredible the city is taking the position this didn’t happen,” Smith said.

Jacobs, along with the mayor’s wife, Amy Wakeland, are widely seen as Garcetti’s closest advisors.

Garcetti has denied witnessing the alleged harassing behavior. Jacobs has also denied Garza’s allegations and told The Times Monday that the lawsuit is “pure fiction.”

Garcetti has publicly stood by Jacobs through the lawsuit. The mayor said last month that Jacobs should be able to continue to work for the Mayor’s Fund and the other nonprofit while the case is being litigated.

“This is something that should take a process forward, but shouldn’t keep somebody who has been a committed public servant from being able to continue to serve our community and our world,” Garcetti said.