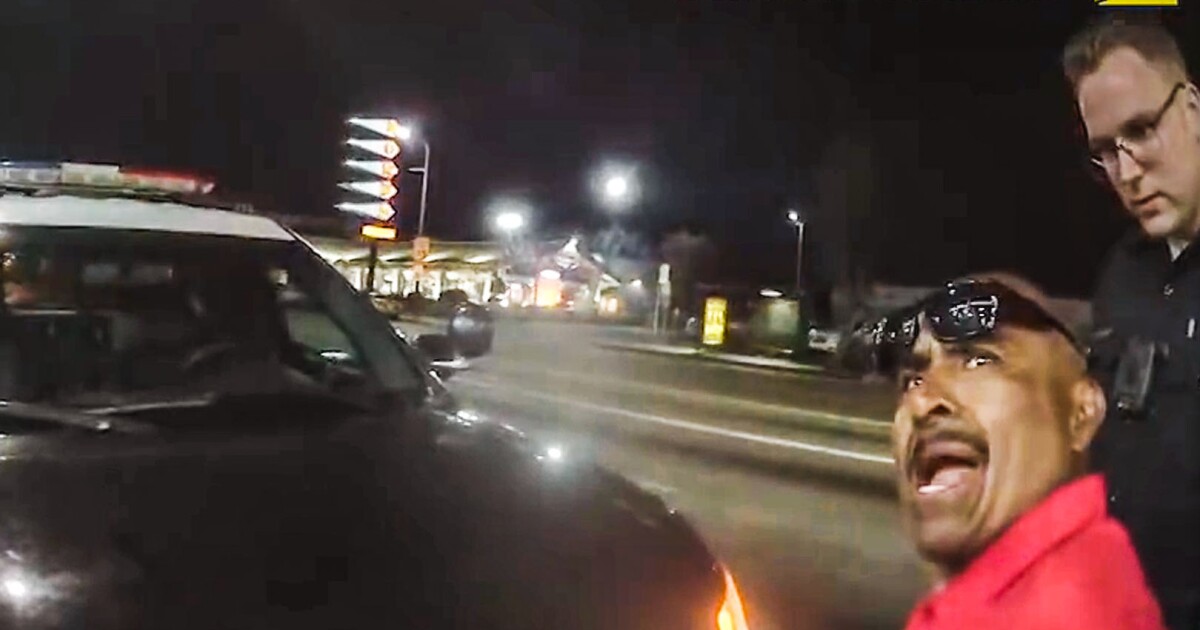 The daughter of a man who died after being detained and taken to the ground by two Los Angeles police officers in Van Nuys last year is now suing the city of L.A. in federal court, alleging it was excessive force that caused his death.

Nicole Juarez Zelaya, 20, claims the officers restricted her father’s breathing as they held him on the ground using their own body weight for several minutes, despite the fact that he had not committed a crime and they had no reason for handcuffing and detaining him.

“My only desire is for justice to be served,” Zelaya said in an interview with The Times. “The system is messed up and there needs to be action taken.”

The lawsuit comes amid intense scrutiny of police tactics for restraining people on the street following the death in May of George Floyd, who suffered cardiopulmonary arrest after a Minneapolis police officer knelt on his neck. A medical examiner in Minneapolis ruled Floyd’s death a homicide, and prosecutors filed criminal charges against the officers involved.

In the April 2019 death of Zelaya’s father, Jacobo Juarez Cedillo, 50, an L.A. County medical examiner determined he also died from cardiopulmonary arrest, along with a loss of blood flow to the brain and the effects of methamphetamine. Citing unresolved questions about the preceding takedown by police, and the timing of Cedillo’s cardiopulmonary arrest in relation to his detention, the medical examiner said the manner of death could not be determined.

“There is a temporal relationship between the cardiopulmonary arrest after prone physical restraint by law enforcement and the decedent was reported to become unresponsive after placement on the gurney,” the medical examiner wrote. “A component of asphyxia due to possible compression of the body may be contributory to the cardiopulmonary arrest, however there are no findings at autopsy that establish asphyxia.

“Determination of the amount of force used and the physical effects of the restraint cannot be established at autopsy.”

Zelaya, in her lawsuit, argues that the medical examiner’s findings bolster her argument that the police takedown contributed to her father’s death, and that the type of force that was used on her father never should have been applied.

“It is well known throughout law enforcement and medical professionals that holding a subject in a prone position restraint can be deadly,” the lawsuit states. “Compressing an arrestee in a prone position with a police officer’s weight on his or her back, and/or upper torso, restricts the ability to breathe and blood flow to the brain, and can result in anoxic encephalopathy, which is a process that begins with the cessation of cerebral blood flow to brain tissue, like in this case.”

Zelaya argues the city is liable in her father’s death in part because it failed to train its officers on the “dangers of applying pressure to an arrestee who is in a prone position.”

The lawsuit revives questions in a case the LAPD had considered settled.

After Cedillo’s death, the department investigated what occurred. It also released body-camera footage from the incident.

The video shows the two officers approaching Cedillo as he is seated in the driveway of a gas station. As they approach him, he puts his hands behind his back, and they handcuff him. The officers later told investigators that they had seen Cedillo almost get run over by a truck, feared for his safety, and handcuffed him as a precaution as they sought to find out whether he was OK.

Cedillo told the officers that he was homeless, and that he didn’t feel good. The officers said they noticed bulges in his pocket, and that Cedillo became agitated and aggressive when they attempted to determine what the bulges were and whether they were weapons.

“Relax,” one officer says, after the officers walked Cedillo to the back of their patrol car.

“I don’t have nothing,” Cedillo says.

“OK, then calm down and relax,” the officer says.

Cedillo than starts struggling, and the officers take him to the ground along a curb.

Police said the officers’ cameras fell off at that point, but that the officers held Cedillo on the ground for another three minutes until additional officers and a supervisor arrived. They also placed his legs in a hobble restraint.

At one point, the supervisor asks, “We don’t have a crime?” and one of the arresting officers says, “No, we were just … we were going to check his pockets and that’s when he just started flipping out and tried running and we just, we took him to the ground.”

In March, Police Chief Michel Moore presented a report to the Police Commission in which he said that, although he wished Cedillo had been positioned differently at one point during his detention, the officers’ actions were reasonable and within department policy.

The report found that the officers continually checked on Cedillo to make sure he was breathing during his detention, called for an ambulance after he appeared in distress, and tried to position him in a way that would best facilitate his breathing whenever he wasn’t resisting.

The Police Commission ordered a tactical debriefing for two sergeants and four officers, but agreed with Moore that the force used on Cedillo was within department policy.

Zelaya, a student at Whitworth University, said her father was hardworking and drilled into her the importance of getting an education. She said his death affects her daily, as does the LAPD’s justification of its officers’ actions.

“There’s a lot wrong with the system. There’s just a lot that needs to be done,” she said. “People need to be seen as human beings.”