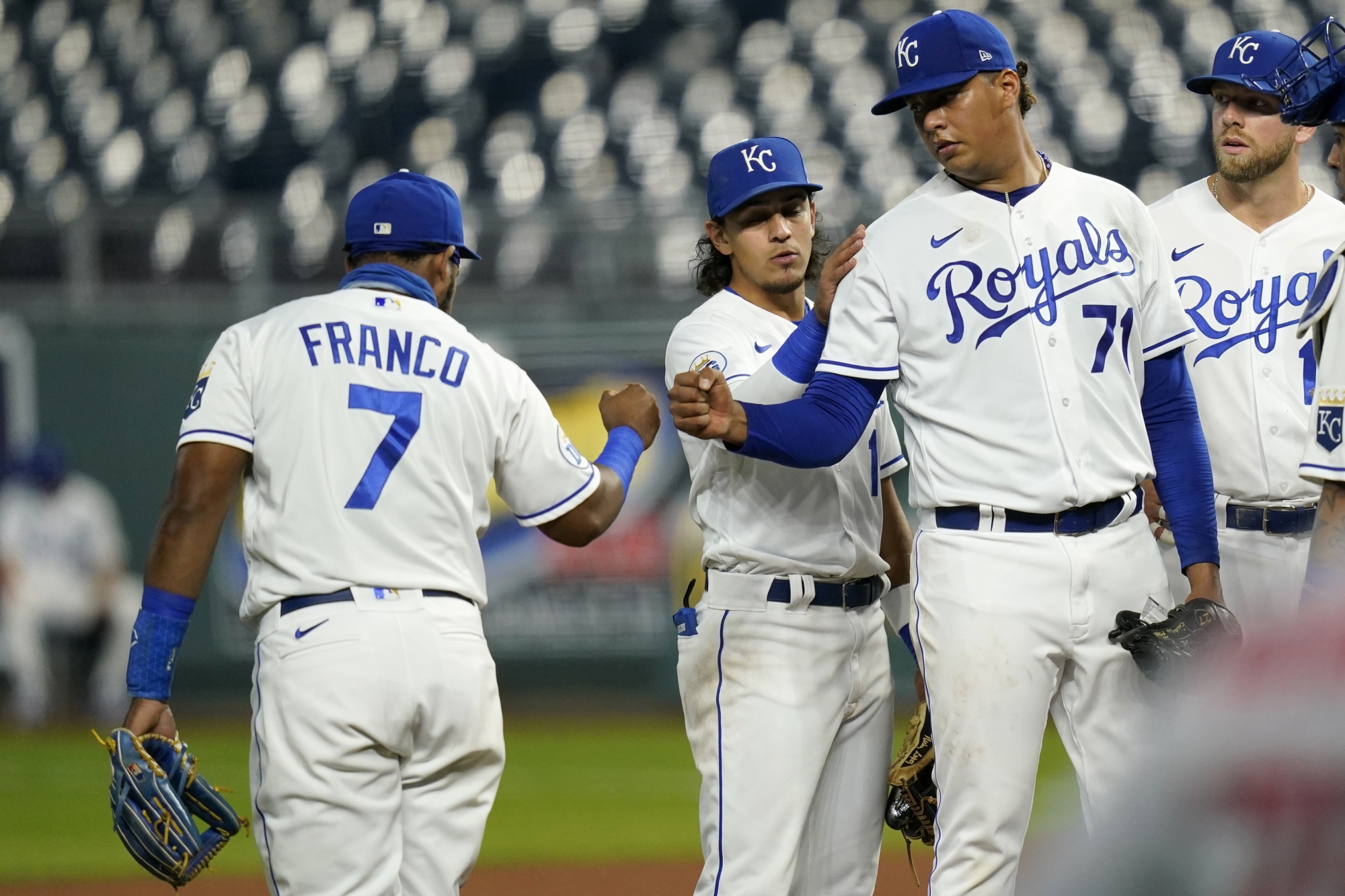 KANSAS CITY, Mo. (AP) — Maikel Franco hit the go-ahead single with two outs in the sixth inning, the Kansas City bullpen shut down the St. Louis Cardinals from the fourth inning on, and the Royals rallied for a 4-1 victory over their cross-state rivals Monday night.

Alex Gordon and Jorge Soler also drove in runs for the Royals, who returned for their final homestand after getting swept in Milwaukee, and were starting off with a playoff contender in the Cardinals that had won four straight games.

It didn’t matter to Carlos Hernandez, making his second career start, and a stout bullpen. The Royals starter allowed one run over 3 2/3 innings before giving way to Jake Newberry, Scott Barlow, Josh Staumont (2-1) and Jesse Hahn, who combined to allow one hit — a two-out single by Paul Goldschmidt — without a walk over the next 4 1/3 innings.

Greg Holland worked around a leadoff single in the ninth for his sixth save.

Franco’s two-run single down the right-field line off Adam Wainwright (5-2) was enough to spoil an otherwise solid night by the longtime Cardinals starter. He wound up allowing three runs on six hits and two walks over 5 2/3 innings.

The Interstate 70 rivals played to a draw through five innings in wildly different fashions.

The Cardinals leaned on Wainwright, their 39-year-old workhorse, who faced the minimum number of batters through the first five innings. The Royals countered with a parade of relievers that seemed ever-stingier as the innings wore on.

How each team produced its lone early run was different, too.

The Cardinals took advantage of one mighty swing from Matt Carpenter, who sent the 3-1 offering from Hernandez nearly 440 feet into the fountains in right . The Royals answered with small ball in the fifth, stringing together a single, a double and a chopping fielder’s choice from Gordon that knotted the game 1-all.

The Cardinals activated OF Dexter Fowler and RHP Giovanny Gallegos from the injured list before the game. Fowler had been out since Sept. 2 to deal with a stomach ailment that required a medication regimen that would have made him more vulnerable to the coronavirus should he become exposed. Gallegos was sidelined by a groin injury.

OF Justin Williams and RHP Nabil Crismatt were optioned to the club’s alternate training site and RHP Roel Ramirez was designated for assignment to create space on the roster.

The Royals reinstated Soler from the injured list before the game and optioned infielder Kelvin Gutierrez to their alternate training site. Soler was hitting .235 with eight homers and 22 RBIs before hurting his oblique on Sept. 5.

RHP Brady Singer (3-4, 4.14 ERA) tries to build on a 14-inning scoreless streak covering his last two starts when the Royals continue their series against St. Louis. It is the sixth-longest active streak in the majors. The Cardinals go with LHP Austin Gomber (0-1, 2.37) , who pitched in relief of injured starter Dakota Hudson on Thursday night in Pittsburgh.