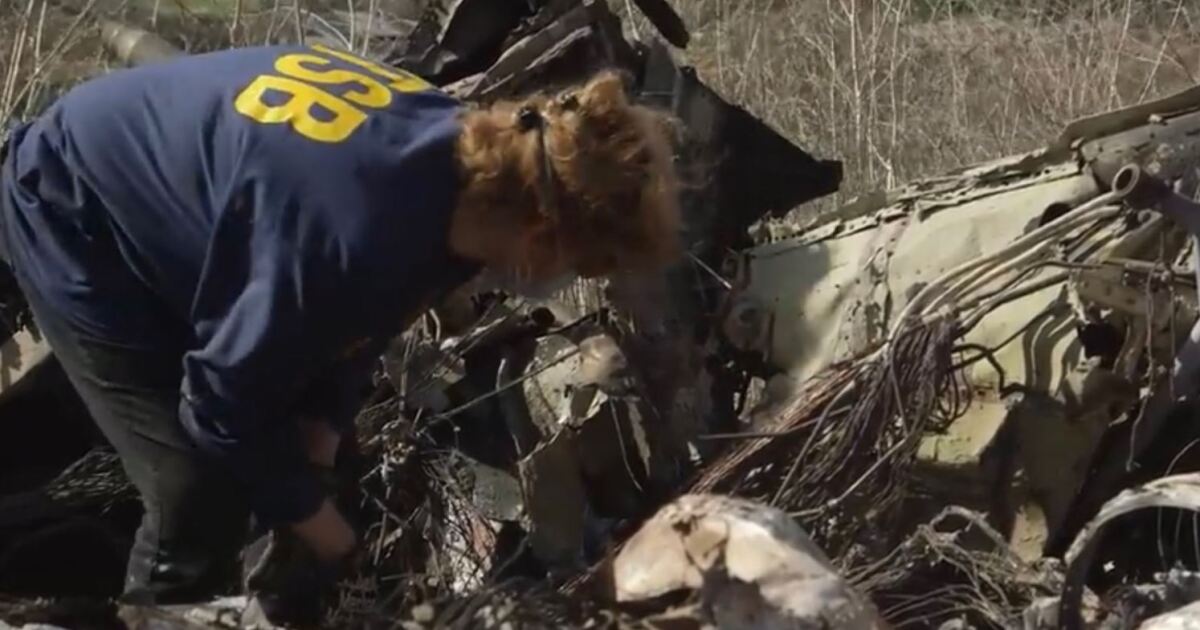 Vanessa Bryant has sued the Los Angeles County Sheriff’s Department over deputies sharing “unauthorized” photos of the scene of the helicopter crash that killed her husband, Kobe Bryant, their daughter and seven others.

Shortly after the Jan. 26 crash, Vanessa Bryant alleges, Sheriff Alex Villanueva personally assured her that deputies were securing the crash site to ensure her privacy. Her suit comes after a Times investigation revealed that deputies had taken and shared photos of the crash scene.

But the lawsuit alleges “no fewer than 8 sheriff’s deputies at the crash site, pulled out their personal cell phones and snapped photos of the dead children, parents and coaches. The deputies took these photos for their own personal gratification.”

Villanueva has admitted that eight deputies were involved in taking and sharing photos of the remains of Kobe Bryant and other victims at the scene of the crash in Calabasas and that he ordered the photos to be destroyed. He said at least one of the photos was shared outside of the department.

The lawsuit alleges one of the deputies was at a Norwalk bar and showed gruesome photographs from the crash scene to a woman and that the bartender overheard the conversation and decided to report it to the sheriff’s department.

According to the suit, Villanueva attempted to cover up the taking of the graphic photographs by going to the sheriff’s substation that responded to the crash and telling deputies if they deleted the images they would not face discipline.

In a claim early this year following the crash, attorneys for Vanessa Bryant alleged “Mrs. Bryant was distressed to learn that the department did not initiate a formal investigation until after the L.A. Times broke the story.” The document said five deputies and three trainees or reserve deputies took or shared photos of the scene.

The lawsuit seeks damages for negligence, intentional infliction of emotional distress and invasion of her right to privacy.

Villaneuva said he would not comment on the specifics of the allegations. “The actions we took were the correct ones in extraordinary circumstances,” he stated.

Villanueva added that he proposed a state lawmaker’s measure now on Gov. Gavin Newsom desk that would make it a a crime for first responders to take pictures of a deceased person unless apart of the official investigation.

The others who perished in the fiery crash were Bryant’s 13-year-old daughter, Gianna; Christina Mauser; Payton and Sarah Chester; John, Keri and Alyssa Altobelli; and pilot Ara Zobayan.

The Times first reported that the deputies shared photos taken at the crash site near Calabasas after someone filed a written complaint to the Sheriff’s Department three days after the crash. In the aftermath, the Sheriff’s Department tried to keep a lid on the episode instead of following normal investigative protocols — even after determining that several more deputies had obtained photographs, sources said.

The Times, however, learned Villanueva ordered the deputies to quietly delete the photos, a move that some inside the department as well as legal experts said could amount to destruction of evidence.

Following the revelations, an attorney for Vanessa Bryant said that she’d gone to the sheriff’s office after the crash and requested the area be designated a “no-fly zone” and guarded from photographers.

“At that time, Sheriff Alex Villanueva assured us all measures would be put in place to protect the families’ privacy, and it is our understanding that he has worked hard to honor those requests,” attorney Gary C. Robb said. He demanded that the deputies be identified “to ensure that the photos are not further disseminated.”

Robb requested an internal affairs investigation into the allegations and the “harshest possible discipline” for those responsible. He called the alleged behavior “inexcusable and deplorable.”

“This is an unspeakable violation of human decency, respect, and of the privacy rights of the victims and their families,” he said.

After The Times reported on the scandal, Villanueva said he launched an investigation, which he asked the Office of the Inspector General to monitor.

The suit, however, alleges that when Villanueva learned of the photos, he did not inform the families, investigate or inspect the phones, but directed a “cover-up.” The action, the suit alleges, compounded the deaths of Kobe and Gianna Bryant for Vanessa Bryant.

“Mrs. Bryant feels ill at the thought of strangers gawking at images of her deceased husband and child and she lives in fear that she or her children will one day confront horrific images of their loved ones online,” the lawsuit reads. The suit further alleges many social media users have claimed to have seen the photos, and that is plausible given the deputies took the images with cellphones and they would be saved to cloud storage.

The bill on Gov. Newsom’s desk was authored by State Assemblyman Mike Gipson (D-Carson). It would make it a misdemeanor, punishable by up to a year in jail and $5,000 in fines, for a first responder to use a smartphone or other device to photograph a deceased person for any purpose other than official law enforcement business.