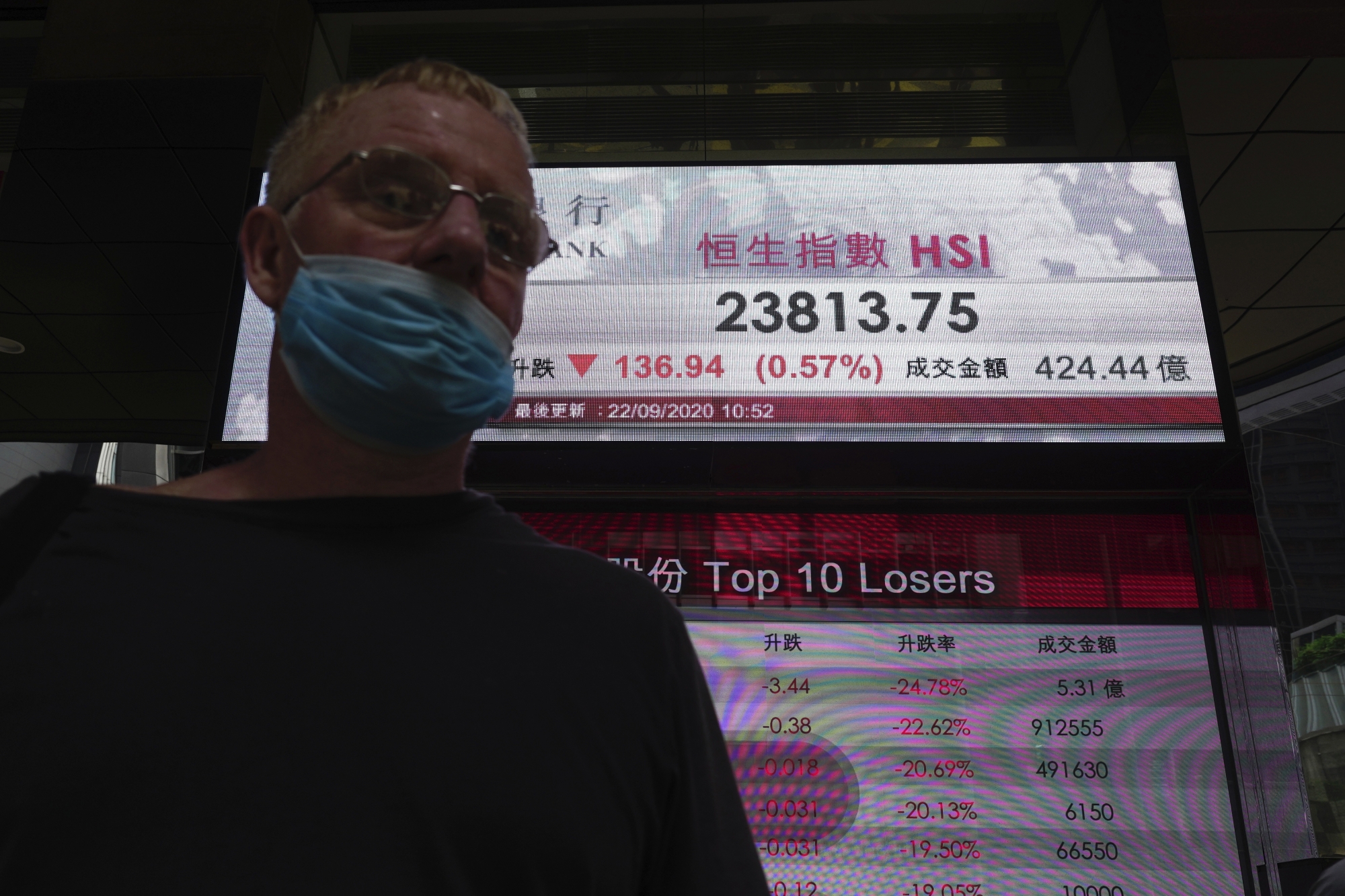 Shares slipped Tuesday in Asia after markets tumbled worldwide on worries about the pandemic’s economic pain.

Shares declined in Hong Kong, Seoul, Sydney and Shanghai while Japanese markets were closed for a holiday.

Stocks of big banks fell after a report alleged that several are profiting from illicit dealings with criminal networks.

Hong Kong-traded shares in HSBC Holdings PLC, one of the banks mentioned in the report, skidded to their lowest level since 1995. They were down 2.7% by mid-afternoon. Shares in its smaller rival, Standard Chartered PLC dropped 2.3%.

Other banks also have come under pressure on the assumption some may have served as intermediaries in transactions.

The report by the International Consortium of Investigative Journalists said leaked government documents show that the banks, including JPMorgan, HSBC, Standard Chartered Bank, Deutsche Bank and Bank of New York Mellon, continued moving illicit funds even after being warned of potential criminal prosecutions.

The documents were obtained by BuzzFeed News and shared with the ICIJ.

The report helped drive a massive sell-off across global markets because of gloom and doom over COVID-19 infections and the economic damage from the pandemic.

The S&P 500 fell 1.2% on Monday to 3,281.06 for its fourth session of losses, the longest losing streak since stocks were selling off in February on recession worries. But a last-hour recovery helped the index more than halve its loss of 2.7% from earlier in the day.

Wall Street has been shaky this month, and the S&P 500 has dropped 8.4% since hitting a record Sept. 2 amid a long list of worries for investors.

Chief among them is fear that stocks got too expensive when coronavirus counts are still worsening, Congress is unable to deliver more aid for the economy, U.S.-China tensions are rising and a contentious U.S. election is approaching.

The likelihood that Congress may soon deliver more aid to the economy after extra weekly unemployment benefits and other stimulus expired has been diminishing.

While Hurricane Beta’s weakening into a tropical storm was a relief, “Elsewhere, the forecast continued to be cloudy with the atmospheric pressure falling, hinting at stormier times ahead,” Jeffrey Halley of Oanda said in a commetary.

“With a light data calendar this week, the headline-mill has the potential to keep grinding markets down,” he said.

In other trading U.S. benchmark crude oil picked up 21 cents to $39.75 per barrel in electronic trading on the New York Mercantile Exchange. It lost $1.78 on Monday to $39.54 per barrel. Brent crude, the international standard, climbed 22 cents to $41.66 per barrel.