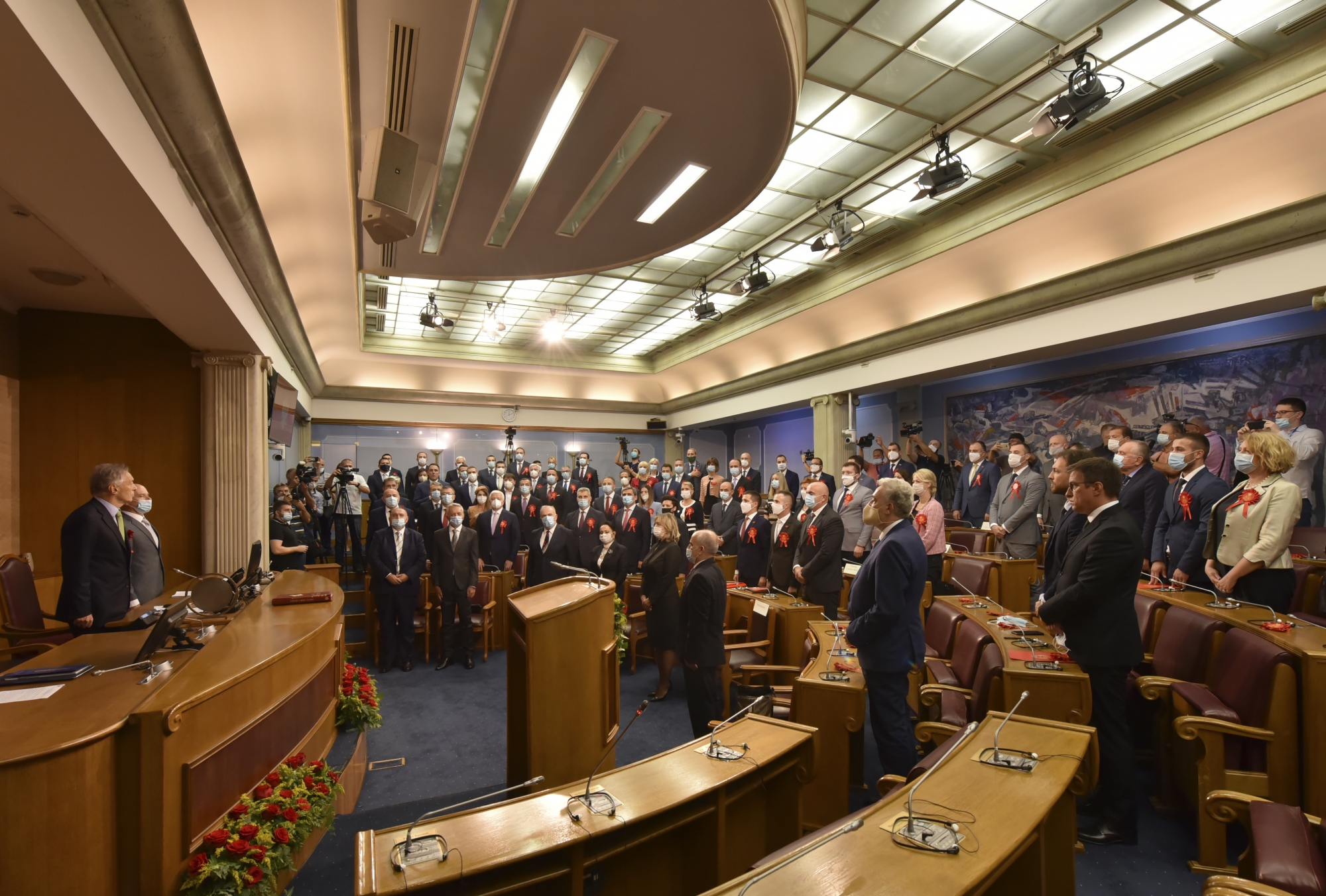 PODGORICA, Montenegro (AP) — Montenegro’s new parliament has convened for the first time since last month’s election, with lawmakers from formerly opposition groups set to form a new governing majority and oust from power a party that has ruled the Balkan country for some 30 years.

Although the pro-Western Democratic Party of Socialists won most votes in the Aug. 30 vote, a coalition of three other parties together garnered a majority of 41 seats in the 81-member assembly. The coalition leaders said Wednesday they have agreed on who will be the new parliament speaker and the future prime minister.

There have been fears that the new government could push Montenegro off its pro-Western course because it includes parties advocating closer ties with traditional allies Serbia and Russia. But leaders have pledged to strengthen ties with NATO and speed up the reforms needed to join the European Union.

Montenegro, a small Adriatic Sea nation of 620,000 people, has been a key Western ally in the Balkans while under the DPS party leadership. The party, however, has faced allegations of rampant corruption and links to organized crime.

The new coalition leaders have also pledged to change a disputed law on religious freedoms that sparked months of protests led by the influential Serbian Orthodox Church in Montenegro, and boosted the opposition ahead of the election.

If confirmed in parliament, the new government will take power during a surge in new coronavirus cases and after a failed tourism season which is expected to seriously hit the country’s already weak economy.

The former DPS party led Montenegro to independence from Serbia in 2006 and into NATO in 2017, defying strong opposition from Russia.