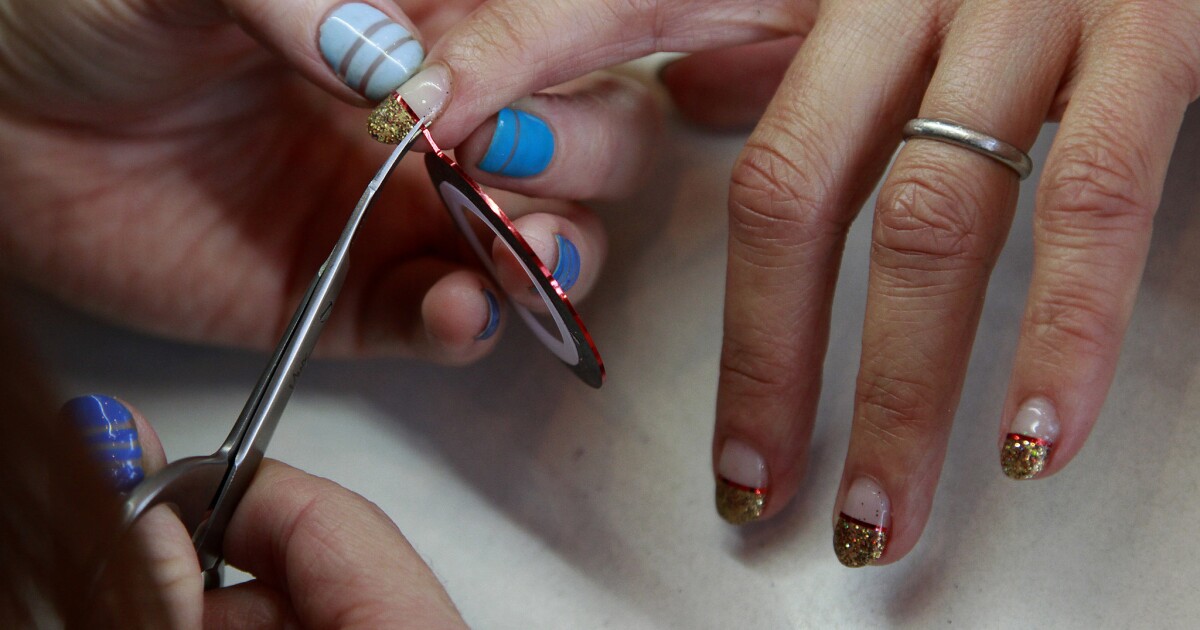 Previously, such businesses were allowed to reopen only in counties in Tier 2 or higher on the state’s four-tier reopening blueprint. Counties in Tier 1 — those deemed most at risk of widespread COVID-19 infection — will now have the option to let nail salons operate, although counties still have the authority to keep shops closed.

The decision follows months of outcry from business owners and salon workers who felt they had been unfairly targeted after Gov. Gavin Newsom claimed the first COVID-19 case in the state originated at a nail salon. Activists have said that claim is false.

Dr. Mark Ghaly, California’s Health and Human Services Department director, said Tuesday that state officials have worked with business sector leaders and county officials to ensure that nail salons can operate indoors in low-risk environments. In some parts of the state, salons have been operating outdoors.

“We’re of course very sensitive, and interested, to support economic sectors throughout the state,” Ghaly said.

It is ultimately up to individual counties to allow businesses and other sectors to reopen after being given the green light by the state.

Los Angeles County, for example, has refrained from allowing operations to resume at indoor malls and card rooms, despite having the state’s permission to do so. County health officials have said that such changes will not come until late September, at the earliest, after data that would show whether there has been a Labor Day infection surge and the state’s new reopening are assessed.

In a statement, the L.A. County Department of Public Health said it plans to consult with the Board of Supervisors to determine the timing of allowing nail salons to resume operations under modified indoor operations.

Previous guidance from the state had advised that nail salons must require workers to wear face masks and disposable gloves, ask clients to wash their hands prior to service, use disposable supplies, including single-use items, remove nail polish displays and refrain from offering multiple services at once to customers.

The state has not yet provided updated guidance for how salons should reopen in Tier 1 counties or whether such operations differ from other tiers.

Ghaly also announced Tuesday that a handful of counties have been upgraded in the state’s reopening tiers.

Alameda, Riverside, San Luis Obispo, San Mateo and Solano counties have moved from Tier 1, or purple, to Tier 2, or red, where the risk of spread is substantial. El Dorado, Lassen and Nevada counties have moved to Tier 3, or orange, where risk is deemed moderate. And Mariposa County becomes the third county in the state to move to the least-restrictive Tier 4, or yellow, where spread of the virus is considered minimal.

San Diego County remains in Tier 2 after its seven-day average case count and positivity rate dropped following a spike. If the county’s metrics fall below the Tier 2 threshold for two consecutive weeks, Ghaly said it would move up.

“We certainly see a county that is hovering between that threshold,” he said.

The state continues to see a decline in the number of COVID-19 infections and deaths, which have surpassed 15,000. The seven-day average number of daily cases is currently 3,472, while the 14-day average for positive infections is 3.0%. But officials continue to warn that data related to activity during the Labor Day weekend and the state’s latest reopening strategy could lead to a surge in numbers.

“I will reserve final judgment for a couple weeks,” Ghaly said.