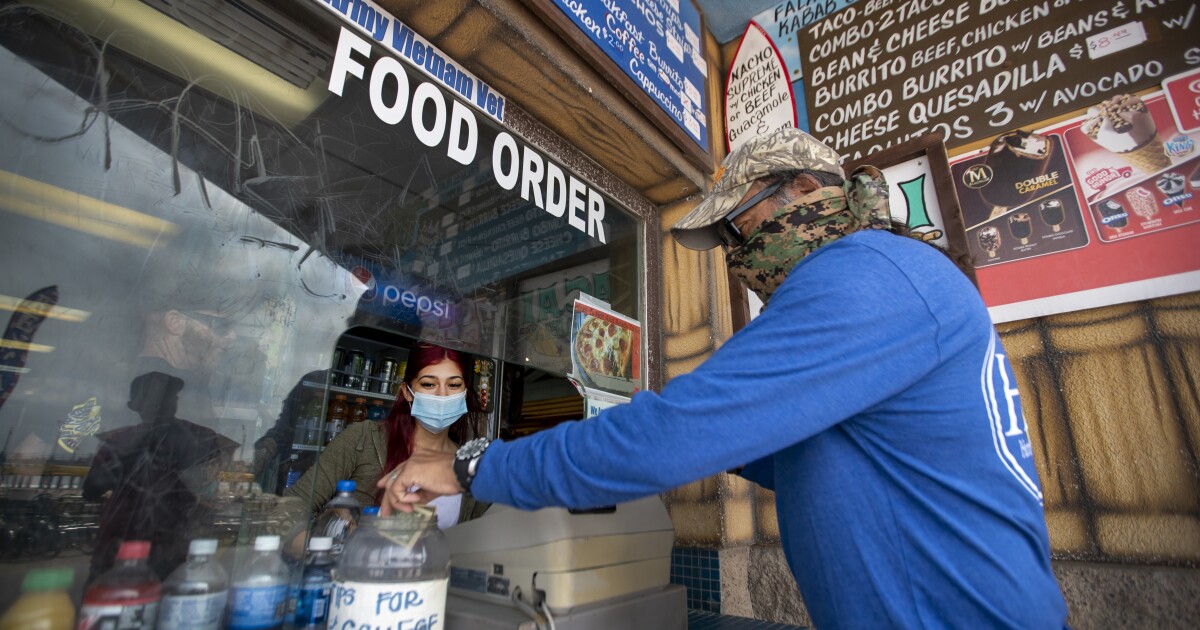 With coronavirus numbers continuing to improve, Orange County officials said this week that a wider reopening of businesses could be around the corner.

The county is in Tier 2 — the second-strictest in California’s four-tier system that assesses COVID-19 transmission. However, officials said this week they think Orange County could soon enter the less-restrictive Tier 3, based on how numbers are trending.

“There has been a steady but consistent decline in testing positivity rate,” County Executive Officer Frank Kim said Monday. “Things are looking good.”

Entering the new tier would allow a number of Orange County businesses to expand their indoor operations, albeit with continued modifications. For instance, churches, restaurants, movie theaters, museums, zoos and aquariums could operate at 50% capacity, up from 25%, while gyms could boost their capacity from 10% to 25% and reopen indoor pools.

However, Dr. Clayton Chau, director and county health officer at the Orange County Health Care Agency, said Monday that he continues “to encourage people that outdoor is safer than indoor, and that people who are at risk or people who are sick, they need to stay home.”

Officials have said that California’s tiered system, which Gov. Gavin Newsom unveiled in late August, is deliberative by design.

The hope is that taking a slow approach when it comes to determining how widely to reopen businesses will help stave off the kind of explosive growth in infections and hospitalizations seen over the summer — a surge from which the state has only recently begun to recover.

“People ask me on an ongoing basis, ‘Why the slow and stringent approach?’ ” California Health and Human Services Secretary Dr. Mark Ghaly said during a briefing Tuesday. “And I’ll remind you: We want to be slow and stringent, so as we move forward, we can be best prepared — in case we see some increase in transmission — that it doesn’t cause us to take one giant step backward.”

The state continues to see a decline in its number of COVID-19 infections and deaths. The seven-day average number of daily cases is 3,472, while the 14-day average for positive infections is 3%.

Though the trend lines are promising, Ghaly said they should serve as “a reminder that we, despite seeing a steady downward trajectory … cannot drop our guard.”

Officials are keeping a close eye out for any increase in cases that could be linked to gatherings held over the Labor Day weekend. Such a spike occurred following Memorial Day, and since the virus can take up to two weeks to incubate, it’s still unclear how — or if — the latest holiday will affect California’s numbers.

In Orange County, officials said they’ve yet to see any evidence of that kind of surge.

“I’m keeping my fingers crossed,” Chau said. “We haven’t seen it, and hopefully, we will keep it that way.”