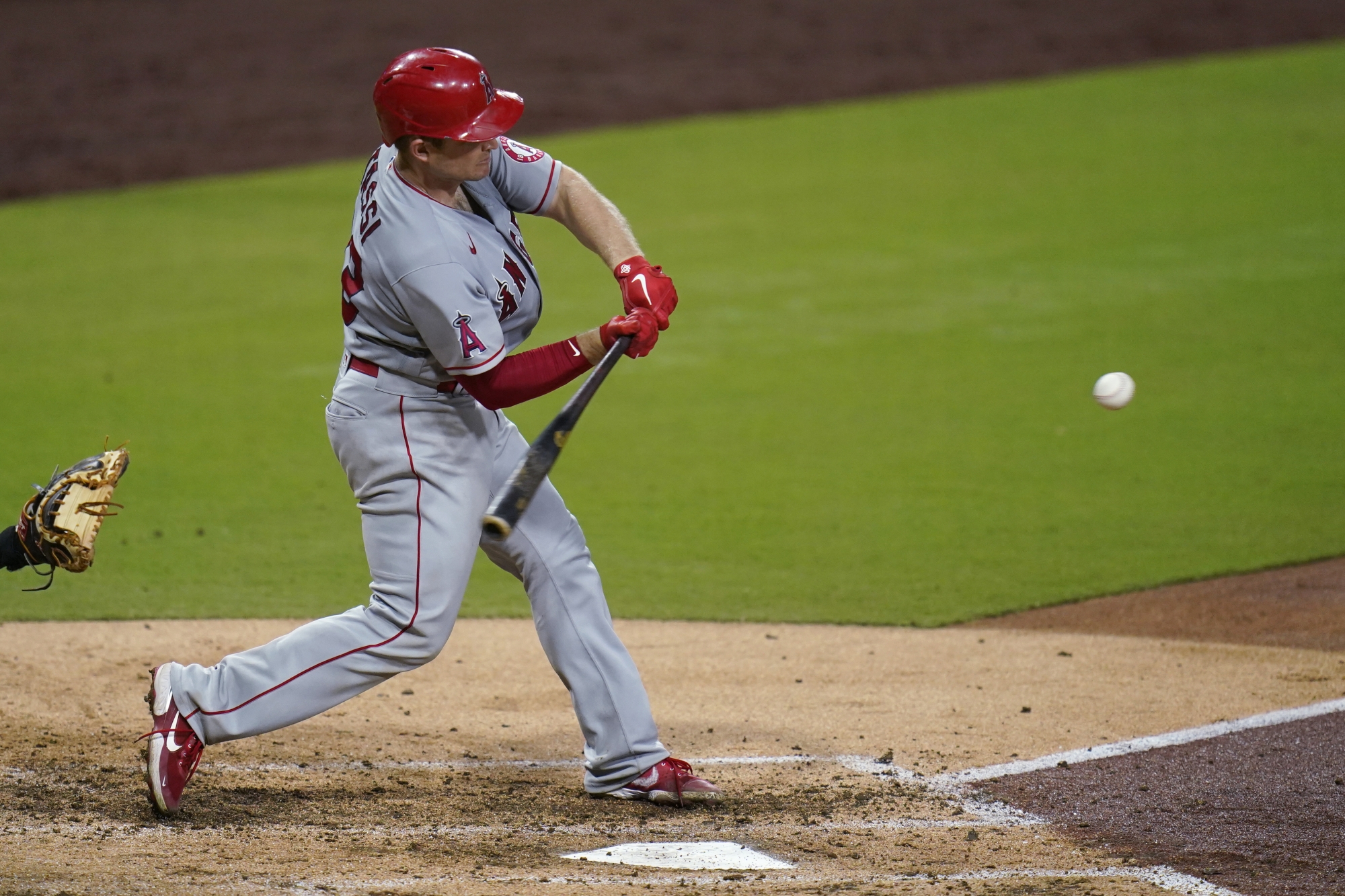 The loss, plus St. Louis’ 5-0 win at Kansas City, kept the Padres from clinching the NL’s No. 4 seed in the playoffs and homefield advantage in the wild-card round next week. On Sunday, the Padres clinched their first playoff spot in 14 seasons by beating Seattle 7-4 in 11 innings.

The Padres have the NL’s second-best record behind the NL West rival Los Angeles Dodgers. The Padres struck out 13 times and got just four hits.

The Angels remain mathematically in the race for the second wild card and for second place in the AL West.

Both of Stassi’s homers were off Zach Davies (7-4). In the first inning, he hit a two-out shot an estimated 436 feet out to the bullpens in left-center. In the sixth, he hit a two-run moonshot to what is normally a beer deck in right-center for a 3-1 lead. He has seven this season.

Canning (2-3) held San Diego to one run and two hits while walking five. Four of Canning’s walks came early as he loaded the bases with no outs twice in the first three innings and escaped by allowing just one run.

Eric Hosmer, whose grand slam on Aug. 20 made the Padres the first team to hit a slam in four straight games, came up with the bases loaded and no outs in the first and hit a sacrifice fly. Fernando Tatis Jr. was thrown out trying to steal third and Tommy Pham struck out.

The Padres loaded the bases with no outs in the third and Manny Machado, who hit the third grand slam in the Padres’ record streak, hit into a 1-2-3 double play and Hosmer took a called third strike.

Angels: Four-time Gold Glove-winning SS Andrelton Simmons opted out of the remainder of the season. “At this time, I feel this is the best decision for me and my family,” Simmons said in a statement. He will be eligible for free agency this winter.

Angels: RHP Jaime Barria (1-0, 3.26 ERA) is scheduled to start the series finale Wednesday afternoon. Earned the win in only other career appearance vs. Padres, at Petco Park on Aug. 14, 2018.

Padres: RHP Mike Clevinger (3-2, 3.10) is scheduled to start after being pushed back from Friday due to a sore biceps. It will be his fourth start since being acquired in a blockbuster trade with Cleveland on Aug. 31.