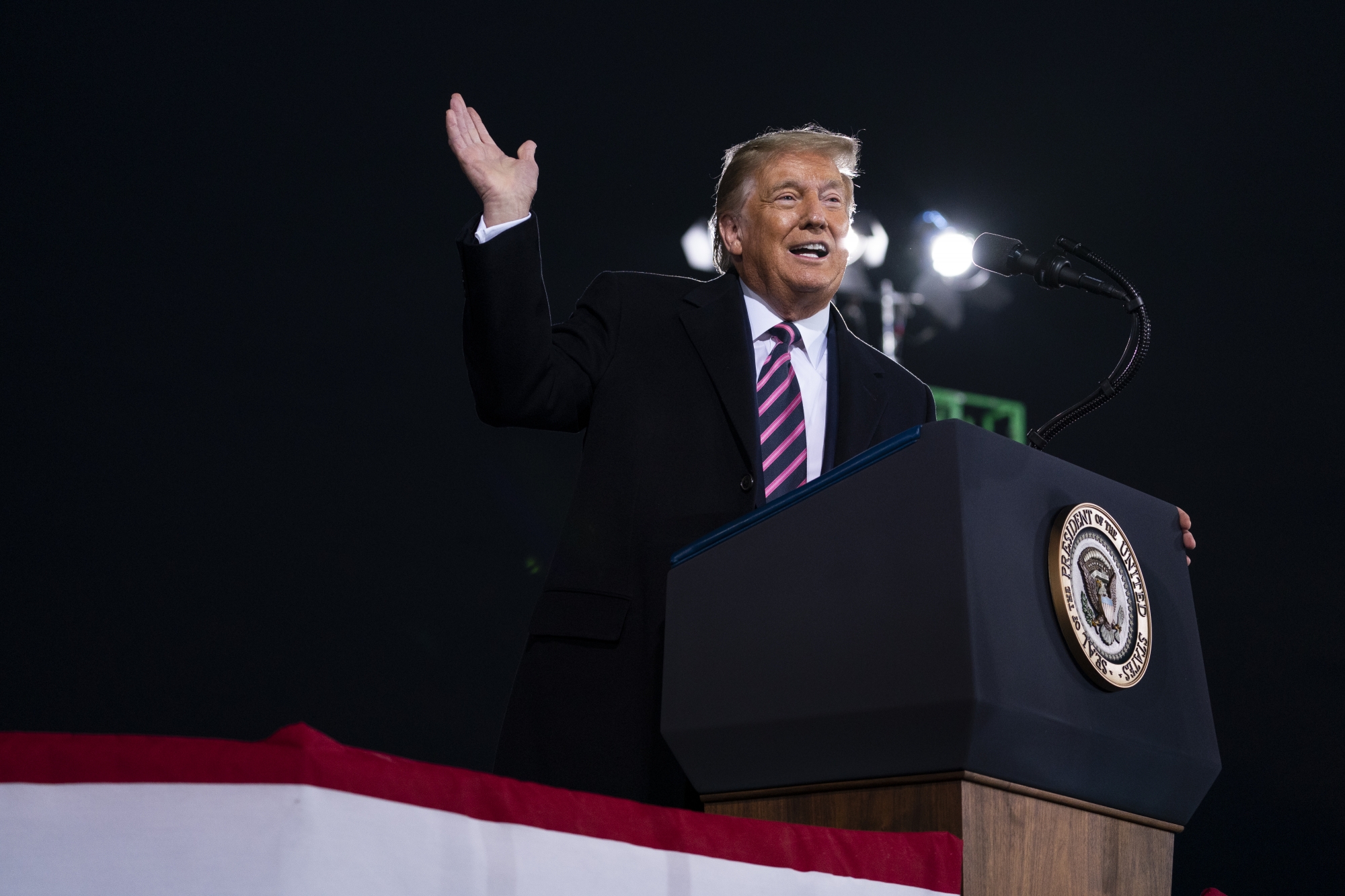 President Donald Trump on Tuesday issued an order that he said will expand a ban on the use of federal money for certain diversity training.

Trump earlier this month ordered his administration to stop paying for critical race theory diversity training in federal agencies. He said his new order will expand the prohibition on training for the U.S. military, government contractors, and and other federal grantees.

“A few weeks ago, I BANNED efforts to indoctrinate government employees with divisive and harmful sex and race-based ideologies,” Trump tweeted shortly before issuing the order. “Today, I’ve expanded that ban to people and companies that do business with our country.”

The initial memo announcing the restrictions by the Office of Management and Budget came as the nation faced a reckoning this summer over racial injustice in policing and other spheres of American life.

Trump in recent months has repeatedly defended the display of the Confederate battle flag and monuments of Civil War rebels from protesters seeking their removal. It’s part of what he has called a “culture war” ahead of the Nov. 3 election.

Last week, he announced plans to establish a commission to promote patriotic education dubbed the 1776 Commission. The panel, he said, would be tasked with encouraging educators to teach students “about the miracle of American history” and plan for the commemoration of the 250th anniversary of the signing of the Declaration of Independence.

The new order took issue with the Treasury Department for recently holding a seminar that promoted arguments that “virtually all White people, regardless of how ‘woke’ they are, contribute to racism” and training materials from Argonne National Laboratories, a federal entity in suburban Chicago, that included language that racism “is interwoven into every fabric of America.”

It listed other examples of government training that the administration says runs contrary to the idea that all individuals are created equal and should be allowed an equal opportunity under the law to pursue happiness and prosper based on individual merit.

“Such ideas may be fashionable in the academy, but they have no place in programs and activities supported by Federal taxpayer dollars,” the order said.