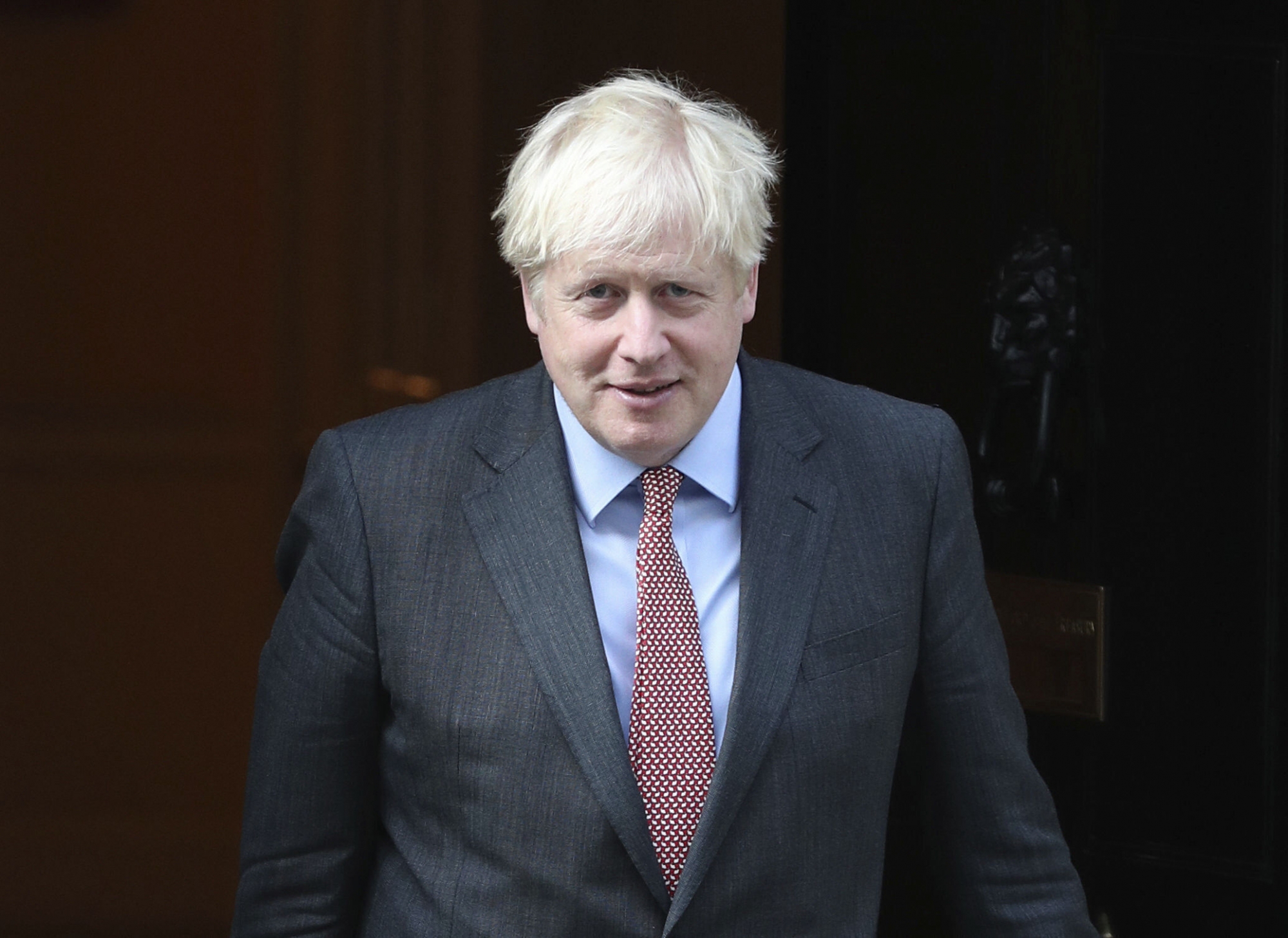 LONDON (AP) — Prime Minister Boris Johnson warned Britons on Tuesday that they should not expect to return to a normal social or work life for at least six months, as he ordered new restrictions that his government hopes will suppress a dramatic surge in coronavirus cases.

Saying Britain must act now or face a huge second wave of COVID-19, Johnson announced a package of new restrictions that requires pubs, restaurants and other entertainment venues in England to close down between 10 p.m. and 5 a.m. He also urged people to work from home wherever possible.

“We will spare no effort in developing vaccines, treatments and new forms of mass testing, but unless we palpably make progress, we should assume that the restrictions I have announced will remain in place for perhaps six months,” Johnson told lawmakers in the House of Commons.

The U.K. on Tuesday recorded 4,926 new virus cases in 24 hours, the highest daily number since early May and more than four times the figure of a month ago. There were 37 new COVID-19 deaths reported, up from single digits a few weeks ago.

The prime minister said if the new curbs did not slow the outbreak, “we reserve the right to deploy greater firepower, with significantly greater restrictions.”

Just weeks ago, Johnson had encouraged workers to go back into offices to keep city centers from becoming ghost towns and had expressed hope that society could return to normal by Christmas.

In a stark change of tone, he said Tuesday that “for the time being, this virus is a fact of our lives.”

The new restrictions came a day after the government’s top scientific and medical advisers said new coronavirus infections were doubling every seven days and could rise to 49,000 a day by mid-October if nothing was done to stem the tide. The U.K.’s alert level was raised from three to four, the second-highest rung, with government experts saying cases of COVID-19 were rising “rapidly and probably exponentially.”

The new restrictions require face masks to be worn in taxis as well as on public transportation and in shops. Weddings will be limit to 15 people instead of 30 and a plan to bring spectators back into sports stadiums starting in October is being put on hold.

Johnson did not reduce the number of people who can gather indoors or out, which remains at six.

The British government is also increasing the penalties for breaking the rules. People who breach orders to quarantine face fines of up to 10,000 pounds ($12,800) and businesses that break “COVID-secure” rules can be shut down.

The measures apply only to England. Other parts of the U.K. introduced similar curbs, but some went further in limiting social interactions.

Scottish First Minister Nicola Sturgeon, who has often struck a more cautious note than Johnson during the pandemic, said with a few exceptions, people would be barred from visiting others’ homes and car-sharing would be discouraged.

Sturgeon said the measures would be reviewed every three weeks but “may be needed for longer than that.” She said she hoped it would be less than six months.

The new restrictions outlined by Johnson are less stringent than the nationwide lockdown imposed in March, which confined most of the population and closed most businesses. Britain eased its lockdown starting in June as cases began to fall, but that trend has now been reversed.

Still, some lawmakers from Johnson’s governing Conservative Party were uneasy about tightening restrictions on business and daily life, citing civil liberties and the impact on Britain’s already-reeling economy.

Businesses, especially in the hospitality, sports and arts sectors, said they urgently needed support, too. Kate Nicholls, chief executive of trade body UKHospitality, said before the announcement that the restrictions would be “another crushing blow” for many businesses.

Carolyn Fairbairn, director-general of the Confederation of British Industry, said telling people to work from home was necessary but “comes at a serious price.” She urged the government to introduce new financial support for businesses in hard-hit city centers and for furloughed workers.

Most epidemiologists believe more restrictions are again necessary in Britain and even worry that the government’s plans may not go far enough.

Polls suggest a majority of people in Britain support lockdown measures to contain the virus. But they also show that trust in the Conservative government’s handling of the pandemic has declined after troubles with testing, mixed messages on reopening and the U.K.’s high death toll.

Britain has the highest confirmed virus death toll in Europe, at 41,877 deaths, according to a tally by Johns Hopkins University. Experts say all such tallies underestimate the true number of deaths.

Amid concerns that some people who test positive for the virus are still going to work because they can’t afford to stay home, the government announced it would pay low-income workers 500 pounds ($639) if they are told to self-isolate for 14 days.

Jennifer Cole, a biological anthropologist at Royal Holloway University, said people’s behavior is “the biggest influence” on the spread of the virus.

“In essence, the government is saying, ‘Stay sober, stay sensible and the venues can stay open.’ It’s a carrot to encourage responsible behavior,” she said.