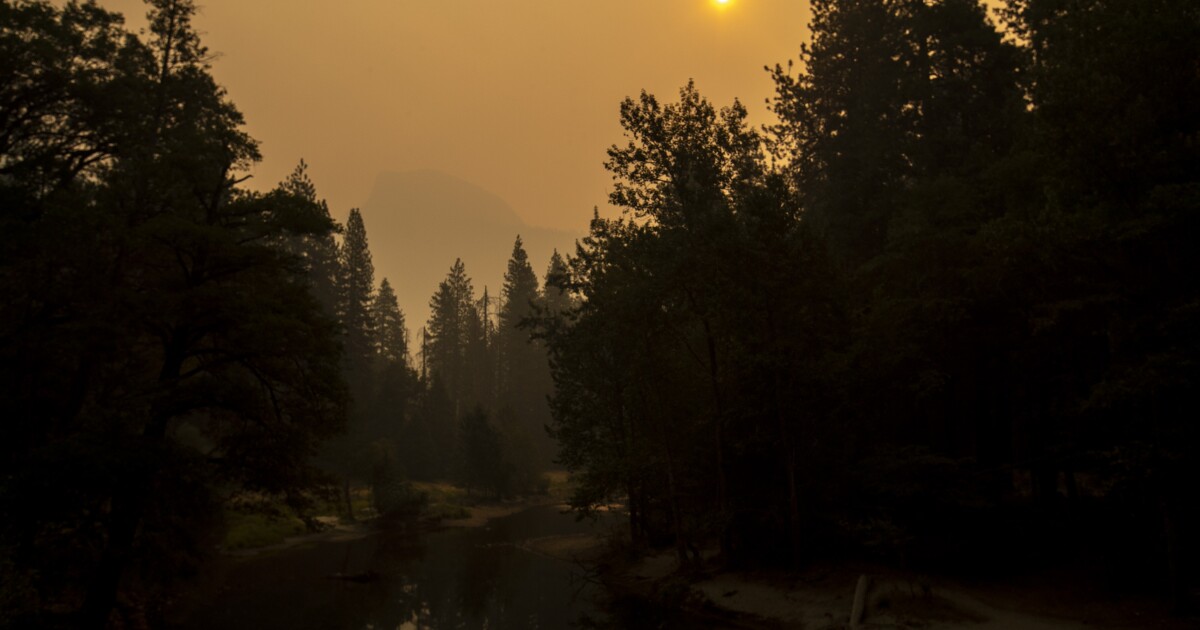 Yosemite National Park will reopen Friday, with a gradual reopening of visitor services over the weekend.

The park will still require day-use reservations to enter, a measure adopted earlier this year to reduce risk of COVID-19 infection through crowding.

Meanwhile, the nearby Creek fire continues to burn. As of Wednesday morning, it has covered more than 289,000 acres, blackening large portions of Sierra National Forest and drawing within 14 miles of Mammoth Lakes. Authorities said the fire was 42% contained.

Nearby, along the Sierra foothills, Kings Canyon National Park was expected to reopen Wednesday but Sequoia National Park remained closed.

On the coast, Highway 1 reopened Monday after a closure that lasted more than a month as firefighters battled the Dolan fire near Big Sur in Monterey County.

As of Wednesday morning, the Dolan fire had blackened more than 128,000 acres and was 44% contained. More than 500 firefighters are working on the blaze, whose origins are unknown.

The Forest Service has a regional order in place that closes those forests through Thursday. It’s still “a day-to-day decision” on when to reopen, said U.S. Forest Service spokesman Jonathan Groveman.

As of Wednesday noon, the Bobcat fire in Angeles National Forest had claimed more than 113,000 acres and was 38% contained.

Authorities urged would-be visitors to check individual forest web pages for specific restrictions; the Cal Fire website for updates on the blazes in progress; and AirNow or a comparable source for air-quality readings.