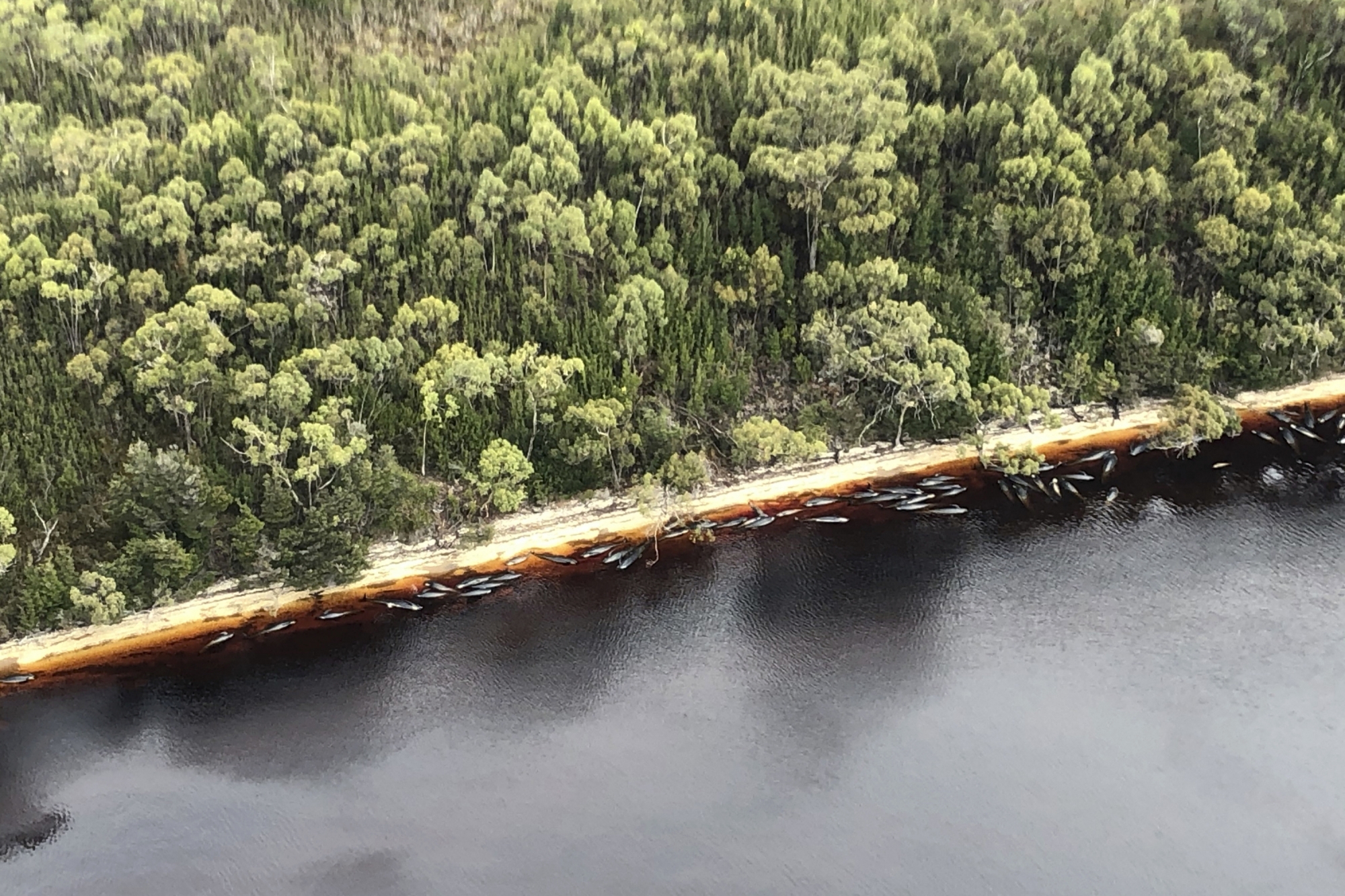 CANBERRA, Australia (AP) — Authorities revised up the number of pilot whales rescued from Australia’s worst mass stranding from 50 to 70 on Thursday, as the focus shifted to removing 380 carcasses from Tasmania state shallows.

The number of rescues had been estimated at 50 late Wednesday, but 20 more came to light following later discussions with rescue crews, Tasmania Parks and Wildlife Service Manager Nic Deka said.

An estimated 470 whales were discovered on Monday and Wednesday beached on the shore and sand bars along the remote west coast of the island state near the town of Strahan.

“We’re continuing with the rescue operation. We still have live animals that are viable for rescue,” Deka said. “But at the same time, we’re starting initial efforts with collection for disposal of carcasses.”

Deka said disposal at sea of the decomposing carcasses was the preferred option, but he was taking expertise advice.

Carlyon said some of the first whales rescued on Tuesday had beached again, but those guided back to sea on Wednesday appeared to have not returned. The rescued whales are marked to indicate which have returned.

“The 70 animals that have been refloated and released, we’re confident that most of the animals have got away,” Carlyon said. “Once they get into deeper water, they’re very hard to keep track of.”

Why the whales ran aground is a mystery. Theories include that the pod followed sick whales or made a navigational error.

Tasmania is the only part of Australia prone to mass stranding, although they occasionally occur on the Australian mainland.

Australia’s largest mass stranding had previously been 320 pilot whales near the Western Australia state town of Dunsborough in 1996.