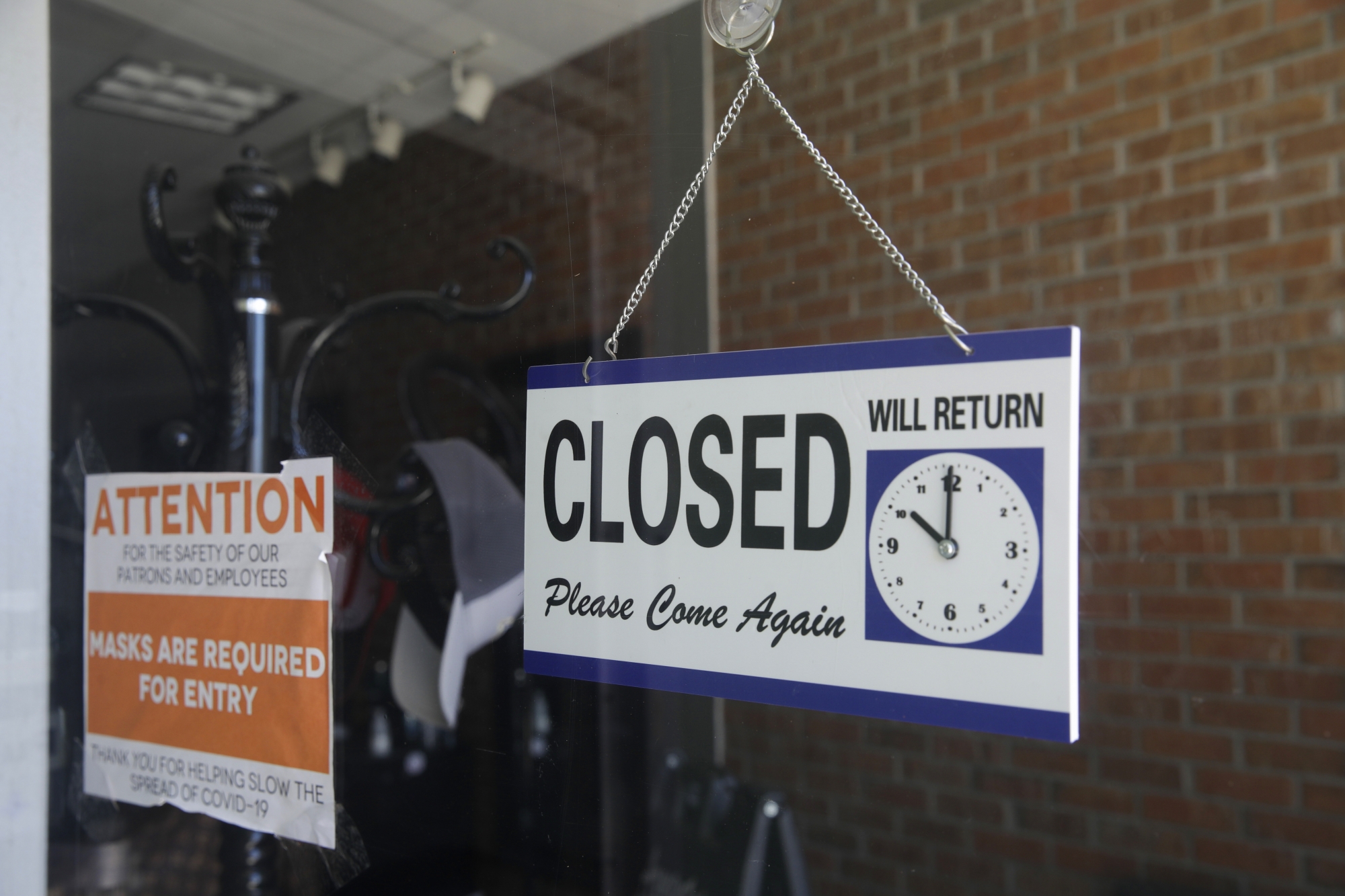 WASHINGTON (AP) — Many American workers applying for unemployment benefits after being thrown out of a job by the coronavirus face a new complication: States’ efforts to prevent fraud have delayed or disrupted their payments.

California has said it will stop processing new applications for two weeks as it seeks to reduce backlogs and stop phony claims. Pennsylvania has found that up to 10,000 inmates are improperly collecting aid.

The biggest threat is posed by sophisticated international fraud rings that often use stolen identities to apply for benefits, filling out the forms with a wealth of accurate information that enables their applications to “sail through the system,” said Michele Evermore, an expert on jobless aid at the National Employment Law Project.

The bogus applications have combined with large backlogs and miscounts to make unemployment benefit data, a key economic indicator, a less-reliable measure of the nation’s job market.

On Thursday, the Labor Department said the number of people applying for unemployment rose slightly last week to 870,000, a historically high figure that shows the outbreak is still forcing many companies to cut jobs, six months into the crisis that has killed more than 200,000 people in the U.S.

The overall number of people collecting jobless aid in the U.S. fell slightly to 12.6 million. The steady decline in recent weeks indicates some of the unemployed are getting re-hired. Yet it also means others have exhausted their benefits, which last six months in most states.

About 105,000 people who have used up their regular aid were added to an extended jobless benefit program, created in the economic relief package approved by Congress this spring. That program is now paying benefits to 1.6 million people.

Applications for jobless aid soared in March after the outbreak suddenly shut down businesses across the U.S., throwing tens of millions out of work and triggering a deep recession. Since then, as states have slowly reopened their economies, about half the jobs that were initially lost have been recovered.

Yet job growth has been slowing, and unemployment remains elevated at 8.4%. Many employers appear reluctant to hire in the face of deep uncertainty about the course of the virus.

Most economists say it will be hard for the job market or the economy to sustain a recovery unless Congress enacts another rescue package. The economy may not fully recover until a vaccine becomes available.

The concerns about fraud have focused mainly on a new program, Pandemic Unemployment Assistance, which made self-employed people, gig workers and contractors eligible for jobless aid for the first time.

The program has been targeted for fraud in many states and has also double-counted beneficiaries. Last week, California cut nearly in half the number of people receiving benefits under PUA, apparently after purging double-counts. It now says 3.4 million people are collecting the aid.

Sharon Hilliard, director of California’s Employment Development Department, said her agency has stopped accepting applications for aid for two weeks while it adopts reforms. The department will try to clear a backlog of nearly 600,000 first-time applications and review about 1 million people who have received benefits but whose cases have come under scrutiny.

Kimberly Maldonado, a 31-year-old out-of-work music instructor, is among the thousands of Californians whose benefits are tied up by bureaucratic snags and the suspension.

Maldonado applied four weeks ago. She said she calls daily to check on the status yet reaches only a recording that says the department is overwhelmed. For her, the wait is growing critical.

“It’s literally the difference between food on my table or not,” says Maldonado, who lives in Placentia. “I’ve got a 2-year-old, and I’m not really sure how I pay for anything in the coming weeks.”

Christopher Thornberg, a founder of Beacon Economics, an economic consulting firm, said all the new programs have taxed most states’ unemployment agencies and made the economic data less reliable.

“It’s kind of the Wild West,” Thornberg said. “I have just largely dismissed this data.”

Other state unemployment agencies have been bedeviled by fraud during the crisis.

Washington was the first state to be hit as an international fraud ring based in Nigeria managed to steal up to $650 million in benefit payments, though at least half that money has been recovered. Texas, Florida and Oklahoma have also been affected.

On Wednesday, Pennsylvania officials announced that 18 inmates and two girlfriends on the outside were charged in a scheme to fraudulently obtain jobless benefits. The 20 defendants were accused of seeking a combined $300,00 from PUA.

Pennsylvania this summer began requiring applicants to upload two forms of identification, a challenge for poor people and immigrants who may not have a driver’s license or passport.

“Any time you try to do fraud prevention or fraud detection, it is often over-inclusive, and the people who are hurt are often the most vulnerable workers,” said Julia Simon-Mishel, supervising attorney at Philadelphia Legal Assistance. “I don’t have a single client who hasn’t had a benefit interrupted at some point.”

The new requirements have halted benefit payments for Angela Grimley, 38, who lives in Voorhees, New Jersey, but worked in Pennsylvania as a hotel events planner. She hasn’t received money for nearly six weeks, despite regular calls and emails to Pennsylvania’s unemployment agency.