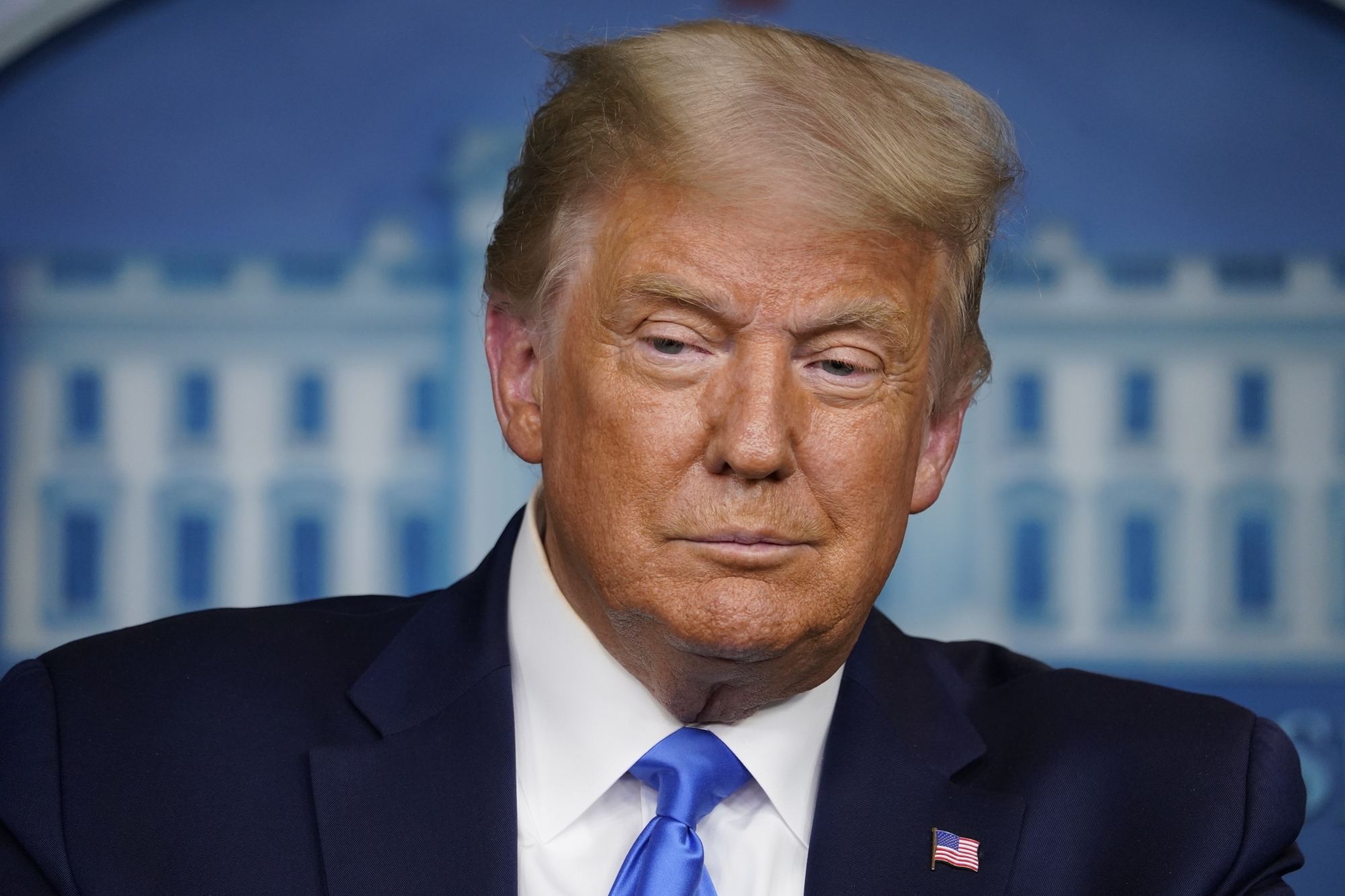 WASHINGTON (AP) — Congressional leaders from both parties, including Senate Majority Leader Mitch McConnell and House Speaker Nancy Pelosi, swiftly pushed back Thursday after President Donald Trump declined to commit to a peaceful transfer of power if he loses the Nov. 3 presidential election.

Trump said during a Wednesday news conference, “We’re going to have to see what happens,” responding to a question about committing to the results. “You know that I’ve been complaining very strongly about the ballots, and the ballots are a disaster.”

McConnell and other leaders of Trump’s Republican Party had no hesitation in committing to an orderly transfer if Trump loses.

“The winner of the November 3rd election will be inaugurated on January 20th,” McConnell said in a tweet. “There will be an orderly transition just as there has been every four years since 1792.”

Democrat Pelosi said it was “very sad” the president of the United States was even raising this question. “What would our founders think?” she asked.

She said she has confidence in American voters to cast their votes and choose the president.

“It would not be a good thing for our country, for our election to be ignored by the president,” she said.

Sen. Lindsey Graham, a Trump ally and chair of the Senate Judiciary Committee, told “Fox & Friends” on Thursday, “If Republicans lose we will accept the result. If the Supreme Court rules in favor of Joe Biden, I will accept that result.”

Rep. Liz Cheney of Wyoming, a member of the House GOP leadership, tweeted: “The peaceful transfer of power is enshrined in our Constitution and fundamental to the survival of our Republic. America’s leaders swear an oath to the Constitution. We will uphold that oath.”

It is highly unusual that a sitting president would express less than complete confidence in the American democracy’s electoral process. But Trump also declined four years ago to commit to honoring the election results if his Democratic opponent, Hillary Clinton, won.

Biden, his current Democratic challenger, was asked about Trump’s comment after landing in Wilmington, Delaware, on Wednesday night.

“What country are we in?” Biden asked incredulously, adding: “I’m being facetious. Look, he says the most irrational things. I don’t know what to say about it. But it doesn’t surprise me.”

Trump has been pressing a monthslong campaign against mail-in voting this November by tweeting and speaking out critically about the practice. More states are encouraging mail-in voting to keep voters safe during the coronavirus pandemic.

The president, who uses mail-in voting himself, has tried to distinguish between states that automatically send mail ballots to all registered voters and those, like Florida, that send them only to voters who request a mail ballot.

Trump has baselessly claimed widespread mail voting will lead to massive fraud. The five states that routinely send mail ballots to all voters have seen no significant fraud.

Trump’s latest comments were widely denounced by Democrats as threatening the very nature of the nation’s democracy. Several Republicans came forward, as well.

“Regardless of how divided our country is right now, when elections are over and winners are declared, we must all commit ourselves to the Constitution and accept the results,” tweeted Rep. Steve Stivers, R-Ohio, a former chair of the House Republican campaign arm.

Sen. Mitt Romney, one of the lone GOP voices to cross Trump, referred to an electoral crisis in Europe, tweeting: “Fundamental to democracy is the peaceful transition of power; without that, there is Belarus. Any suggestion that a president might not respect this Constitutional guarantee is both unthinkable and unacceptable.”

But Graham’s repeated suggestion on Fox that the Supreme Court could — when acting upon seemingly inevitable legal challenges to the election — end up all but declaring the winner came with an unspoken subtext: that the Senate was moving to confirm a Trump-appointed jurist to fill the vacancy left by Ruth Bader Ginsburg’s death before the election, potentially stacking the deck for Republicans.

And McConnell declined to comment beyond his tweet when asked at the Capitol whether he would insist Trump step aside if he loses.

Trump on Wednesday had appeared to suggest that if states got “rid of” the unsolicited mailing of ballots there would be no concern about fraud or peaceful transfers of power.

In a July interview, Trump similarly refused to commit to accepting the results.

The Biden campaign responded Wednesday: “The American people will decide this election. And the United States government is perfectly capable of escorting trespassers out of the White House.”

The American Civil Liberties Union also protested Trump’s remarks. “The peaceful transfer of power is essential to a functioning democracy,” National Legal Director David Cole said. “This statement from the president of the United States should trouble every American.”

Trump made similar comments ahead of the 2016 election. When asked during an October debate whether he would abide by the voters’ will, Trump responded that he would “keep you in suspense.”

It’s unlikely that any chaos in states with universal mail-in voting will cause the election result to be inaccurately tabulated, as Trump has suggested.

The five states that already have such balloting have had time to ramp up their systems, while four states newly adopting it — California, New Jersey, Nevada and Vermont — have not. Washington, D.C., is also newly adopting it.

Of those nine states, only Nevada is a battleground, worth six electoral votes and likely to be pivotal only in a national presidential deadlock.

California, New Jersey, Vermont and D.C. are overwhelmingly Democratic and likely to be won by Biden.