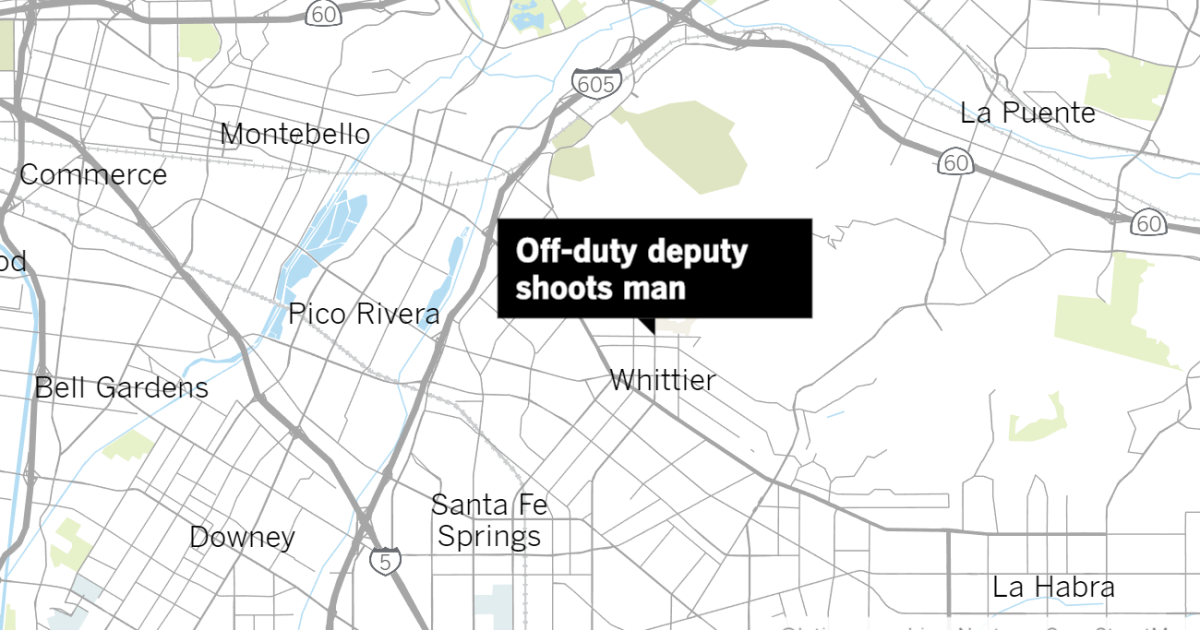 An off-duty Los Angeles County sheriff’s deputy shot and wounded a man Wednesday evening after he allegedly moved toward the deputy and reached toward his waistband.

The incident occurred after the man was confronted about an attempt to break into cars in a parking structure next to the Whittier Courthouse, according to the Sheriff Department’s preliminary account.

The agency said in a statement that a knife “belonging to the suspect” was recovered at the scene. The suspect is hospitalized in stable condition.

Investigators did not say where the knife was found or how they connected the man to the weapon. A second person who accompanied the wounded man fled the scene and remains at large, officials said.

The off-duty deputy was walking to his personal car in a parking lot in the 7300 block of Painter Avenue when he saw “two individuals looking into windows of parked vehicles, including his own.”

The deputy told investigators he confronted the men about what they were doing.

“One of the individuals began to ultimately advance on the deputy, at which time he identified himself as an off-duty deputy” with the L.A. County Sheriff’s Department, the agency’s statement said.

“The suspect then reached for his waistband as if he was going to retrieve a weapon and continued to advance on the deputy,” the statement said.

At that point, the deputy opened fire, according to the department. The man was hit in the upper body. He was taken to a hospital.

Sheriff’s Department homicide detectives are investigating the shooting. Officials did not say whether any surveillance cameras in the parking structure captured the shooting.