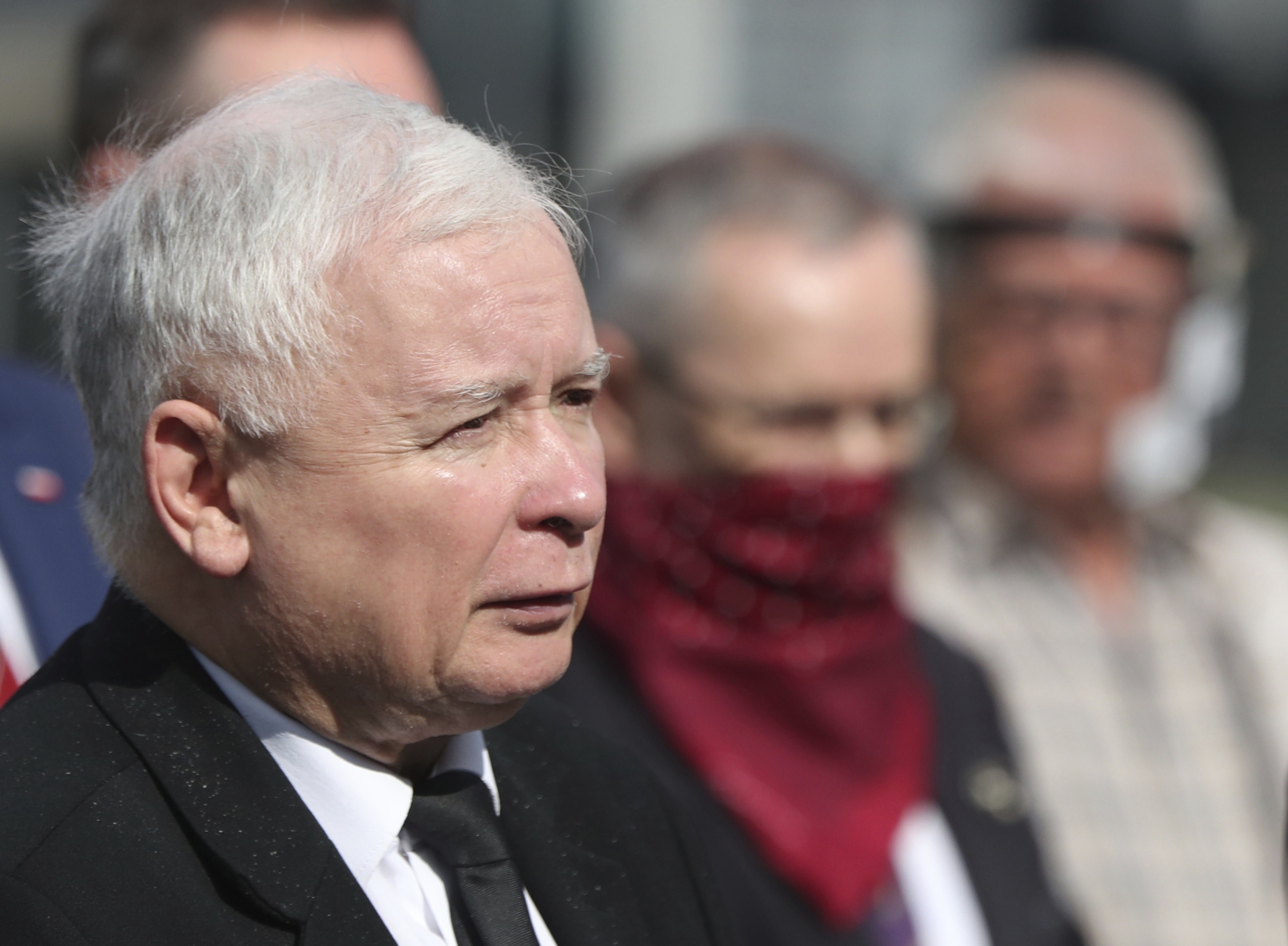 Ryszard Terlecki, the Law and Justice leader in parliament, told TVN24 that all signs point to Kaczyński joining as a deputy prime minister with the mandate that would include supervising the Justice Ministry.

The development comes as Justice Minister Zbigniew Ziobro, a hard-liner behind many of the government’s most controversial steps over the past five years, has been seeking to strengthen his power.

Terlecki spoke after the state news agency, PAP, reported that Kaczyński would join Prime Minister Mateusz Morawiecki’s Cabinent as head of a security committee that would supervise the ministries of justice, defense and internal affairs. That reported cited an anonymous source.

Kaczyński, 71, served as prime minister from 2006 to 2007. However, since his party assumed power for the second time in 2015, he has guided government decisions and appointments from behind the scenes. He is now merely one of 460 members of the lower house of parliament, a status that critics say has given him enormous power but no true accountability.

Poland’s government has been in a crisis since a small junior coalition party led by Ziobro refused to back an animal rights bill proposed by Kaczyński in a parliamentary vote last week. The actual bill was not the true trigger of the crisis, but just the manifestation of tensions that have been building.

Polish political commentators say there’s a power struggle between Ziobro, 50, and Morawiecki, 52, for eventual control of Poland’s political right as the Kaczyński era comes to an end.

Ziobro has been behind policies that have created tensions with international partners while Morawiecki is seen as relatively moderate.

Ziobro has guided an overhaul of Poland’s justice system, allegedly to fight corruption, which has put courts under greater political control, leading the European Union to fear that rule of law is under threat in Poland.

Ziobro’s ministry also prepared a Holocaust speech law in 2018 that was seen as an attempt to suppress discussion into painful wartime issues. It created a major diplomatic dispute with Israel and was eventually watered down, but has remained so controversial it effectively is not applied.

In July, Ziobro also announced a plan to leave the Istanbul Convention, an international treaty protecting women from domestic violence. In 2015 he called it a “feminist invention and creation to justify gay ideology.”

Ziobro also recently proposed a bill to crack down on non-government organizations, largely viewed as a Hungary-style proposition to stigmatize environmental and pro-LGBT groups.

If Kaczyński does become deputy to Morawiecki with supervisory authority over Ziobro, it would underline Kaczyński’s desire to see Morawiecki emerge as his heir.

Yet some commentators doubt it would solve the government’s power struggle for very long.

Paweł Wroński, a commentator for the liberal Gazeta Wyborza daily,

“This strange government construction does not end, but actually begins, the rivalry for the inheritance of chairman Kaczyński,” commentator Paweł Wroński wrote in the liberal Gazeta Wyborza newspaper.