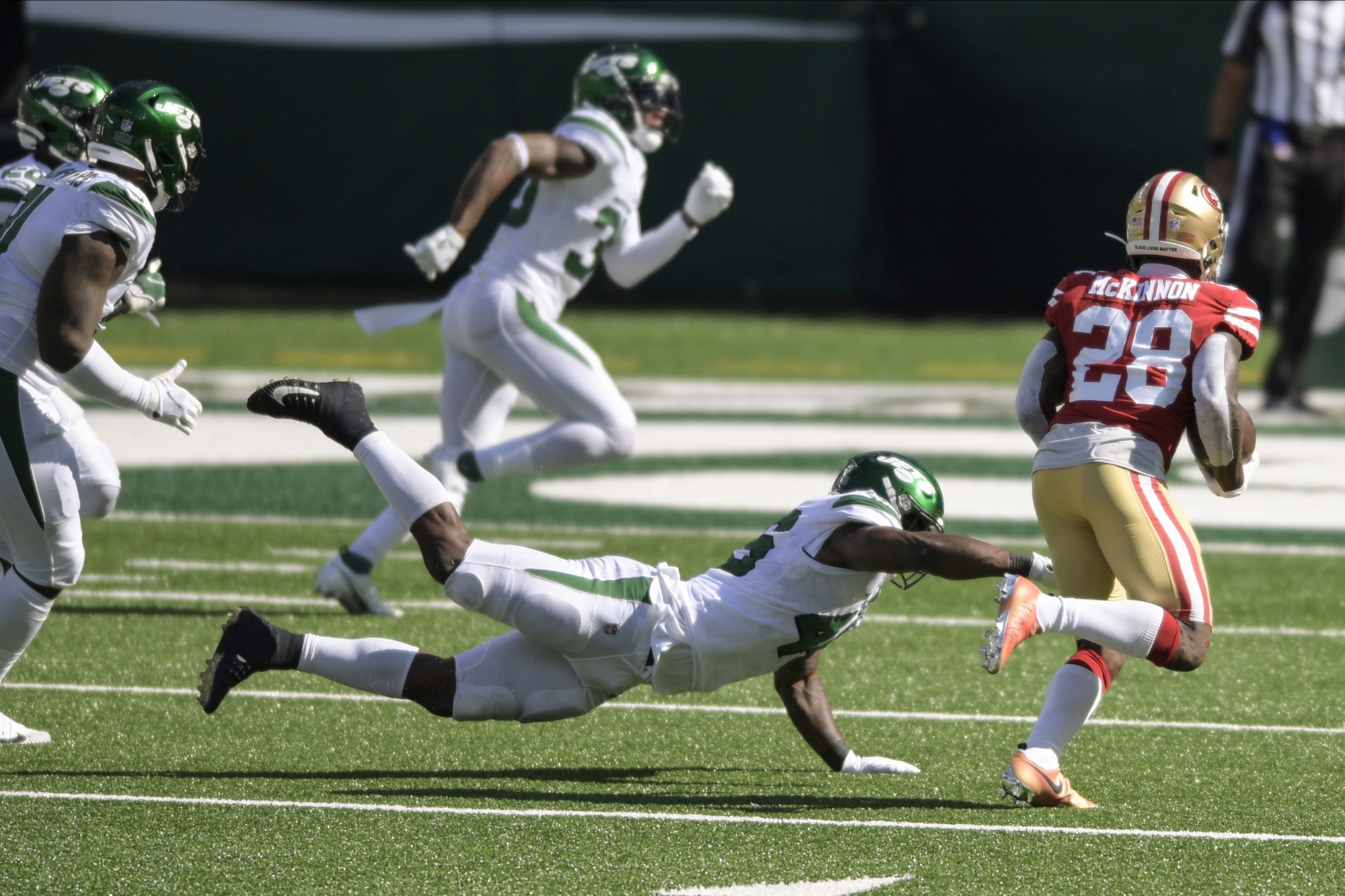 An 0-2 start with dismal performances in both games has the New York Jets in an early season hole. There are questions about coach Adam Gase’s job status, quarterback Sam Darnold’s future with the franchise — and, now, concerns about how the team is preparing for games.

The budding controversy began when safety Bradley McDougald told SNY after the Jets’ 31-13 loss to San Francisco last Sunday that some of the struggles, particularly with the defense, can be attributed to them having “slow” practices and how they haven’t had “a complete, full week of just great practices.” Linebacker Jordan Jenkins also said in a Zoom call with reporters after the game that players need to look at themselves and how they’re preparing.

“Nobody said anything during the week,” Gase said Wednesday. “I felt like we had a really good tempo to practice. Sometimes an individual guy, if he wants to change something, we talk about it every week. It’s not like it’s not an open forum. If somebody doesn’t like the way something is going, he can easily speak up.”

McDougald, who was traded to New York from Seattle in the deal that sent Jamal Adams to the Seahawks, added that the key is winning in practice and “then it will translate to the games on Sunday.”

In his weekly spot Tuesday on WFAN Radio, linebacker Avery Williamson supported McDougald’s premise. He said players miss tackles at times in practice and aren’t as crisp as they should be. Williamson added that the Jets “can’t come out sluggish in games and expect to win.”

The comments buzzed on social media and sports talk shows — a bit reminiscent of Philadelphia 76ers star Allen Iverson’s rant about practice 18 years ago. Many fans and some media pointed the blame at Gase for not overseeing better, sharper practices, although coordinator Gregg Williams is responsible for the defense.

“Yeah, I mean everybody has a different feel of how practice goes,” Gase said. “We’re heading into Week 3 here. If that’s the feeling that they have, we have a chance to really kind of ramp it up and make sure that we’re doing what we need to do in individuals (drills) and pick up the tempo.

“I haven’t necessarily felt that. When I watch our guys, I feel like guys are flying around, they’re chasing the ball. But you’re always looking to improve in practice.”

Gase said Williamson texted him after making his radio appearance to try to clarify his comments before the coach heard them second-hand.

“He just said that he said something about how they practice on defense,” Gase recalled. “He said he felt like what he said wasn’t really what was reported. I don’t know, I told him it is what it is.”

McDougald didn’t backpedal from his comments Wednesday, reiterating during a Zoom call with reporters that it is a problem the Jets have had “slow” practices, but he also clarified his point.

McDougald said he didn’t feel he needed to clear the air with either Gase or Williams because he didn’t think he “disrespected anybody or came at anybody.” He reiterated that he was speaking in general terms — not trying to imply the coaches aren’t doing a good enough job.

“My comments weren’t pointing the finger at anyone because I feel like this is a collective effort to turn this ship around,” McDougald said. “I’m not coming for my coaches. Our coaches do a great job of preparing us, but we’re all in this together.

“When I say ‘we,’ it’s ‘we’ as a collective, you know? The players and coaches included. Everybody’s a part of this. … We need to have a great week of practice. That’s it.”

McDougald acknowledged there was “an uptick” of energy from the players at practice Wednesday, saying “guys were flying around” the field.

“The coaches are going to keep coaching us hard, they’re going to keep showing up with game plans and expecting us to execute,” McDougald said. “We, as players, have to come out there and execute.”

NOTES: The Jets signed S Marqui Christian to the active roster from Chicago’s practice squad. Christian was a free agent in the offseason and agreed to a deal then with New York, but it fell through. He was suspended for the first two weeks of the season by the NFL in June for an unspecified rules violation but was signed by Chicago in August.