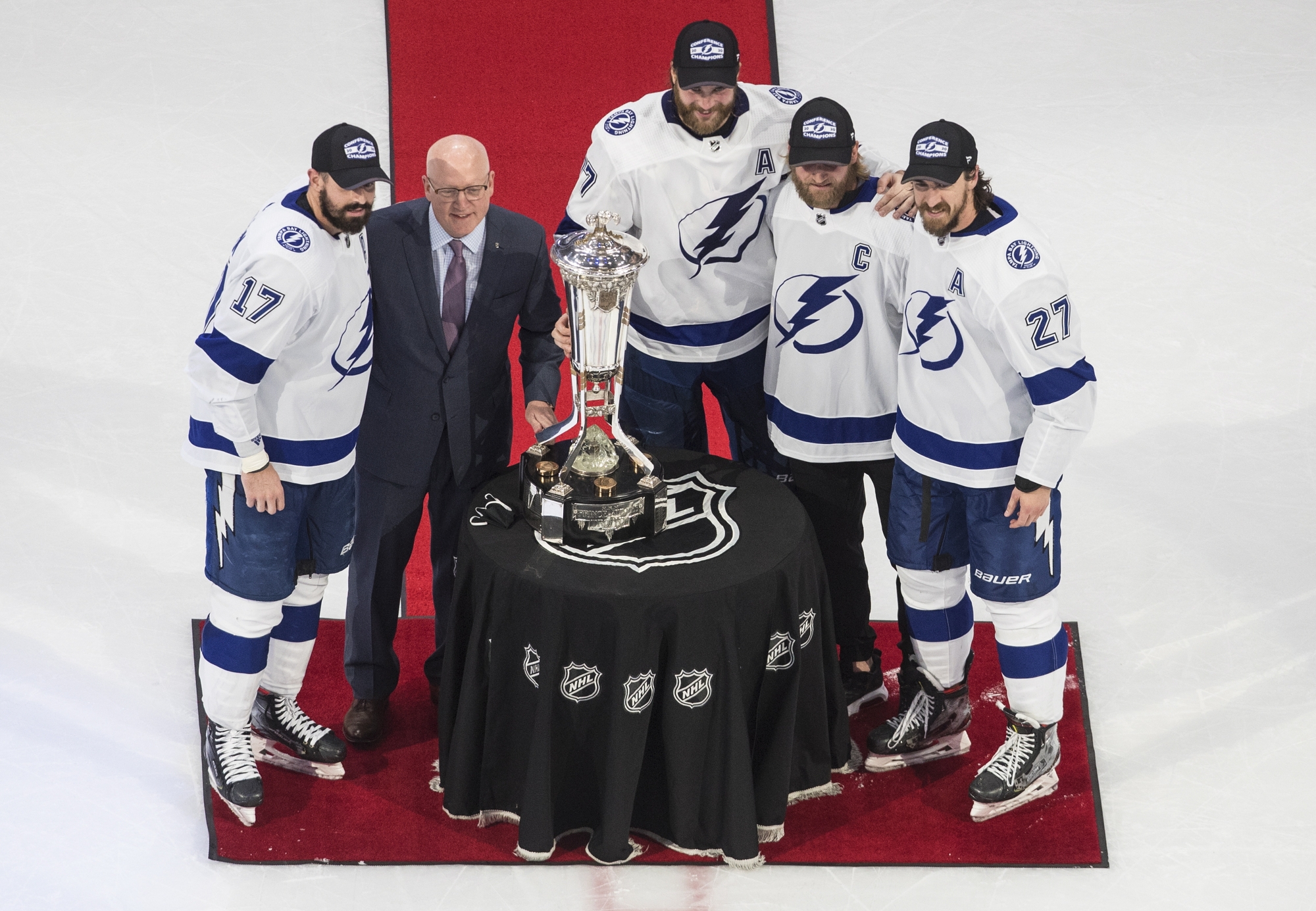 EDMONTON, Alberta (AP) — Steven Stamkos scored on his first shot since February, left with injury and the Tampa Bay Lightning kept dominating without him.

Tampa Bay leads Game 3 of the Stanley Cup Final 5-1 over the Dallas Stars through two periods Wednesday night. Stamkos made his 2020 playoff debut 211 days since he last played in an NHL game but skated only five shifts for 2:47 and made the most of it with a goal.

“We were really excited,” forward Alex Killorn said. “When he told us he was ready, he comes out, gets a shot on net and scores a goal. It really elevated our team. So happy for him to be back and be a part of this.”

Stamkos skated off gingerly at the end of his final shift in the first period and was not on the bench for the start of the second. He returned to the bench and took a few twirls to test out the injury but did not return before the second intermission.

The Lightning were just fine with Stamkos offering moral support from the middle of the bench.

They got goals all three of their first-line forwards, their top defenseman and their captain to blow the Stars out of the empty building for 40 minutes. Nikita Kucherov, Stamkos, Victor Hedman, Brayden Point and Ondrej Palat all beat Anton Khudobin, who is starting to look shaky.

Khudobin was under pressure most of the night and allowed five goals on 29 shots. Tampa Bay had 11 shots on goal in the second period by the time Dallas got its first at the midway mark.

Stars coach Rick Bowness gave Khudobin the mercy pull at the start of the third period and put in rookie Jake Oettinger.

Only a short-handed goal by Jason Dickinson after a rare turnover by Palat is keeping this from being a shutout. Along with the star skaters, Andrei Vaslievskiy has made a few big saves among his 19 through the first two periods.

Stamkos last played Feb. 25. He had surgery in early March to repair a core muscle injury and aggravated it during informal workouts over the summer.

It seemed like Stamkos was on the verge of returning at the start of the postseason but may have had another setback. Asked Wednesday morning about Stamkos, coach Jon Cooper said only, “He’s inching closer.”