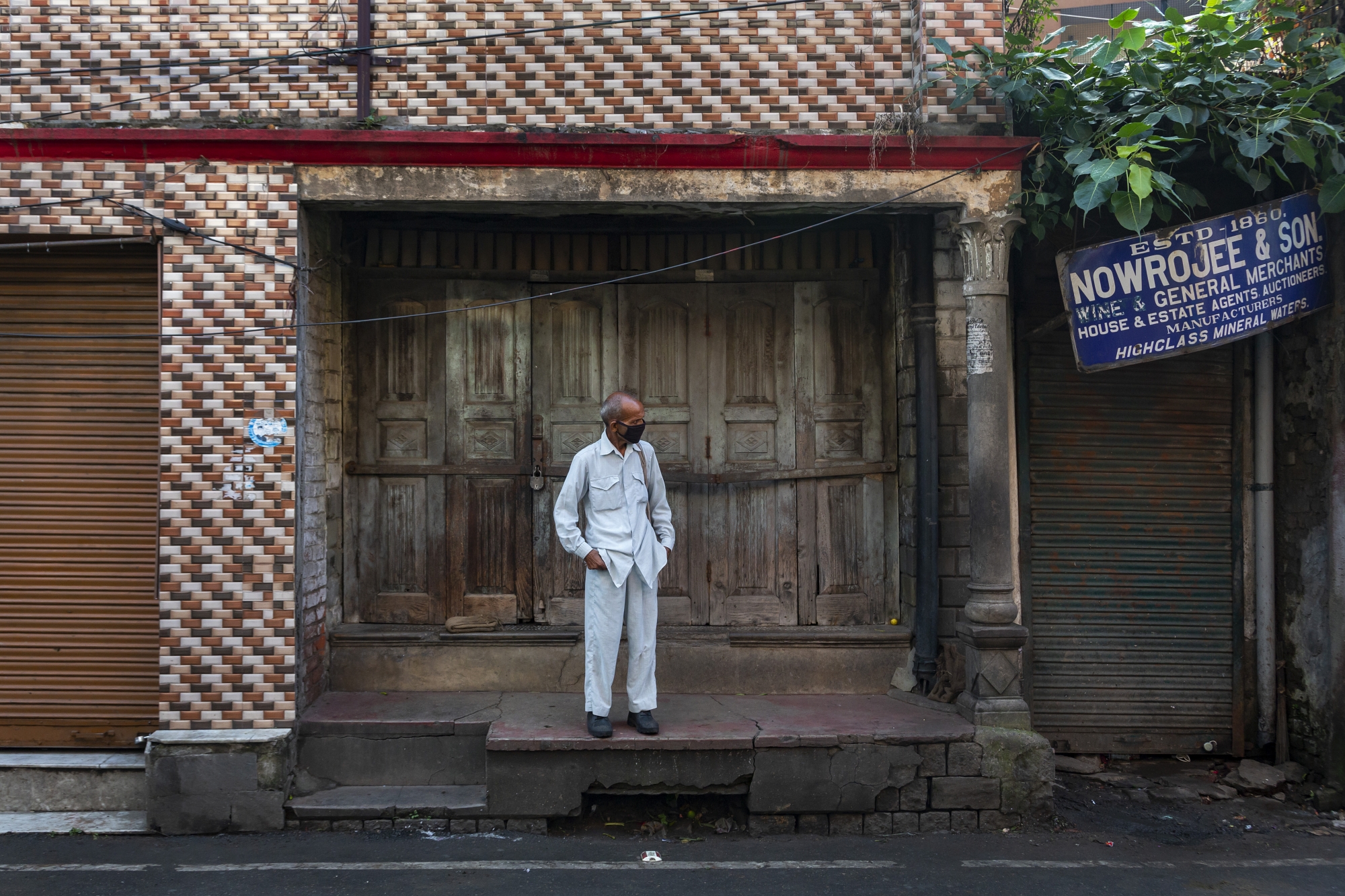 “What we do right now, we will enjoy later. What we do wrong, we will suffer later,” Lofven said.

Lofven urged people to avoid gatherings, private parties, crowded places and recommended employers to allow people work from home. Schools and restaurants in Sweden have remained open, while wearing a face mask is optional and keeping social distance is recommended.

Sweden will lift a national ban on visiting elderly care home next month. The country has 90,289 confirmed cases and 5,878 deaths.

— Is it the flu? With cold weather coming to the Northern Hemisphere, people want to know how to distinguish symptoms

— Many at U.N. summit plead for a COVID-19 vaccine to be available and affordable to all, but their appeals are likely in vain

— Beijing auto show, the year’s biggest sales event for a struggling global industry, is forging ahead with virus controls in place

HELSINKI — Finland says it will reintroduce entry restrictions Monday on traffic between neighbors Iceland, Norway and Sweden as well as Estonia, Germany and Slovakia because of rising coronavirus infections in these countries.

The Finnish government says only countries with a maximum of 25 coronavirus cases per 100,000 inhabitants in past two weeks are allowed to travel to the Nordic country.

Traffic in border areas between Finland, Norway and Sweden will be allowed for those residing in nearby communities, with certain restrictions. Relaxed rules also apply to business-related travel.

LISBON, Portugal — Portugal’s government is extending through mid-October its curbs on the sale and consumption of alcohol and limits on gatherings.

The official number of coronavirus cases in Portugal has been rising for five weeks. On Thursday, authorities reported 691 new cases over the previous 24 hours. Officials say they expect the number of new daily cases to reach1,000 next week.

The restrictions include a 10-person limit on gatherings and only four people allowed in food establishments close to schools. Authorities have also banned alcohol sales after 8 p.m., except for in restaurants, and drinking in public spaces.

In Moscow, more than 1,000 new cases were recorded Thursday for the first time since June.

The number of daily new cases started to grow in late August in Russia, which has the fourth largest caseload in the world at 1.12 million infections. There have been nearly 20,000 confirmed deaths.

Officials have repeatedly dismissed speculation of a second lockdown, saying the increase was expected and Russia’s health care infrastructure was prepared for it.

Russia was the first country in the world to approve a vaccine against the virus last month. The move elicited criticism from experts worldwide because the shots were tested on a few dozen people. More studies are needed to establish the vaccine’s safety and effectiveness.

JOHANNESBURG — Health experts are criticizing the early modeling in the coronavirus pandemic that assumed people in Africa would die in droves.

Uganda hospital official Sam Agatre Okuonzi told a World Health Organization briefing it was predicted by September there would be 600,000 cases of COVID-19 and 30,000 deaths.

Okuonzi says the models were informed by “well-entrenched biases about Africa.”

WHO Africa chief Matshidiso Moeti says Africa’s youthful population has made a difference, with just 3% of the population over age 65. She says several countries imposed early lockdowns and there’s less travel from other regions.

Some health experts are looking into whether exposure to previous coronaviruses has helped immune systems to better respond to this one. They’ve also said the continent’s experiences with previous outbreaks is likely helpful among the 54 countries and 1.3 billion people.

TOKYO — At least 70 employees from a food processing factory in eastern Tokyo have tested positive for the coronavirus two weeks after a first case was found at the plant.

The Takara-Butz company said Thursday that the first case surfaced on Sept. 9 at its Kasai sandwich factory. The company said in a statement that had the plant disinfected and took other prevention measures under the supervision of local health officials.

Dozens of workers who were suspected of having close contacts with the first infected person patient were told to self-quarantine, and 30 eventually tested positive. By Thursday, the rest of the plant’s 300 workers were tested and 39 were found to have the virus, bringing the total confirmed cases to 70.

Takara-Butz said none of the workers had serious cases and all would return to work after they are confirmed to be free of the virus.

The Cabinet voted early Thursday to close all nonessential businesses, including open-air markets. It agreed that prayers and political demonstrations should be limited to open spaces and no more than 20 people, and that participants would not be able to travel more than a kilometer (0.6 miles) from home to attend either.

The measures are set to go into force on Friday afternoon, as the country shuts down for the weekly Sabbath.

The restrictions on demonstrations are subject to approval by the Knesset, Israel’s parliament, and the limits on both prayers and protests could spark a backlash.

Israel is currently reporting nearly 7,000 new cases daily, making the outbreak in the country of 9 million people among the worst in the world on a per capita basis.

LONDON — Top officials of two firms developing COVID-19 vaccines say pharmaceutical companies are working together to see how much information they can release to the public about their testing regimes as drug makers and public health officials try to boost confidence that any vaccine approved by regulators will be safe to use.

AstraZeneca CEO Pascal Soriot and Paul Stoffels, chief scientific officer of Johnson & Johnson, said spoke Thursday during a panel discussion sponsored by the World Economic Forum. The two said they recognize the coronavirus emergency demands increased transparency from vaccine developers to ensure the public has faith in the end product. But they stressed that there are limits because companies and scientists must protect patient confidentiality and the integrity of their research.

Soriot said the public ultimately will have to trust regulators around the world and the independent experts that oversee drug trials.

“At the end of the day, you’ve got to trust that the experts whose job it is to monitor these trials and these developments are doing a good job,” he said. “Medicine should not be practiced for the media, it should be practiced by experts.”

BRUSSELS — Belgium’s health minister said Thursday that a COVID-19 vaccine should be available in the country and other European Union member countries in March.

Speaking to La Premiere radio, Health Minister Maggie De Block said the vaccine will be provided by French pharmaceutical company Sanofi. The EU’s executive commission announced a deal last week with Sanofi and GSK that allows its 27 members to buy up to 300 million doses of a potential COVID-19 vaccine.

“Normally, the first vaccine will be Sanofi’s and will arrive in March,” De Block said, adding that the shots will be delivered in monthly batches.

She says health authorities are recommending that caregivers and people considered vulnerable to COVID-19 be given priority for vaccinations.

Chancellor Rishi Sunak is expected to unveil an income support program Thursday under which the government would subsidize the wages of workers whose hours have been cut due to the pandemic. He is scheduled to announce his plans in a speech to the House of Commons at around 11:45 a.m. BST (10:45 GMT).

The plan would replace a furlough program which is due to expire next month. Under that program, the government pays 80% of the wages of workers who were placed on leave.

The Times of London reports that the new wage subsidy program will be part of larger package of measures to support the U.K. economy, including a cut in the value-added tax and increased loans for businesses hurt by the pandemic.

COPENHAGEN, Denmark — Denmark’s education minister is urging parents and schools to cancel “all social events,” including camps but also private gatherings like birthday parties to which classmates are invited.

Education Minister Pernille Rosenkrantz-Theil said in a letter on Wednesday the children’s social activities should be suspended because “an active effort is needed to ensure that we can keep up schools open.”

Rosenkrantz-Theil said that of the increasing number of coronavirus cases Denmark is seeing, a large proportion of them are in children and young people aged 10-29.

“Only by helping each other, we can slow down the infection again,” the minister said. “We did it in the spring. Now is the time for us to roll up our sleeves again.”

Denmark has reported a total of 24,357 confirmed virus cases, including 558 new ones from the previous day, and 643 deaths in the pandemic.

India now has confirmed more than 5.7 million cases, the second-most in the world. The Health Ministry also said Thursday that 1,129 more people have died, for a total of 91,149.

India’s junior Railways Minister Suresh Angadi died on Wednesday, nearly two weeks after he was admitted to a New Delhi hospital with COVID-19. He was the first federal minister and the fourth Indian lawmaker to die from the disease.

Modi on Wednesday decried short, local lockdowns imposed in some places and said the country needs to not only keep fighting the virus, but also move ahead boldly on the economic front.

He asked states to focus on testing, tracing, treatment and surveillance. He said lockdown restrictions hit smooth movement of goods and services, including medical supplies.

SACRAMENTO, Calif. — Gov. Gavin Newsom is allowing health officials to hide their addresses under a California program designed to protect people from harassment or violence.

Newsom signed an executive order Wednesday permitting the secretary of state to make the Safe at Home program available to local health officers and other public health officials.

The program provides substitute mailing addresses for sexual assault and domestic violence victims, among others.

The governor’s office says making public health officials eligible can protect those on the front lines of fighting the virus.

BEIJING — Foreigners holding certain types of visas and residence permits will be permitted to return to China starting next week as the threat of coronavirus continues to recede.

The new regulation lifts a months-long blanket suspension covering most foreigners apart from diplomats and those in special circumstances.

Beginning Monday, foreign nationals holding valid Chinese visas and residence permits for work, personal matters and family reunions will be permitted to enter China without needing to apply for new visas, according to the regulation.

Those whose permits have expired can reapply.

Returnees must undergo two weeks of quarantine. The announcement was made by the Ministry of Foreign Affairs and the National Immigration Administration on Wednesday.

China has confirmed 85,314 cases of COVID-19 since the virus was detected in Wuhan late last year. The seven new cases reported Thursday were all imported, marking 39 days since the country has reported a case of domestic transmission.