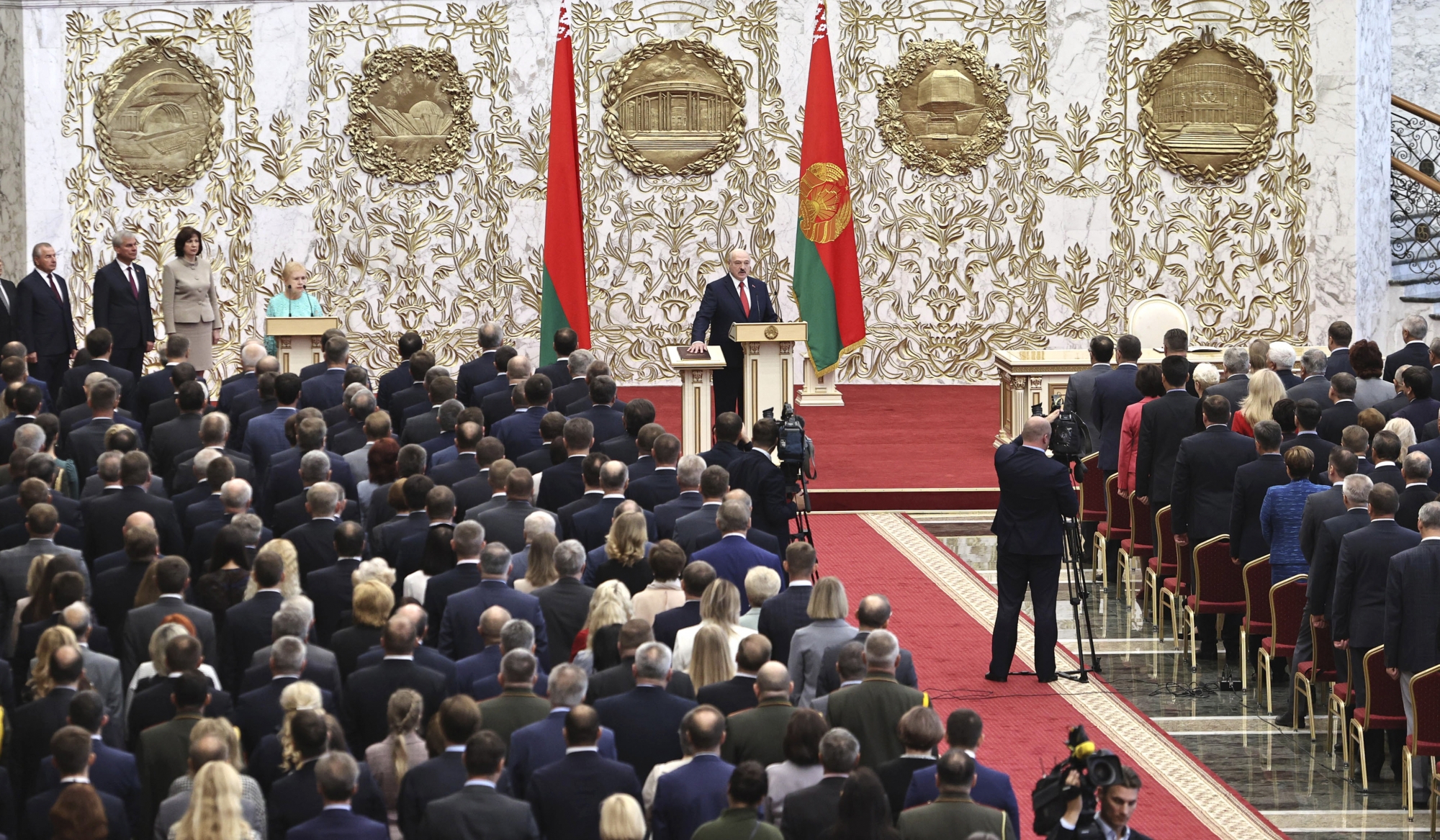 BRUSSELS (AP) — The European Union said Thursday that the swearing in of Belarus President Alexander Lukashenko to a sixth term during a secretive ceremony lacks democratic legitimacy, defies the will of the Belarusian people and will only deepen the country’s political crisis.

EU foreign policy chief Josep Borrell reiterated that the 27-nation bloc did not recognize the result of the Aug. 9 election that kept Lukashenko in power after 26 years and said that “on this basis, the so-called ‘inauguration’…and the new mandate claimed by (him) lack any democratic legitimacy.”

Thousands of Belarus citizens have taken part in more than six weeks of rallies against the authoritarian leader’s reelection, which the opposition says was rigged.

“This ‘inauguration’ directly contradicts the will of large parts of the Belarusian population, as expressed in numerous, unprecedented and peaceful protests since the elections, and serves to only further deepen the political crisis in Belarus,” Borrell said in a statement.

Lukashenko was sworn in Wednesday at an inaugural ceremony that was not announced in advance. Police and other security forces blocked off parts of the city and public transportation was suspended.

Borrell underlined the EU’s belief that “Belarusian citizens deserve the right to be represented by those they freely choose through new inclusive, transparent and credible elections,” He praised their courage.

On Monday, EU foreign ministers failed to impose sanctions on Belarus officials suspected of election fraud or of playing a part in a brutal security crackdown on the post-election protests, despite appeals from Lukashenko’s main opponent to take courageous action against his regime.

Cyprus continues to block the sanctions move until similar measures are slapped on Turkey for its disputed energy exploration in the eastern Mediterranean Sea. EU leaders will try to break the deadlock when they meet in Brussels on Oct. 1.

In an email statement to The Associated Press on Thursday, Danish Foreign Minister Jeppe Kofod said “Lukashenko does not belong in a presidential palace. He belongs on the EU sanctions list.”

“The secrecy surrounding his inauguration ceremony just illustrates that he has not been sworn in based on free and fair elections, but on election fraud and violence,” Kofod said.