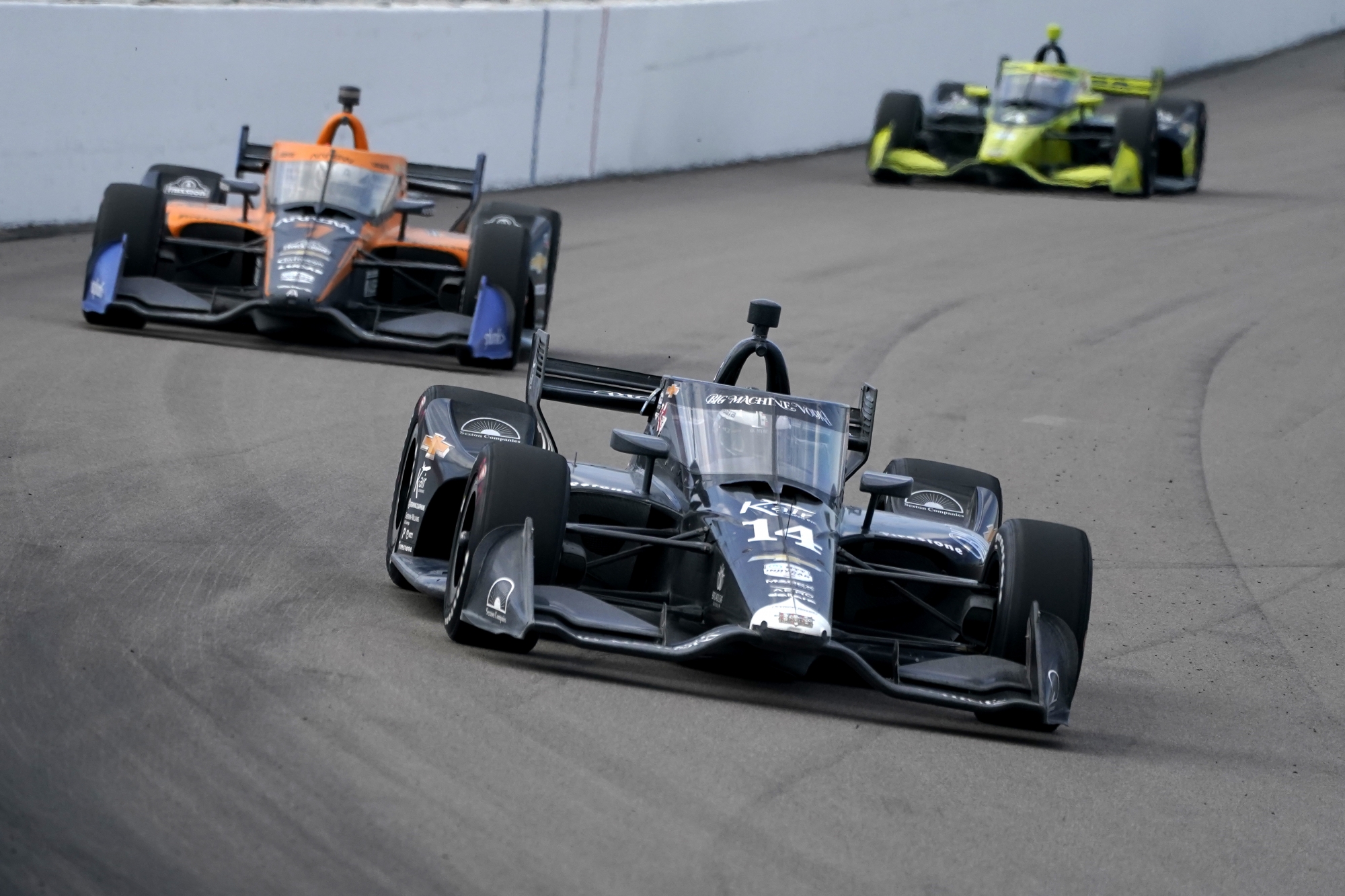 Oliver Askew knew something was medically wrong in the days after “the hardest hit I’ve ever had” in the Indianapolis 500. He’d been evaluated and cleared to race after the crash, but he just didn’t feel right.

The IndyCar rookie told The Associated Press on Thursday he has been experiencing dizziness, sleeping difficulties, irritability, headaches and confusion since he crashed in the Aug. 23 race. He continued to race in four more events as he tried to “play through it” until friends and family encouraged him to seek medical treatment.

He’s since been diagnosed with a concussion and is working on a recovery plan with the University of Pittsburgh Medical Center’s sports medicine concussion program, the same place NASCAR star Dale Earnhardt Jr. received care. Askew will not compete in next weekend’s doubleheader on the road course at Indianapolis and Arrow McLaren SP will use three-time Indy 500 winner Helio Castroneves in the No. 7 Chevrolet.

“This is all I’ve worked for. I don’t come from money and I’ve worked my way up and have finally gotten my shot in a good car,” the 23-year-old told AP. “And then all of a sudden, the results just weren’t there in a car I knew should be performing. And I just didn’t feel like myself, you know?

“So initially I felt like I needed to stay in the car and continue to improve. And then I didn’t feel like I could I could do that with my condition and what was going on. I was starting to lose confidence in myself.”

Athletes often hide injuries to continue competing and even Earnhardt admittedly masked concussions during his driving career. Askew didn’t know what was wrong with him but was frightened to get out of the car. He is a paid driver who brings no sponsorship money to the team and owner Sam Schmidt holds the option on his contract.

As he tried to race on, his performance suffered. Askew, last year’s Indy Lights champion, had finished third and sixth at Iowa — the previous two races before Indianapolis. After the crash, he was part of a multi-car accident the next week at Gateway and has not finished higher than 14th in the four races since Indy.

A year after winning seven Lights races, Askew has fallen from 12th to 18th in the standings and slipped considerably off the pace. He said he struggled in team debriefs, had difficulty giving feedback and has gone through a personality change that was noticeable to those close to Askew.

Spire Sports + Entertainment, which represents Askew and was among those who pushed the driver to see a doctor, noted Arrow McLaren SP did not reveal that Askew was suffering from a concussion in its Thursday announcement he would miss next week’s race.

“Oliver clearly demonstrated his talent until Lap 91 of the Indianapolis 500 and I hope this does not become another case study of why athletes do not tell their teams they are injured,” said agent Jeff Dickerson. “The reason they do that is because more often times than not they are replaced. In motorsports, there is always somebody to replace you, and whether it was Dale Jr. or Oliver Askew, there is always another driver available.

“I hope this is not a barrier to progress for other drivers — especially young drivers afraid of losing their job — to notify their teams they are hurt. I hope the team proves me wrong because the good news is, the kid has had a head injury for the past month and has still run 14th in IndyCar.”

After finally seeking medical treatment, Askew said he was relieved to learn there was something wrong. He said doctors told him the injury has a “100% recovery rate” and he believes he will be able to race in the IndyCar season finale next month at St. Petersburg. He’s been rehabilitating with exercises and tasks that strain the brain such as deliberately going to grocery stores and the airport.

“Honestly, you know, if I had not gone to see medical professionals I would probably stay in the car,” Askew said. “But now after after hearing what’s wrong and that it could get worse, God forbid I have another hit, I know I did the right thing. I think I can be an example for young drivers now in stepping up and saying something is wrong, I need to have this checked out.”