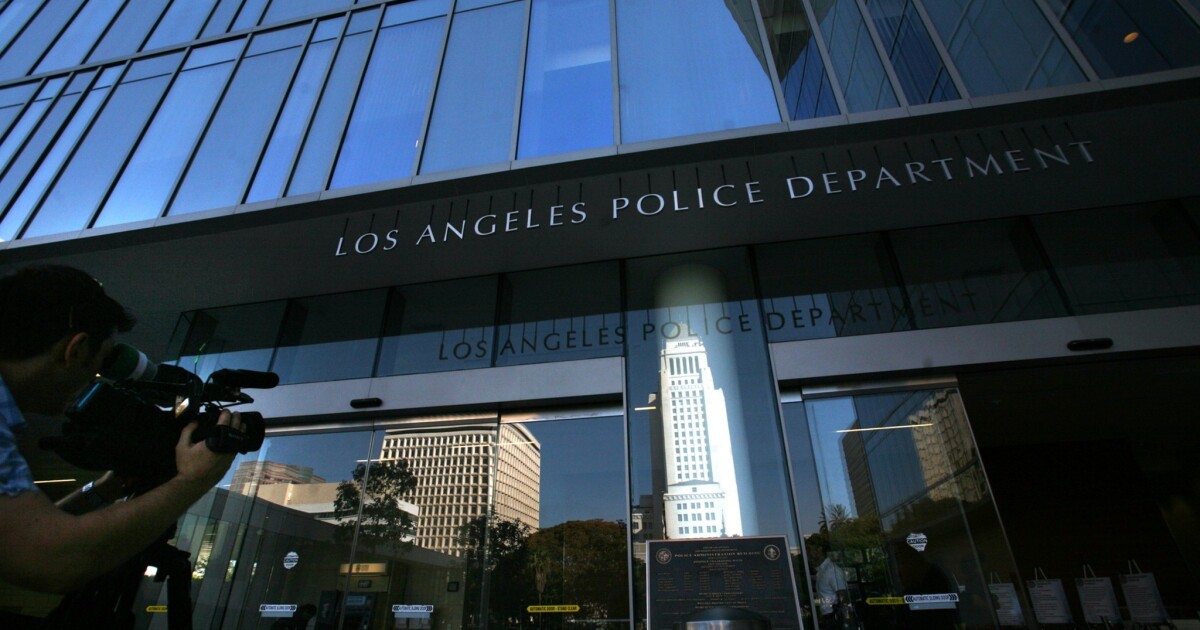 A Los Angeles police officer on Thursday was arrested for a second time — this time on a felony count — in relation to a January incident in which he is accused of stealing cash from the backpack of an employee at a cannabis grow facility, prosecutors and police said.

Officer Luis Mota, 46, was first arrested on suspicion of theft at the grow facility on Jan. 27 as narcotics officers conducted enforcement there. Police said that the employee had alerted an LAPD supervisor that money was missing from her backpack, and that surveillance video pointed to Mota as the culprit. He was charged then with misdemeanor theft.

On Thursday, the Los Angeles Police Department said Mota had been rearrested on a felony burglary charge brought by L.A. County Dist. Atty. Jackie Lacey’s office based on the findings of an internal affairs investigation. Lacey’s office would not comment on what new information or evidence prompted the added charge.

Mota’s attorney did not immediately respond to a request for comment Thursday. Mota could not be reached for comment.

Mota’s bail was set at $50,000, but he was released from jail under rules aimed at reducing the spread of the coronavirus in jails.

Mota is scheduled to be arraigned in January. If convicted, he faces up to three years in jail.