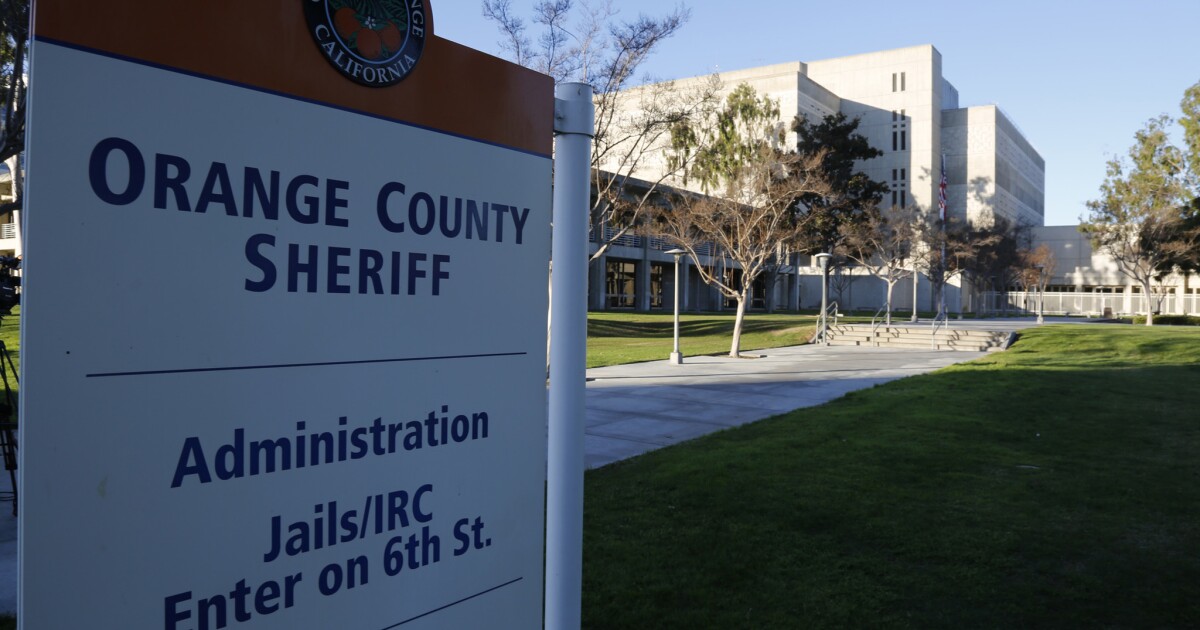 The fatal shooting of a Black man by two Orange County sheriff’s deputies during an altercation in San Clemente, captured on video, spurred a protest and the arrest of several activists who blockaded a street on Thursday.

At least five protesters were taken into custody when about 50 people demonstrated at the site of the killing.

In a cellphone video of the shooting Wednesday, two sheriff’s deputies can be seen confronting the man, later identified as Kurt Andras Reinhold, in the middle of El Camino Real. The deputies then wrestle him to the ground. After one of the deputies yells, “He’s got my gun. he’s got my gun,” two shots can be heard in the video first posted by Local Story.

The video begins by showing deputies from a specialized detail that handles homeless issues seeking to corral Reinhold, 42.

The deputies then push and grabbed Reinhold and wrestle him to the ground on a grass area on the sidewalk about 1:15 p.m. near the Hotel Miramar.

Reinhold wiggles on the ground as deputies try to apply their weight to him and restrain his arms.

The video, shot by a bystander on the opposite curb, does not show enough detail to determine whether the man actually reached for the deputy’s gun.

But within a second, two shots can be heard on the video and the bystander recording the video says, “Oh my God.”

The deputies in a second video are then seen desperately trying to perform CPR on the man.

Sheriff Don Barnes said Thursday that Reinhold tried to unholster the weapon. “It is not clear if Mr. Reinhold was able to get the weapon out of the holster,” he said.

“Obviously it ended in a way we did not hope,” Barnes said. “Weapon retention is one of the first things taught in the academy.”

Carrie Braun, a department spokeswoman, said she could not say what lead to the detention of Reinhold because deputies did not convey that information to the department as part of their statement on the shooting. She said that information will be gathered by the Orange County district attorney ‘s investigators who handled shootings by sheriff’s deputies.

Reinhold had lived in San Clemente for 30 days, the sheriff said, and had be approached about receiving shelter but declined.